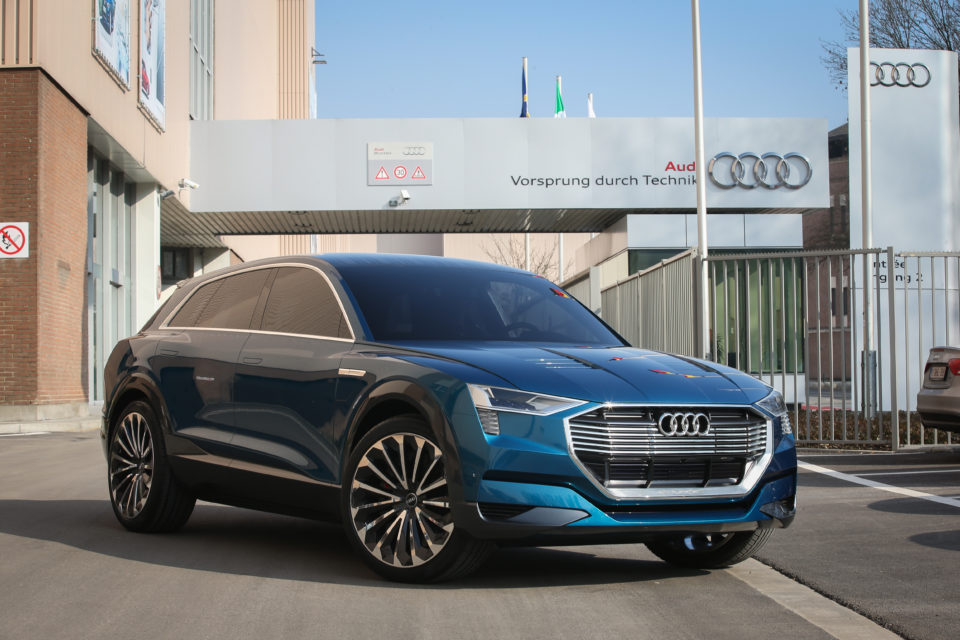 A prototype of the new Audi Q6 E Tron at the Audi Brussels automobile plant in Vorst – Forest, Brussels, The electric SUV will be produced at the plant in Brussels BELGA PHOTO BRUNO FAHY

Twenty years ago Renault closed it’s factory in Vilvoorde, followed bij Opel in Antwerp (2010) and Ford in Genk in (2014). Only two car manufacturers remain active in Belgium: Audi Brussels and Volvo Genth. Will they be able to survive? Or can Belgium hope in China and Tesla for the future?

Until 1990 Belgium was the ‘Mekka’ of the European car assembling industry, building over a million cars a year with over 37.600 people working in these factories. A world record in the number of cars build per capita.

After the second world war car assembly was booming business in Belgium with brands like Ford, Renault, Peugeot, Mercedes, BMW, Fiat, Volkswagen, Volvo,… Today only two of them remain: Audi and Volvo, good for 353.955 cars in 2016. Most brands returned to their homelands when customs tariffs started to disappear or focused on countries with lower labour costs in Eastern Europe. Like the Czech Republic or Slovakia who take over Belgium’s leading role today.

Audi Brussels’ future is guaranteed somehow until 2025 with the production of the electrical SUV, the Audi Q6 e-tron Quattro, due for 2018. But it still remains uncertain whether that model can equal the success of the small A1 that was exclusively build in Brussels. If not, the factory workers could be out of a job soon. That’s why he Belgium factory would like to have a second model to be allotted.

“Without the Belgium government subsidizing, the VW group probably would have closed the factory”, professor Ferdinand Dudenhöffer from the Duisburg-Essen University thinks. “But government support isn’t key. Look at Renault, Opel and Ford in Belgium. There is still a significant over-capacity in Western Europe and labour costs remain high”.

The future of Volvo also has question marks. Today Volvo Genth builds up to 250.000 cars a year. That’s half of Volvo’s total production. Genth will lose it’s most successful model next year, the XC60 but will get the smaller XC40, whitch is believed to become a hit too. Meanwhile Chinese owner Geely is building new factories in China and the US. Geely wouldn’t risk to close Volvo’s home base in Sweden, so Genth might come into the picture if Geely ever has to close a factory in the future.

“But you can’t exclude that new factories will be build in Belgium in the future”, says Geert Bruyneel who headed the Volvo Genth plant for years and who is Volvo’s vice-CEO for Asia today. “Belgium has a lot of trump cards. Like good logistics and highly educated workers. There are dozens of Chinese car manufacturers who focus on their home market now, but might want to invest in Europe when expanding”.

Another future track might be Tesla, that will decide this year where to build it’s European mega-factory. Today Tesla only has limited assembling capacity in it’s factory in Tilburg (Netherlands). Flanders hopes Tesla will choose Antwerp or another Flemish location, but there are rivals on the field. Like NedCar in Born, near the Belgian border. The former Mitsubishi factory now assembles three Mini models for BMW and will soon build the small BMW1 SUV too. And this flexibility is a major trump these days.

According to Dudenhöffer car manufacturers love flexibility. They are looking for external production capacity when needed. That’s cheaper than building their own factories. Dudenhöffers also sees a lot of opportunities in emerging technologies like the autonomous car and artificial intelligence. “But while the US is testing already with autonomous driving cars, Europe still isn’t. It might be a good thing if Belgium would allow this as soon as possible.” 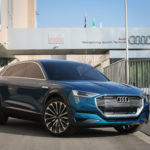