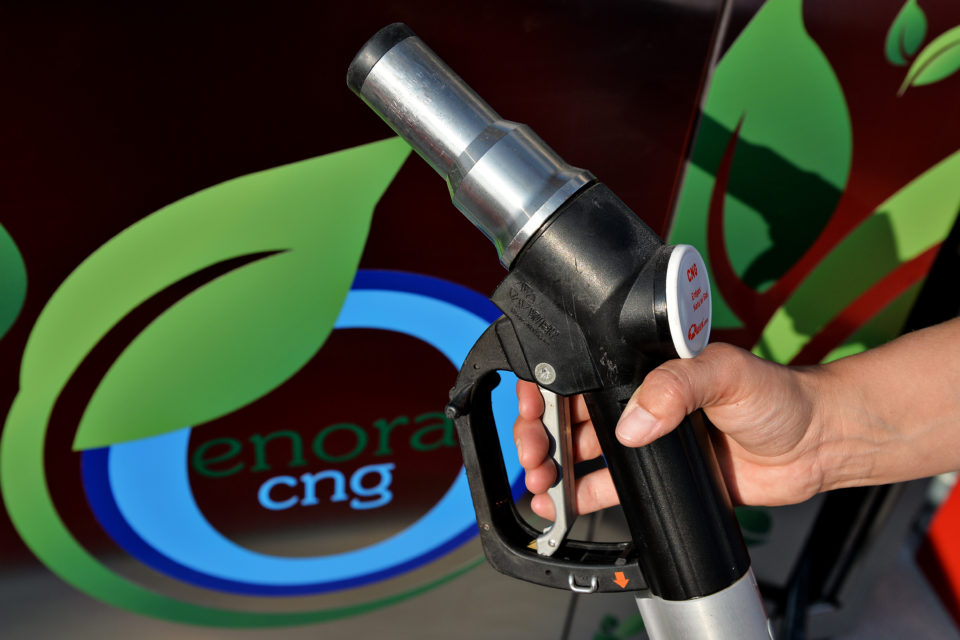 Time to turn the page of fossil fuels. Oil is out of its breath after dominating the previous century, but luckily credible alternatives exist. In La Capitale Lisa Vandenbossche sketches over four pages an overview of these alternatives and checks how Wallonia is doing to adopt them.

The sector for alternative fuels for vehicles is expanding fast. Full electric vehicles, hybrids and cars on natural gas are available and reliable. Hydrogen technology is promising and is said to be the most ecological solution. The goal is to have a hydrogen fuel station every 300 km in Europe, being 1 for every 250.000 inhabitants by 2020. That’s tomorrow. But states who don’t have any hydrogen stations today, will get an extra 10 years to do it.

The future is also the intelligent home, eventually interacting with the car’s batteries. Going on foot, by bicycle or sharing cars are other interesting alternatives. Twenty years ago, nobody was sorting domestic waste. Today Wallonia is within the world’s leading group. So, this proofs it is possible to change people’s behaviour quite rapidly.

According to the Belgian federation of car manufacturers FEBIAC and the federal Agency for Mobility and Transport, the number of diesel cars was 52% in 2016, coming form 80% eight years earlier. Hybrids accounted for 15.405 registrations by the end of November 2016, being a market share of 3%, compared to 1,9% in 2015. Full electric cars stayed under 2.000.

Only 880 full electric cars are roaming the roads in the Walloon provinces, compared to a total of 1,5 million cars and a replacement market of 150.000 a year. Still lots of potential users suffer from the ‘range anxiety’. “Today the average EV has a range of 120 to 150 km”, Pascal Lehance, expert in transport and energy at Service public de Wallonie says. “It may seem little, but the daily average movement in Wallonia is only 16 km. 85% of motorists drive less then 40 km each day. So the range is largely sufficient for most Walloons.”

Other drawback: the batteries and recharging possibilities. The number of charging points is growing in Wallonia, mostly north of Sambre and Meuse to a total of 212 today. Most of them have two connections and a capacity of 22 kW, taking one hour to charge one car, two hours when two cars are charging simultaneously. Charging at home takes 8 hours at 230 V, 4 to 5 hours at 400 V. “But savings are important”, Lehance adds. “The average electricity cost for 100 km is 1 to 2 euro”.

Worldwide more then 20 million vehicles drive on CNG (Compressed Natural Gas). There are quite a lot of models available, especially from German or Italian car makers. “The extra cost is about 10%”, Lehance says. “The autonomy and fuel consumption (5 kg per 100 km) are comparable with a petrol car”. CNG cars emit 46% less fine particles then a modern Euro6 diesel. CO2 levels are roughly the same as for petrol.

Drawback is the number of fuel stations in Wallonia: only eight, mostly in the Hainaut region and Brabant-Wallon. Flanders is better equipped, mostly thanks to DATS 24 from the Colruyt group which promotes CNG. “CNG is the only alternative that can be deployed massively. And it is the most interesting alternative in terms of costs for the individual and costs of infrastructure”, Lehance says. “And everybody who has a gas connection at home, can use a compressor to fuel the car”.

By 2018 about 30 new CNG fuel stations are forseseen in Wallonia. DATS is accelerating the rollout and new players like Pitpoint are planning 8 new stations. ENoRA is planning 20 new stations by 2020.

The principle of a hybrid car is to use both an electric engine and a combustion engine on fossil fuel. The hybrid car is most efficient in the city and in step-by-step traffic when it uses its electric engine most. When you need more power, our the battery is drained, the combustion engine jumps in. Pure electric driving is limited to 2 to 3 km or 50 km/h. Plug-in hybrids have a larger capacity battery of 8 to 11 kWh, giving it a range of 20 to 45 km on average and a top speed of 130 km/h. It needs 2 to 4 hours to charge.

In Wallonia, the public transport company TEC sets the good example with 298 hybrid buses by 2018. The first 90 Volvo hybrid buses were ordered in January and will be deployed in Charlerloi and Namur-Luxembourg. They will recharge in specific bus terminals. The first quarter of 2018 the second order of 208 buses will be delivered for Hainaut and Liège-Verviers. 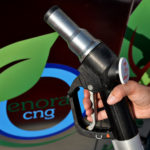