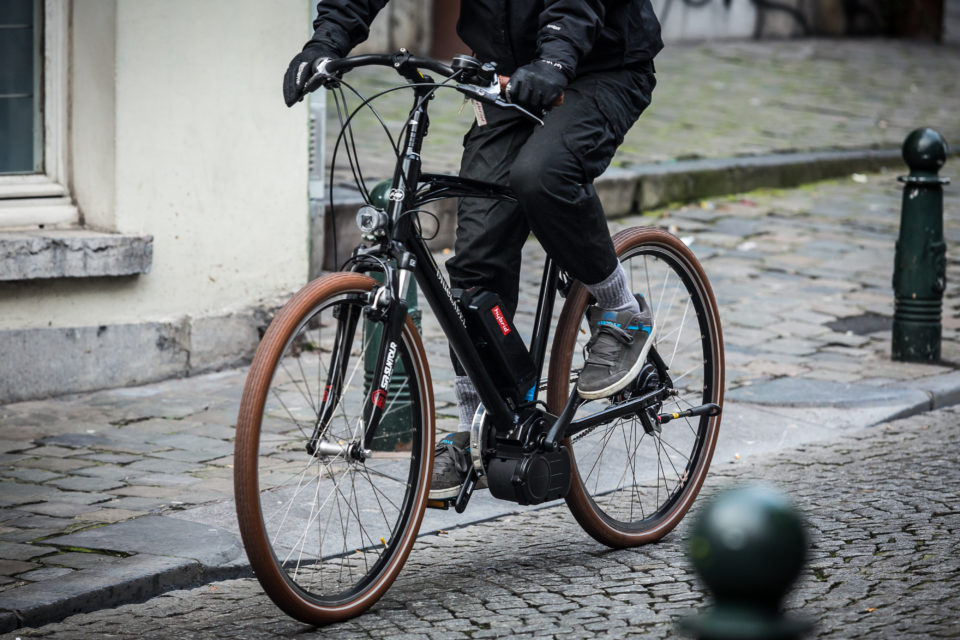 The Belgian Institute for Road Safety (IBSR/BIVV) counted 730 crashes implicating e-bicycles against 510 in 2015. “This 43% increase has to be put into perspective with the keen interest for this new way of transport” says the IBSR/BIVV. In 2016, Belgians have bought 475.000 electric bicycles from bike dealers, representing 39,2% of bicycle sale or nearly 2 out of 5.

Last year 8 people died on the spot in an electric bike accident and some – yet uncounted – died later at the hospital. “The majorly of victims are women (58%) and people aged 65 or more (42%)” adds Benoit Godard, IBSR/BIVV spokesperson. In normal cycling accidents, only 37% of women and of 13% seniors are involved.

That difference can be explained by the augmented manoeuvring difficulty of an e-bicycle and also by the fact that car drivers underestimate the speed of those bicycles. Furthermore, an electric bicycle travels an average of 31 km per week against 18 km/week for a conventional bike.