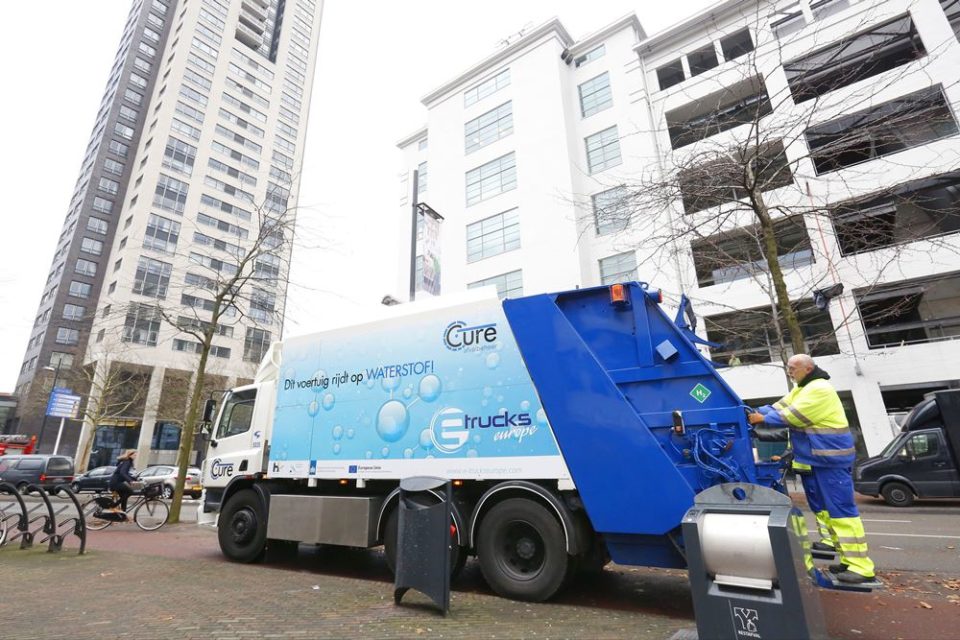 Duwaal, a consortium of companies and institutes in the North-Holland coastal provinces, plans to roll out at least 100 hydrogen driven trucks among which a fleet of garbage trucks, by 2020 as a way to boost a breakthrough of hydrogen in the transport sector. The hydrogen needed for this will be produced locally with wind mills.

“Scale is needed to force a breakthrough for hydrogen technology “, says project leader Jan Willem Langeraar from HYGRO, a company that wants to offer hydrogen produced with wind energy and not as a by-product of the chemical industry. “Not that 100 hydrogen trucks will be enough, but it shows a business case is feasible”.

The trucks will be delivered by E-Trucks Europe, a Belgian-Dutch company with branches in Lommel (Belgium) and Westerhoven (Netherlands) which is specialized in converting new or second hand trucks into electric trucks and fuel cell trucks. A few hydrogen driven garbage trucks are already driving successfully around in both countries.

The trucks are stripped of their combustion engines which are replaced by an electric motor, a battery pack and the fuel cell and hydrogen tanks, storing the hydrogen at 350 bar. “Filling up looks like filling up with diesel. It’s fast and you’ll get as far with it as with diesel”, says John van Roon of E-Trucks Europe. All hydraulic and electrical systems of the truck are working on the same energy source.

“Up until now the experiments were too small to convince the sector of the possibilities of hydrogen”, van Roon and Langeraar say. “Exploiting a hydrogen fuel station is very expensive if only three vehicles pass by to fill up and the price of a kilogram of hydrogen is to high. We want this price to equal the diesel price by offering hydrogen made by wind energy”.

On the test site of the energy research center ECN in the Wieringemeer area (North-Holland), an electrolysis device will be connected to a wind turbine to produce enough hydrogen to fuel 100 hydrogen trucks. The hydrogen is brought to land by pipeline, provisioning 5 hydrogen fuel stations in Amsterdam and Alkmaar among others.

The hydrogen garbage trucks are developed together with garbage truck specialist GeeninkNorba. “A garbage truck on batteries only won’t work”, says van Roon. “It needs a lot of peak energy and then a battery empties quickly”.

At the moment it are mostly cities like Groningen, Amsterdam and Breda who are pushing hydrogen technology for heavy transport. “Federal government support would be welcome. Without support the Duwaal project won’t work. We need subsidies to bring hydrogen over its death point”, says project leader Langelaar.

“By the summer of 2018 the first hydrogen garbage truck from the Duwaal project will be driving on the Amsterdam Dam”, predicts van Roon. “We are simply going to do it and find out if we can make it. There has been to much talking only on hydrogen already.” 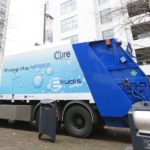