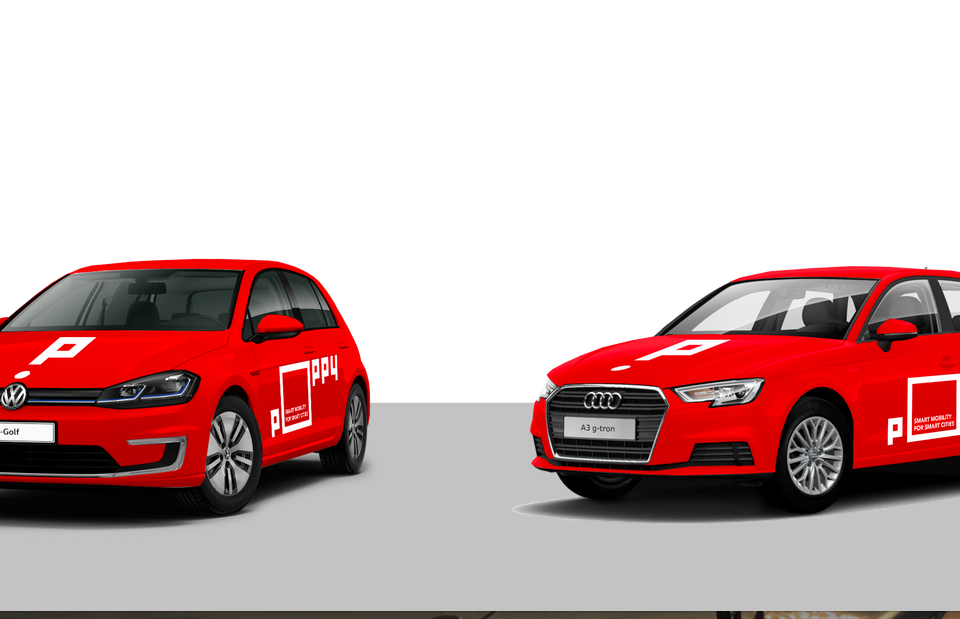 They will be all vivid-red, but green at the same time: the 350 free floating shared cars D’Ieteren will spread over Antwerp from January 1st 208 together with the startup Poppy. The ‘Poppy’ fleet is composed out of 200 full electric Volkswagen e-Golf and 150 Audi A3 on compressed natural gas (CNG).

The Poppy project is part of new activities D’Ieteren announced on Friday with Lab Box. In a first test phase until the end of the year the fleet will exist of 20 Golfs and 10 Audi’s.

Like free floating shared bikes, the nearest Poppy car can be located by a smartphone app and unlocked by everyone subscribing freely on the platform. Costs are limited to 30 to 33 euro cents per minute. No extra charges are made.

Bring it back to Antwerp

“There are only two conditions”, says Alexander Van Laer (25) who together with Moos Tits (29) started Poppy in a corporate venture with D’Ieteren. “The car has to be left withing the Antwerp territory and this on an official parking spot”. Poppy aims at people needing to move within the city, but also outside of it.

“You can use the car to go for the weekend to the sea side”, Van Laer says. The electric e-Golfs are good for a range of 300 km. For longer distances D’Ieteren provides 150 Audi’s on CNG too.  “We’re working on special rates for weekends and long distances”, Van Laer adds.

“We have a team of jockeys”, says Van Laer, “who will look after charging the cars or filling up with CNG, servicing the cars and watch over the cars being spread over the city, avoiding to many of them being concentrated at one district”.

D’Ieteren chose Antwerp to start with “because it is a city with a big mobility problem”, says D’Ieteren’s Director Mobility and director of Lab Box, Dirk Joos. “Other cities will follow in a second phase”. Similar free floating car sharing systems are already in use in several European cities like Madrid, being ahead with 500 electric cars and 166.000 users.

7 private cars less on the roads

“In less than six months 100.000 rides have been made”, says Joos. “That shows how popular it is”. The Antwerp city council voted on Friday in favour of Poppy coming to the city. Antwerp Alderman for Mobility Koen Kennis (NV-A) sees only benefits: “According to calculations a shared car avoids seven – sometimes more – private cars being on the road”. 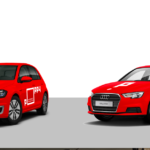