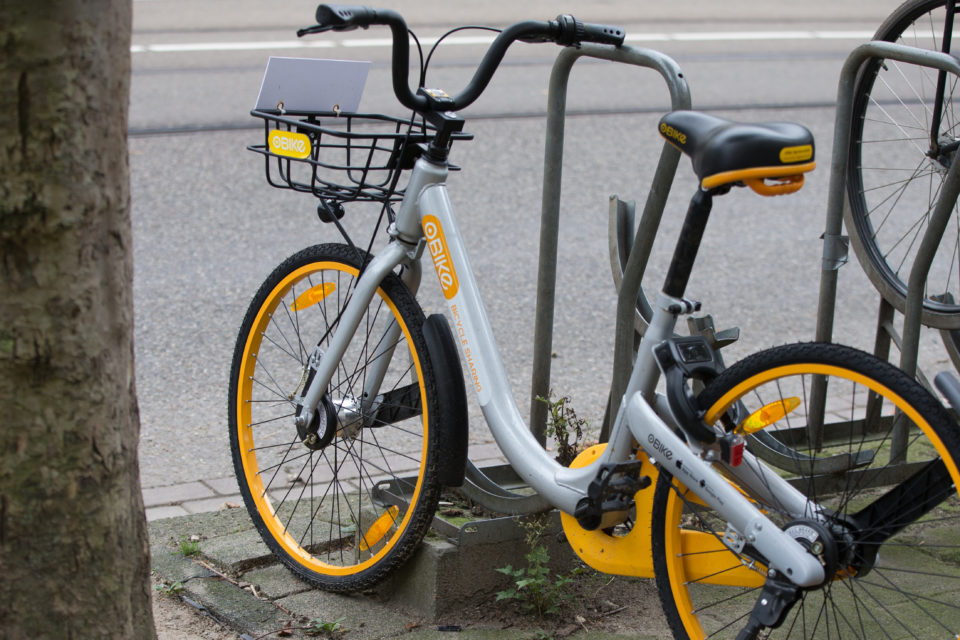 All of a sudden the yellow-orange free shared floating bikes from Singapore startup Obike appeared in Brussels on Friday. 500 bikes are spread all over the city, in bike parking spaces but also against trees and on the boardwalks. A tsunami of Asian shared bikes is likely to hit Belgium any time now, but local authorities are jamming on the brakes, De Tijd writes.

It won’t stop with Brussels. All 13 central cities, except for Turnhout, had delegates from free floating bike companies. OBike came knocking at the doors of the Antwerp and Ghent city authorities, Leuven got requests from more then ten shared bike companies, including the two Chinese market leaders Ofo and Mobike.

In China the free floating bike has conquered lots of cities in only one year time. Ofo and Mobike, having 100.000 bikes together in 2016, now own more than 10 million bikes. Local Belgian companies like startup Mobit that has limited bike fleets in Mechelen, Kortrijk and Hasselt realize they can’t compete financially with these giants.

This new generation of shared bikes is very user friendly, only needing an app on a smartphone to localize and unlock the bike, that can be dropped off anywhere. Flemish cities are hesitating allowing these free floating bikes on their territory. Recent chaos in Amsterdam with thousands of bikes piling up in the city, made the city council decide to forbid free floating bikes.

OBike doesn’t worry about parking problems for their bikes. Users loose points when leaving the bike somewhere inappropriate and pay higher tariffs next time. The company has hired someone to watch over the bikes in Brussels, move and repair them if necessary.

But the Flemish central cities are rather sceptical about the small bicycles that also often are of inferior quality. That’s why they ordered a study with consultancy agency The New Drive to propose by the end of this year a structural plan to regulate free floating bikes. For instance by granting concessions or limiting the number of bicycles. They warned the companies not to start without permission.

OBike, who planned to start in Antwerp, moved its fleet to Brussels, where there is less resistance, instantly. “If there is no problem, the better it is”, Brussel’s alderwomen for Mobility Else Ampe (Open-VLD) says. Regional Minister for Mobility Pascal Smet (sp.a) didn’t even know OBike was coming. He is working on a new decree for free floating bikes, but this can take months to pass through parliament.

But will the Asian companies wait so long? Word has it that containers full of OBikes are blocked in the port of Rotterdam, which the company itself denies. “OBike is so much under pressure of its investors it needs to get rid of their bikes”, sources say. “Apparently it is cheaper to spread them out over Brussels than pay for the container.”

This way OBike sits in pole position compared to its major competitors who don’t have the habit of asking for permission before spreading out their fleets. And the cities are quite powerless.

“We are in some kind of no-men’s-land and aggressive players will launch themselves on the market when it takes too long”, Tim Asperges, mobility expert at the city of Leuven says. “I don’t harbour illusions about this. Containers full of bikes are ready to be unloaded in the harbour of Antwerp too”. 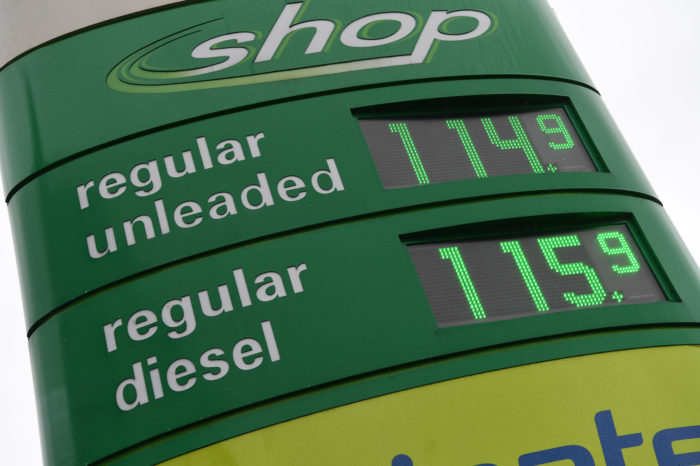 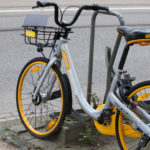