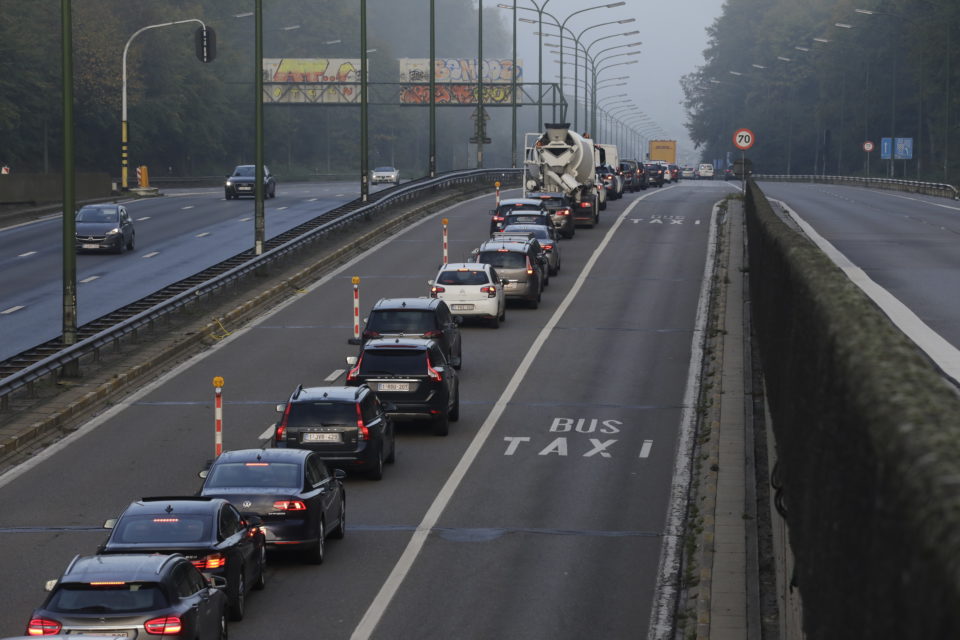 After the Herrman-Debroux viaduct closing, the traffic “chaos” was less important than expected. This could lead to way to smaller entry ways into the capital /Belga

Numerous cities have decided to reduce their major entry axis to limit the number of cars in the inner city and give more space to bicycles, public transport and pedestrians. Brussels timidly applies this concept, but the capital could move up a gear.

After the Herrman-Debroux viaduct’s closing, chaos was announced on the roads going into Brussels for yesterday morning. There was congestion but the “chaos” was mild. “When it is announced, chaos doesn’t happen”, says with irony Espaces-Mobilités’ CEO Xavier Tackoen, “a tipped over lorry on the E411 would create more problems”. Indeed, the important media coverage of the issue and the different alternatives offered by the government helped to reduce the number of cars on the road to start with.

Experiences showed it: huge road obstacles don’t always create chaos. Three weeks after the Porte de Hal tunnel was closed, travel time increase by only 5 to 8 minutes. “On some itineraries, the travel time increased but globally it is stable or decreasing. It’s counter-intuitive”, says Mr Tackoen.

“The morning peak hour has been spread”, explains the Transitec bureau’s director Pierre Tacheron, “for drivers from Nivelles or Waterloo, the peak hour starts at 5:30”. But there’s more. Three British researchers studied the “traffic evaporation” case. By analysing 70 road reduction cases (bridges closing, more pavement, roadwork, etc.) in 11 countries they concluded that the reality is far better than the alarmist predictions. On average, 11% of the traffic disappeared after the road reduction. “Users react to the change”, explained the researchers, “a variety of answers can lead to a congestion loss on the network”.

“Closing infrastructure”, explains Tackoen, “can simplify things, the habits are changed and it can have effects on other itineraries”. Numerous cities have decided to make the step. Strasbourg and Lyon have successfully reduced their major way in and even Gent, Liège or Antwerp are talking about it.

Not any kind of tourniquet

As we’ve seen, putting a tourniquet on the city’s major axis can lead to traffic decongestion but this operation can’t be rushed. “The government firstly has to convince drivers to abandon their cars”, explains Pierre Tacheron, “by enhancing public transport, by creating electric bike motorways and by promoting car-sharing”. In that case, many were amazed by the government’s reaction to the Herrman-Debroux viaduct closing (more buses, more trains, pack-and-ride parking…). “We’re wondering why that wasn’t possible before”, says a civil servant.

“Congestion has to be measured in real time and information has to be given on predictive maps with the travel time to get into the city. Behind that, they have to incite drivers to change their mode of transport or itineraries, promote teleworking, etc. Everything is ready, it just has to be put into place to provoke a mentality change”, explains Pierre Tacheron.

“The information has to be personalized. Currently, road users are getting advices from everyone, the municipalities, the federal regions, etc. There isn’t a unique canal. Ideally, there would be an Internet website where anyone could get answers and advices depending on its trip”, ends the director.

According to a diagnostic note realised for Brussels’ mobility plan “the number of cars on the city’s major entry axis has been slighting decreasing for 15 years”. The number of cars is decreasing by 6% on major ways, 9% on inner city’s roads, 13% on big intersections and up to 20% on smaller roads. On the other hand, GPS data show that congestion in Brussels is increasing. According to a TomTom analysis, “congestion represent on average a 44 minutes in travel time increase compared to the theoretical fluid situation”.

What could explain this paradox? Brussels hosts numerous events that can have an impact on circulation but public spaces are also undergoing important road works. They have been multiplied by 10 in the last 5 years. A great deal of them has reduced the space for cars in favour of more pavements, larger bicycle paths or specific roads for aboveground public transports. In combination of traffic lights benefiting pedestrians, these measures have an impact on the traffic flow. 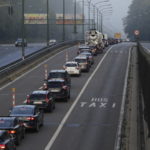