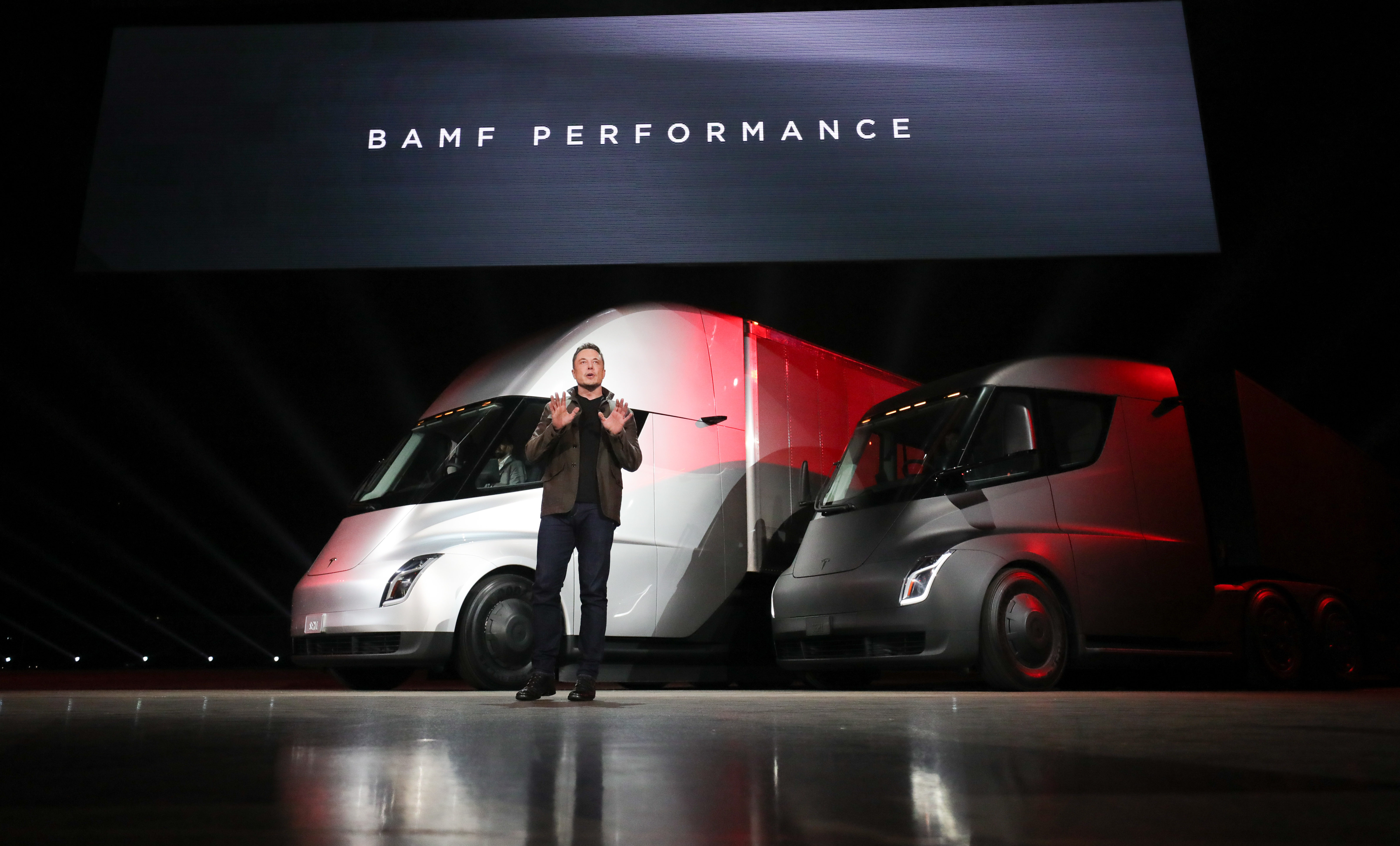 In a major media event in Hawthorn, California, Elon Musk himself drove the prototype of Tesla’s Semi e-truck on stage before a public of hundreds of journalists /Zumapress

After revolutionizing the electric car, Tesla’s flamboyant CEO Elon Musk wants to do the same for heavy transport lorries. Musk himself drove a prototype of the ‘Semi’ on stage in Hawthorn, California, on Thursday, a fully electric 40 ton lorry with a range of 600 to 800 kilometres. Tesla’s Semi is a futuristic looking lorry
This content has been archived. Log in or Subscribe to a level that has access to archived content.