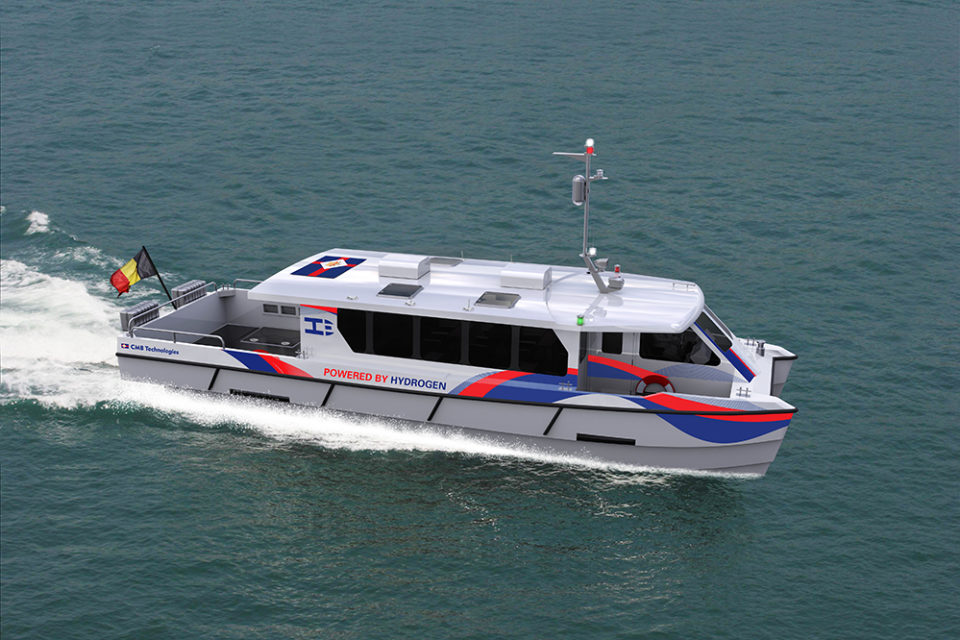 Belgian shipping company CMB built a hyrdrogen powered shuttle to transport its employees but also other commuters from Kruibeke to Antwerp five times a day, avoiding the never ending traffic jams on the Ring /CMB

Belgian shipping group CMB will use a hydrogen ship, the ‘Hydroville’, to transport people and avoid traffic jams in Antwerp. It is considering hydrogen as an alternative fuel to propel his  entire fleet of (big) ships (in total 96 vessels).

The Hydroville has been baptised on Wednesday 29th and will cruise to transport employees of the CMB group and other commuters to avoid traffic jams. But CMB isn’t interested in transporting people as such.

The small Hydroville (costing 1 million € and built in the UK) is testing the use of hydrogen as an alternative fuel to burn in big maritime diesel engines, first auxiliary motors, later on the main engines.

“The rules  on exhaust gases are getting tougher and tougher,” says Alexander Saverys, CEO of CMB, “and although there is no CO2-taxation for ships yet, it will come in 2020. Furthermore it will soon be prohibited for ships to use heavy fuel and they will have to burn (expensive) low sulphur diesel  instead. We are looking into alternative fuels (LPG, CNG, methanol) and hydrogen can be interesting in the long run.”

Ships on hydrogen will cost millions of euro’s on extra investments but Saverys says you have to put this against the ever increasing cost of diesel. “Our entire diesel consumption every year amounts to 700.000 tons of heavy fuel, costing 300 to 400 € per ton. That’s big money…” adds Saverys.

To make things work in the future hydrogen has to get cheaper and its storage more efficient. “This is a wake-up call for the industry (especially politicians and entrepreneurs),” concludes Saverys. Today the hydrogen used is still gained from gas, in the future Saverys dreams of completely “green” hydrogen as a derivative of the electricity production offshore the Belgian coast.

Once the mooring space at CMB has been finished, Hydroville will do 10 cruises a day between Kruibeke and Antwerp, 5 in the morning and 5 in the evening, transporting 80 to 100 people every day. The ship can also be hired for events, day cruises, work meetings, etc. 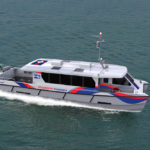