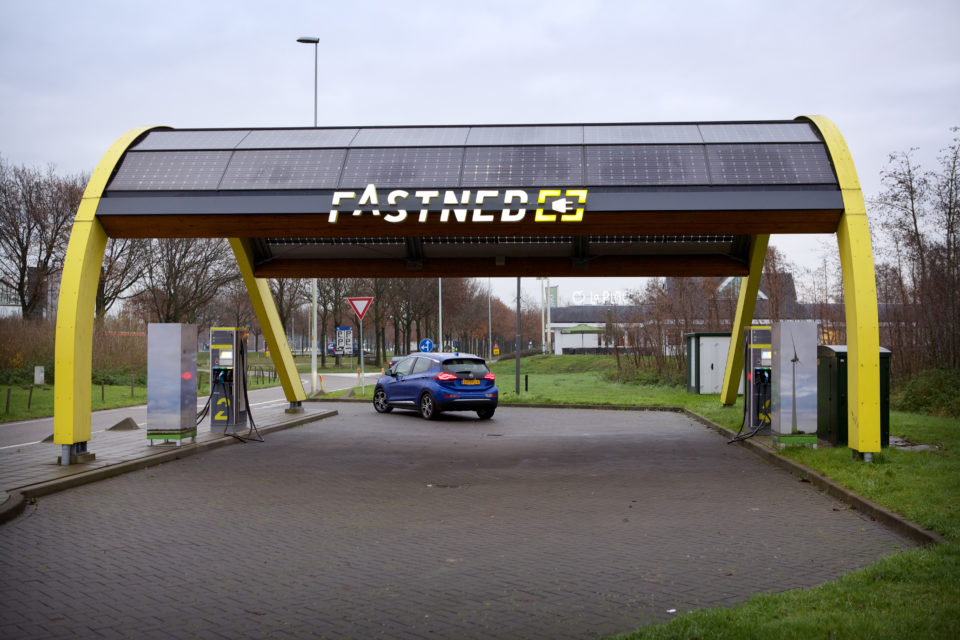 In the Netherlands ‘a war on electric vehicle (EV) charging stations along the highways’ has broken out as two electric charging network companies, Fastned and MisterGreen try before court to stop oil giants Shell and Esso to install charging points in their fuel stations. But so far the battle was lost twice.

In 2012 Fastned was granted the right to build 201 EV charging stations along Dutch highways and to exploit them for 15 years. In no time Fastned trew up 63 stations so far and will be building 30 more this year, among which some in Belgium too next to Van der Valk hotels. Costs so far: around 30 million euro.

Also MisterGreen (20 stations) and ANWB (38 stations) got a concession from Rijkswaterstaat, the Dutch Department of Waterways and Public Works.

All this effort for nothing

Michiel Langezaal, who founded Fastned together with Bart Lubbers, the son of former Dutch premier Ruud Lubbers, fears that all this effort will be for nothing as Shell and Esso suddenly start to equip their fuel stations with EV charging too.

“Electric driving is about to break through in 2019”, Langezaal says. “Experts expect it to go fast. Last year several car manufacturers announced to go for affordable plug-ins that have a longer range, from Volvo and Volkswagen to Toyota and Mercedes. Today choice is limited with people having the money buying a Tesla, while the rest has to do with the Nissan Leaf.”

He is furious and accuses Shell of ‘unfair competition’. He finds that fuel distributors shouldn’t be allowed to install EV charging at locations where Fastned already is present. “In 2012 the existing fuel stations were not interested at all. With this policy the government is punishing all those who took initiative to step into electric driving five years ago.”

To prevent Shell to install four EV charging stations at fuel station De Hackelaar along the A1 near Muiden, Fastned went to court, but the judge ruled that Fastned didn’t have exclusive rights. On Wednesday Fastned was proven wrong a second time before the judge in The Hague and says it’s going to appeal.

Shell and Esso are following up these growth scenarios for the electric car too. In October 2017 the Dutch oil giant bought EV charging company NewMotion which claims to manage Europe’s biggest public EV charging station network: 50.000 of them. And Shell is to equip its fuel stations with EV charging too, starting with the 25 largest highway fuel stations around Amsterdam and The Hague.

“We see that demand for clean energy is increasing and foresee a big part of the car fleet electrify in the near future”, says Machteld de Haan, who is responsible for the Shell fuel station network in the Benelux and France. “Our service stations have good coffee, free Wi-Fi, fresh sandwiches and clean toilets. Ideal for car drivers that want to charge.”

No right to exploit shops

This fuels even more the irritation with Langezaal, as Fastned isn’t granted the right to place shops and cafeterias along its charging stations. “If a car driver has the choice between our stations and a Shell station with a large cafeteria, we have a big disadvantage.”

Machteld de Haan from Shell thinks it’s ‘logical’ that Fastned isn’t allowed to build shops and cafeterias. “Shell and other highway fuel station operators paid tens of millions of euros for these highway locations to the government.”

This is a very interesting and relevant article. good argument. well written. it’s a pity that no many people read this. a big compliment to the writer. 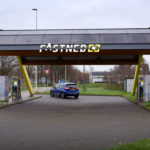