The zero emission premium for electric cars stays at 4.000 € in 2018/2019 and will also count for fuel cell electric vehicles (FCEV) using hydrogen as an energy carrier./sciencesource

The zero emission premium in Flanders for electric vehicles will not change in 2018 nor in 2019, and will stay at 4.000 euro. The same amount will now be paid to people buying a fuel cell car on hydrogen.

Last week we reported about the fact that Flemish Energy Minister Bart Tommelein (Open Vld) wasn’t happy with the lack of success of his zero emission premium for electric or hydrogen cars and his intentions to change the system.

Now he has decided to leave the premium of 4.000 euro for electric cars unchanged for the next 2 years and to increase the premium to the same amount for hydrogen cars. “We want to gear up in our aim to have a greener car fleet in Flanders”, stresses Tommelein.

Apart from the premium remaining on its 2017 level for each buyer, the system is expanded to nonprofit organizations and companies organizing car sharing.

Until now the premium was not popular enough, the planned budget of 5 million euro was only used for one-fourth of the total amount last year. “There’s still the same price difference between an electric and a petrol car”, declares Tommelein, “so we decided to keep our premium at the same level and expand it to other potential users of electric vehicles.”

We remain convinced that this premium is the lever to attract buyers needing a last push”, Tommelein concludes, “and on the other hand we want to include hydrogen cars to support this innovative technology.” 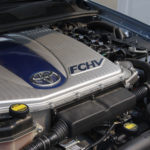