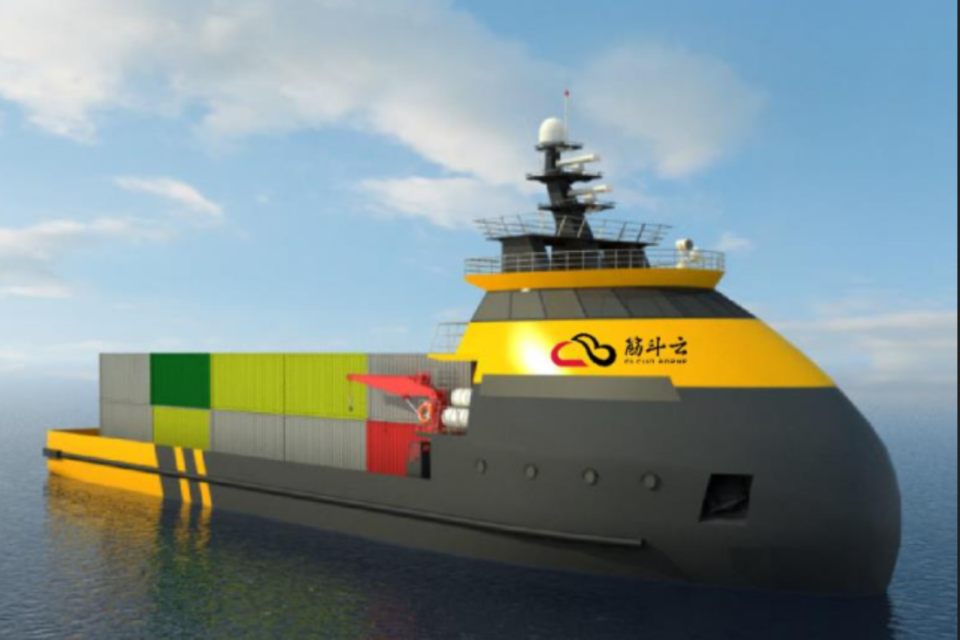 The Jin Dou Yun, a 500 ton container carrier to be developed by Yunshou Tech, Wuhan University of Technology and CCS and to be launched end 2018 will be Chine’s first fully autonomous cargo ship /Yunzhou Tech

Offshore of its large southern harbour Zhuhai, China is creating the world’s largest playground for testing self-sailing, unmanned ships of the future. The area starting with 21 square km to be expanded to 771,6 square km, called Wanshan Marine Test Field, will be used for testing autonomous steering ships, manoeuvring to avoid obstacles and docking of military and civil cargo ships.

The Wanshan Marine Test Field has to become China’s most advanced marine technology test park, but today autonomous ships are still in its infancy in China, limited mostly to remote operated vessels.

Fully autonomous cargo ship by end of the year

In December CCS, WUT and Yunzhou Tech signed an agreement to build China’s first fully autonomous cargo ship ‘Jin Dou Yun’ with a capacity of 500 tons to be completed by the end of 2018. To be a world first, they’ll have to speed up to beat Norway that announced to launch the autonomous container carrier Yara Birkeland in 2018.

The 80 metre long, 100 container capacity, full electric Yara Birkeland will start as a manned ship first, controlled from a ‘removable container bridge’ on board. After testing the container bridge will be detached and put on shore, from where the ship is to be steered remotely like a drone, until it becomes fully autonomous by 2020. International maritime regulations have to be adapted first.

Norway already has three proving areas for autonomous ships with the world’s first approved in Trondheimsfjord followed by Storfjorden and one at Horten. Other projects are being undertaken in Europe under the EU’s umbrella of MUNIN, the Maritime Unmanned Navigation through Intelligence in Networks project. 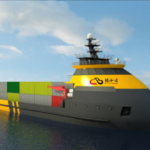