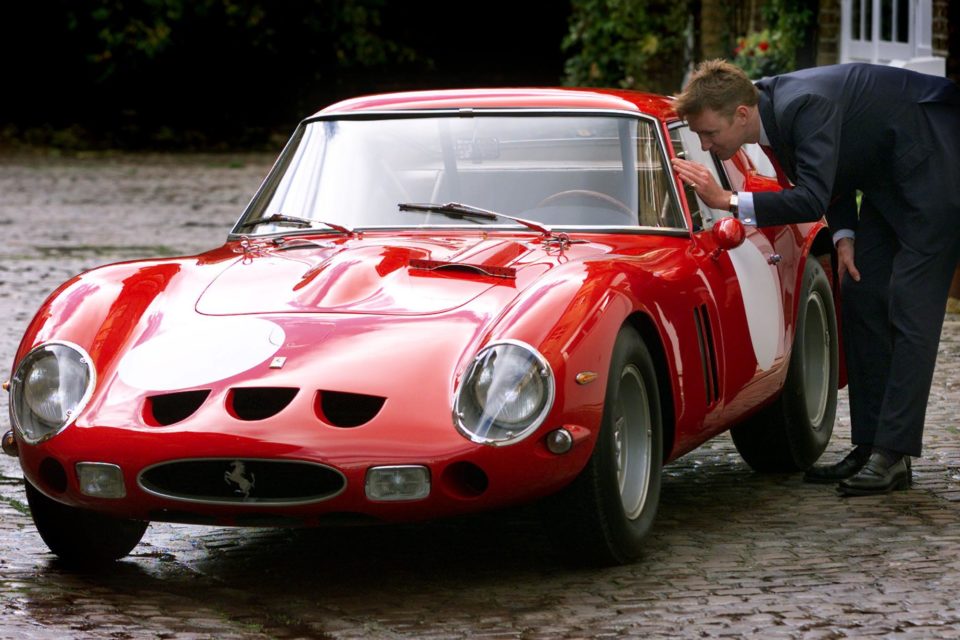 Simon Kidston,when he was still working for Bonhams, peering into the interior of an incredible Ferrari 250 GTO 1963. /Belga/AFP

Simon Kidston, the famous vintage car connoisseur, has one adagio: “I only buy the best because I can’t afford the second best. And if you want to sell, there will always be somebody who wants the best. Whatever it is. People will always collect cars.”

Kidston had to become a car trader. His uncle was Glen Kidston, a famous British pilot and one of the also famous Bentley Boys who won Le Mans for Bentley, among other victories. His father, Home Kidston, was also a car collector and his earliest memories of cars were a BMW 3.0 SI and a Porsche Carrera RS.

“For my generation cars were very important. We grew up in it, socially the car was one of the most significant objects of the 20th century. I studied in Switzerland but that didn’t work out very well so I went to England for a job at Coys, a little auction house but specialized in cars. When I was asked to choose between sales and auctions, I chose the latter and that’s when it began.

Eight years later he worked at Brooks that took over Bonhams later on. Until 2006 Kidston led Bonhams Europe but then he left to start his own little specialized company, advising people, like Ralph Lauren, about their classic car collection. Kidston is also the radio voice of the famous Mille Miglia vintage car rally.

“We have a small but very good clientele, the right crowd and no crowding. Most of them I know for a long time, they’re like family.”

If you can say something of the market for vintage cars (of a certain class) volatile is surely the word that comes into mind.

“It started in the seventies, but the big bang came in 1987, when a Bugatti Royale was sold for 5,5 million pounds. The focus was on Ferrari, though, new or old. Take the F40: Nigel Mansell received one as part of his contract as a F1 driver for the Scuderia, it costed 193.000 pounds at that time, he sold it immediately for… 800.000 pounds.”

“Since a few years the market has cooled down again, but prewar cars (before the second world war) are a safe investment. They are owned or bought by older, less speculative investors and they keep their value. If you want a balanced car collection, you want to have a few prewar cars.

“What are the best cars? Those which are original and rare, but also beauty and brand image play a role. Ideally, the brand still exists, everybody knows Ferrari, few still know Hispano Suiza. The general condition of the car is less important than you think. Especially with high value cars the cost of restoring it is less important.”

Low mileage is a fetish among some. “Not driving the car is the saddest thing one can do. It’s like marrying a woman but not sleeping with her, as if you want to save her for the next husband. Driving it is also better for the car, and then there’s the other obsession: matching numbers. Sometimes it is completely ridiculous to expect the same engine or gearbox when it left the factory. Especially with race cars.”

Kidston has his own K500 Classic Cars Index, the most accurate in the market, he pretends. “I wanted to counter the so-called experts. The index contains 500 cars, not only the most expensive, but also the icons, for example, a Lancia Delta Integrale or a classic Mini. Sometimes cars are thrown out, others come in. We have categories, for example, Prewar European or Affordable Classics. A subscription will cost you 120 euro per year and you get statistics about selling and sometimes advice.”

“I hate the word portfolio. Sometimes you even see hedge funds buying old cars. Buy them for the pleasure in the first place. Drive them, also over longer distances. Even having breakdowns and repairing them is part of the unique experience.”

“I try to recollect the cars of my youth too, the ones that link me to the family that’s already gone.”

Kidston acknowledges that the magic around cars disappears. “The smartphone is overtaking. But historic cars will always have their place. It’s like horses, they don’t serve any longer as a transportation means, they have become objects of prestige, just to be possessed.  In 2050 people will still collect cars, they will be cherished, honed, showed at special occasions or events. But driving them will only happen rarely.” 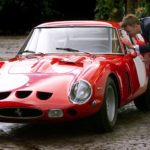