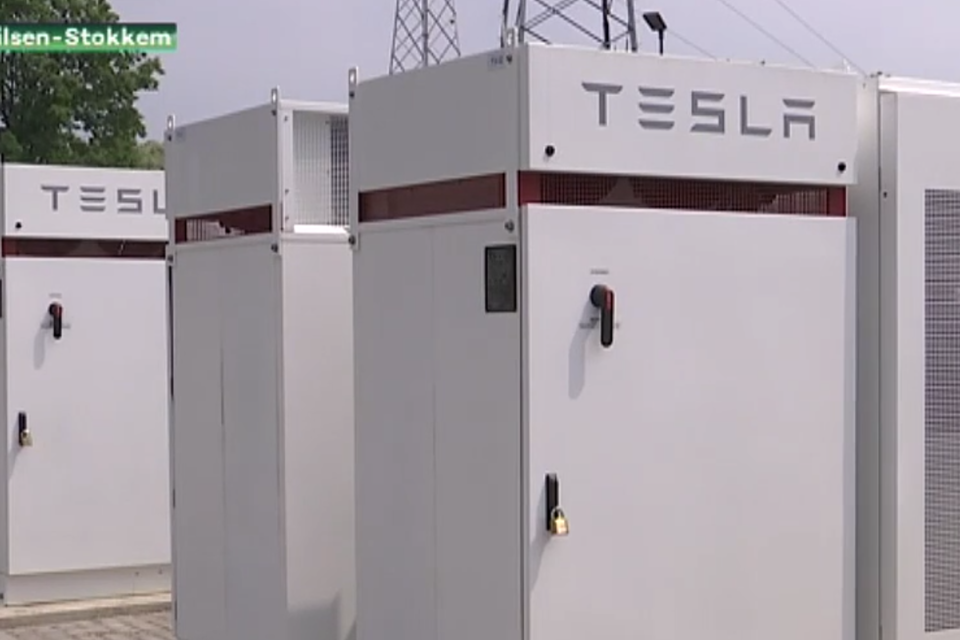 In Dilsen-Stokkem, in the province of Limburg (Belgium), a backup battery park is inaugurated on Monday to help network managing company Elia stabilize peaks in the electricity grid, store green electricity and power up a complete holiday village. The 1.500 m2 large battery park consists of 140 Tesla batteries with a capacity of 18 megawatt.

This year the battery park will be connected with two new solar parks to be build, one on land, one on the water surface of a flooded gravel exploitation site. There will be experiments to have the latter rotate with to sun for maximum energy production.

“With the batteries the process goes a hundred times faster than in the conventional way”, explains Evan Rice, Tesla’s director energy for Europe and Africa. Today usually gas plants are used for balancing the network.

The Limburg investment company LRM (Limburgse Investeringsmaatschappij) invested 11 million euro in the project and joined forces with Antwerp energy technology company REstore. LRM expects that the investment will be regained within five years.

“This unique energy project not only fits perfectly in the climate investment plan of LRM, it will also help to meet Flemish climate goals”, said Stijn Bijnens, CEO of LRM.

In a next phase the capacity of the batteries will partly be used to provide sustainable energy for a holiday resort, with 250 holiday houses, using direct current (DC) instead of alternating current (AC), the latter using more energy because of the conversion. Later on the resort will get its own ‘micro grid’ on direct current.

Flemish Minister for Energy, Bart Tommelein (Open Vld) is enthousiastic about the project. “It’s wonderful to see that the former coal-mine sites in Limburg now focus on the energy of the future”, he said. “They used to dig for energy underground, today they collect it aboveground.” The battery park in situated in the middle of Terhills, the former coal-mine site of Eisden (Maasmechelen, Limburg).

Storing electricity will be an important dimension for the energy model of the future, Tommelein added. “Especially when it can support the stability of our energy network. This project is unique and a worldwide scoop, the best way to prove that Flanders is at the top of innovation and development.” 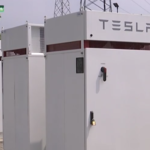