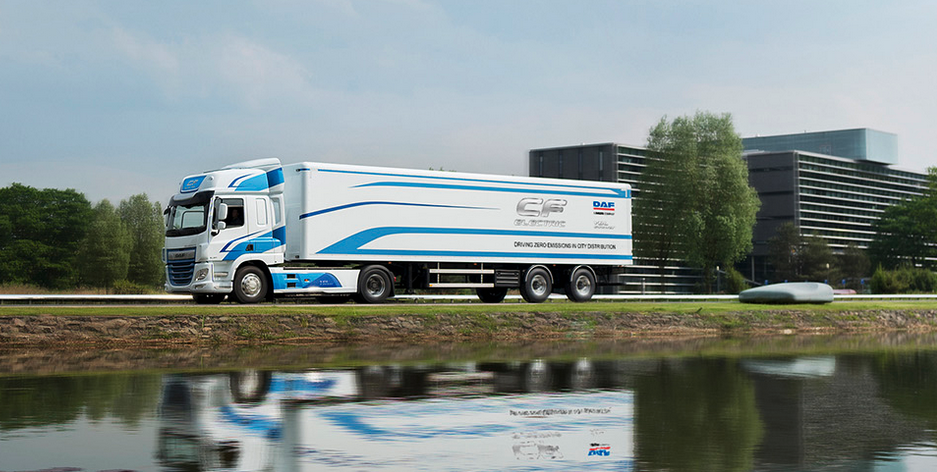 The DAF CF Electric, co-developed with VDL, has a load capacity of 40 tons and with its limited range of 100 km is mainly targeted at inner-city deliveries like for supermarkets /DAF-VDL

Dutch truck builder DAF and coach and bus builder VDL unveiled their co-developed full electric semi-truck on Wednesday in Eindhoven (Netherlands). The CF Electric semi-truck has a range of 100 km on pure battery power, recharges in half to one and a half hour and can load up 40 ton.

The 2×4 tractor built on the DAF CF-platform has a 210 kW electric motor, delivering 2.000 Nm of torque and is fed by a 170 kWh battery, which on its own accounts for almost one-third of the 9.700 kg weight of the tractor. Fast charging up to 50% can be done in half an hour. Full charging will take 90 minutes.

In the joint venture VDL delivers all electrical components, while DAF builds the chassis and cabin and will manage sales. How much both companies invested was not unveiled.

With its limited range of 100 km the CF Electric is mainly meant for inner-city deliveries. Some ten clients will test the e-truck the next months, among which several supermarket chains. Preston Feight, CEO of DAF Trucks, didn’t want to set a date for the start of the serial production yet.

Today the e-truck costs four to five times the price of a conventional diesel truck, which sells at 70 to 80.000 euro. But Feight is convinced prices will drop fast, as technology is advancing and mass production will offer benefits of scale.

Both Dutch companies are working together for a long time with DAF, for instance delivering engines for the VDL buses. VDL has a lot of experience building electric buses at its factories in Eindhoven and Roeselare (Belgium). It wanted to bring out the truck by itself first and buy the cabin at DAF, but both companies decided to co-develop the e-truck.

Meanwhile the competition hasn’t waited to develop their own alternatives. Tesla, for instance, unveiled its Semi, a heavy-duty truck capable of transporting 40 tons over distances up to 800 km, with its American competitor Nikola doing even better with a 2.000 km range on hydrogen. 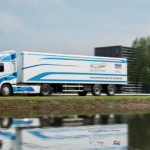