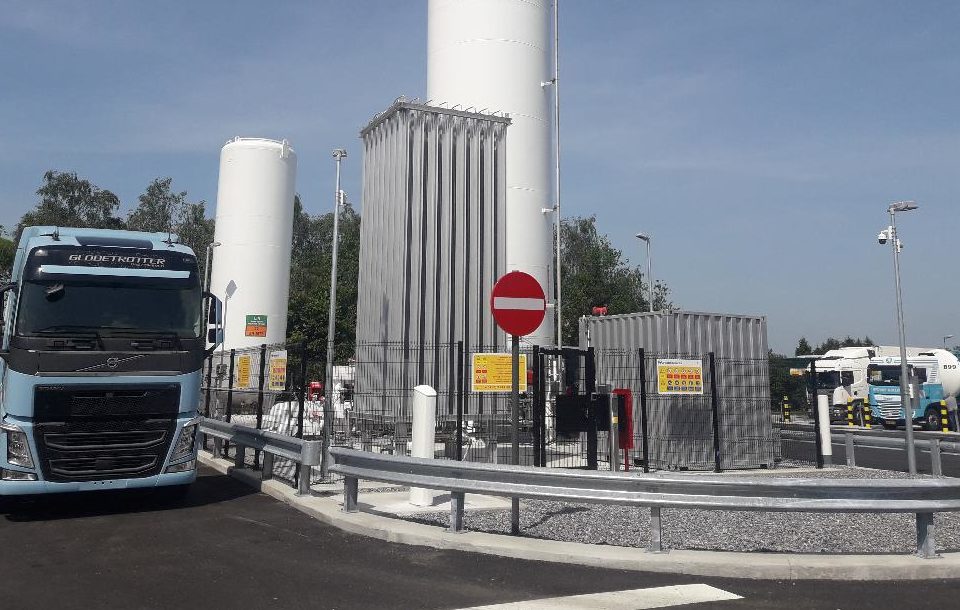 Shell opened its first LNG filling station for trucks in Herstal, near Liège, on Monday. The company wants to open three more LNG stations in Belgium in the coming months. LNG stands for Liquefied Natural Gas and is regarded as an interesting alternative fuel for long-distance traffic.

Shell believes that LNG will play an increasingly important role in the energy mix. “We believe demand will increase and we will continue to collaborate with truck manufactures, customers and policy makers to promote the use of this cleaner fuel”, said Laurent Charlot, Shell’s Commercial Director in Belgium.

LNG is created when natural gas is cooled down to -162°C, reducing volume to 1/600th and making it easier and safer to transport on ships or store it in cryogenic tanks. Not only is it 30% cheaper than diesel, it is also 70% less polluting (less sulphur, soot particles and nitrogen oxide), less noisy and it contributes to 15% lower CO2 emissions.

Compared to CNG (Compressed Natural Gas), LNG has four times more calorific value, requires less bulky storage tanks on board and gives a higher range. With a comparable tank, a LNG truck’s range can be 3,5 times higher than with CNG, making it more suitable for long-distance transport.

Once produced, the LNG isn’t cooled actively anymore by keeping it in double isolated cryogenic tanks. While driving, the truck’s LNG is converted in gas again, keeping the LNG in the tank cool automatically, a process that is called ‘auto-refrigeration’.

The LNG station in Herstal is located at the place where the three countries meet along the E313, an important route for international road transport between Belgium, Germany and The Netherlands. The station has a capacity of 3,5 kt LNG and can supply 150 trucks with LNG on a daily basis (one filling lasts up to 1.200 kilometers).

Shell has not released any further details about where it intends to locate any more LNG filling stations in Belgium in the coming months. Walloon Energy Minister, Jean-Luc Crucke (MR), is already enthusiastic. “Given the importance of road transport for climate change, Shell’s initiative is an intelligent alternative”, he said, referring to the Energy Pact. 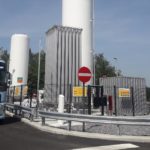