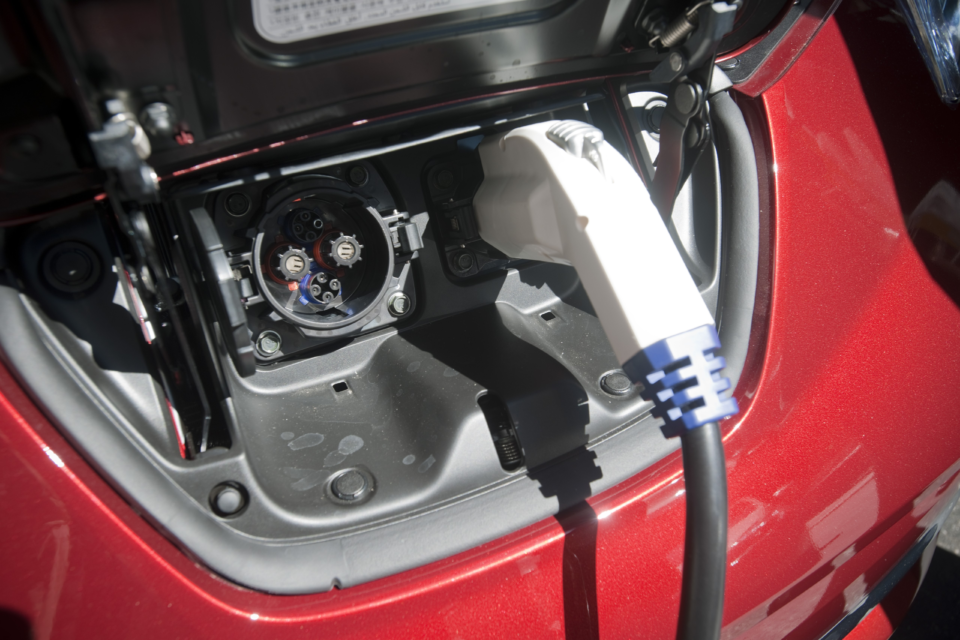 Car manufacturers will need to get their customers to buy electric cars to reach CO2 targets imposed by the EU. If not, they will face massive fines for each car sold. / Belga

Flemish-Brabant is the first province in Belgium that starts promoting electric car-sharing. Therefore, the province has invited ten test drivers. They will be provided with a test car, a Nissan Leaf, for a period of one year.

Hilde De Wachter is one of the ten test drivers. “Our family has two diesel cars”, she says. “One of them is phasing out because of its age. We are going to use the electric car ourselves as well.”

De Wachter states that she takes the opportunity to compare driving on fossil fuel with driving on a battery. Sometimes she has to go to Ypres for her job, 178 km from home in Zichem, near Diest. In that case she will probably get in the diesel car anyway, because the Nissan only has a guaranteed range of a good 100 kilometres.

De Wachter (42) is editor-in-chief of Ecotips, a quarterly magazine on sustainable entrepreneurship. “As a storyteller I write a lot about innovative initiatives, such as car-sharing and electric driving, about which there are still many doubts. I am going to experience it myself and report about it in the magazine.”

Open to the public

If you want to try out an electric car, you can rent Hilde’s car. It’s a car-sharing project, so anyone can try it out or rent it for 51 euro per day. You will get the key and explanation at her home. The only thing that you have to do, is sign up in advance via the CarAmigo site.

In the neighbourhood there is no system yet for renting cars for a short period of time. So De Wachter is especially curious whether car-sharing will appeal in her village.

The company Blue Corner has set up a charging point in front of the family driveway. “It has been financed by them”, says Hilde. “It is open to the public. We use it to charge our own car, but other motorists are also allowed to connect their electric car. All you need is a loading pass or an app.”

De Wachter has leased the Nissan Leaf for three years. If she likes electric driving, she considers buying an electric car herself.

She hopes in particular that the municipality where she lives will put efforts into stimulating car-sharing. She hopes local authorities will also provide more charging stations. “An idea is to park the cars at the station of Zichem. Those who arrive by train can get on board and explore the region.” 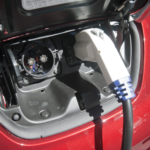