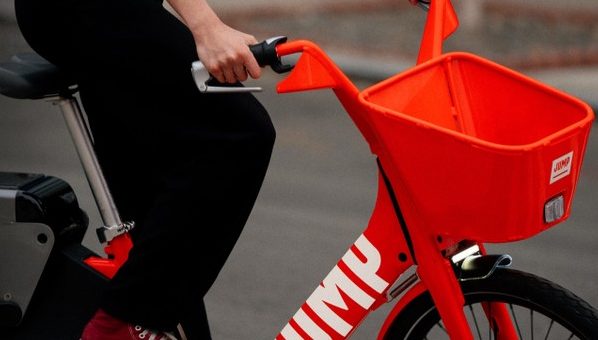 Uber jumps on the electric bike-sharing market in Europe. The move is part of a strategy to improve the company’s image /Jump

With its new CEO, Dara Khosrowshahi, who has polished the image of the company, Uber wants to present itself more and more as a mobility company, offering several additional forms of urban transport.

“We started in a very bad way in Germany”, Khosrowshahi stated during the Uber Congress, where dozens of taxi drivers had also come to protest against the ride-haling service. “We’re here to make a new start”, he said, walking on stage with a red Jump bike.

Under the brand name ‘Jump’, a start-up that Uber took over in April for a price somewhere between 100 and 200 million dollar, the company is already offering bicycles in Uber’s hometown of San Francisco and also Washington. It is now time to bring that offer to Europe.

Uber’s bikes are electric and can help cyclists to ride up to 30 km/h with minimum efforts. As many of the new bike-sharing programs, Uber’s red bicycles don’t require any fixed parking docks, but can be picked up and left behind anywhere.

The company, which has been banned from many European cities, says that it wants to contribute with this bike-sharing service to an improvement of the air quality in the cities, but it also hopes to rectify discussions with the local authorities once again.

In Germany, there are already a few bike-sharing services, such as the American LimeBike and the Chinese services Mobike and Ofo. The government is now attempting to regulate the bike-sharing system in order to limit the negative consequences as they block sidewalks and are dumped in parks. 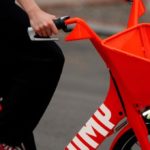