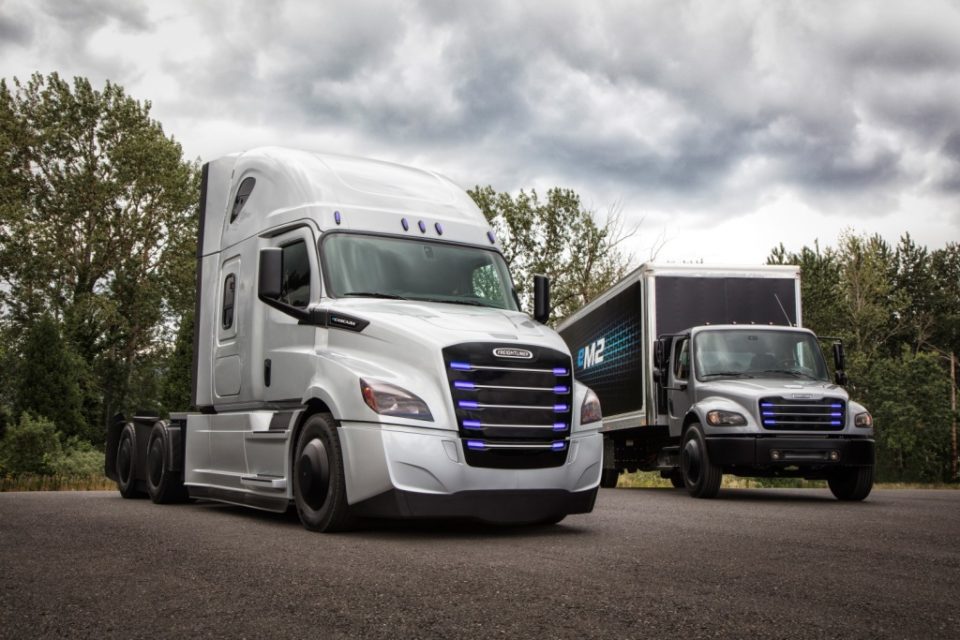 Daimler’s Trucks and Buses division presents two full electric Freightliner semi-trucks, its most popular brand in the US, to be tested from this year on by some 30 clients before going into mass production by 2021.

The first is the Freightliner eCascadia, based on the brand’s most popular Cascadia range above 15 tons, offering 730 hp, and with its 550 kWh battery it has an autonomy of 400 km. It can be recharged in 90 minutes up to 80%, adding an extra of 320 km.

No match for Tesla

In terms of long-range semi-trucks, the eCascadia’s range seems to be no match for the Tesla Semi announced in September last year, a fully electric 40 ton semi-truck with a range of 600 to 800 kilometres. Other competitor in the US is Nikola, with its hydrogen driven fuel cell trucks to be launched with a 1.200 to 2.000 km range. Nikola is currently suing Tesla for violating its patents.

In February the German car and truck maker announced it is to invest the next two years 2,6 billion euro in electrifying its heavy truck division. It started rolling out a fleet of ten full electric eActros models for local distribution, to key clients in Europe already. The eActros comes in two versions, 18 and 25 tons, with a battery pack of 240 kWh, good for a range of 200 km.

In December Daimler has delivered the first full electric light (Mitsubishi) Fuso eCanter trucks at a handful of German costumers. The 7,49 tons Fuso eCanter with its 70 kWh battery has a range of 100 km. The Fuso eCanter light trucks will go into mass production in 2019.

To “consolidate the global know-how in electric drivetrains for commercial vehicles” Daimler has formed a new unit called E-Mobility Group (EMG). It has to define a global strategy for electric components as well as complete vehicles and develop a standard architecture, similar to the company’s platform for conventional combustion engines.

The group will operate in different locations, like Portland (US), Stuttgart (Germany) and Kawasaki (Japan), and will be headed by Gese Reimelt, currently head of Product Projects Powertrain & eDrive for Mercedes-Benz passenger cars. 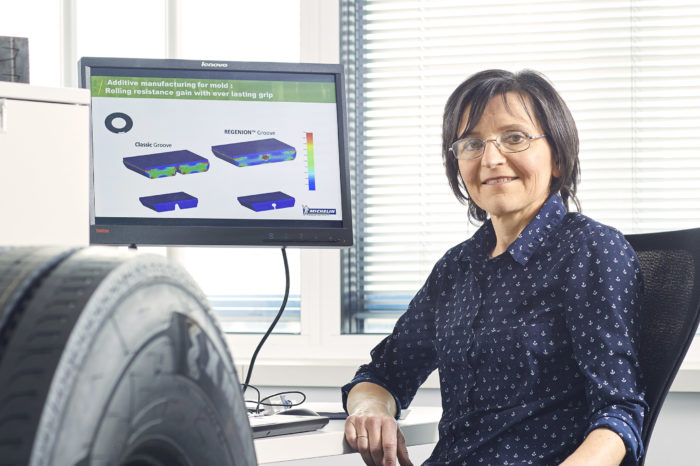 Female researcher 'EU Inventor of the Year' with 'regenerative' tire 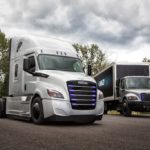