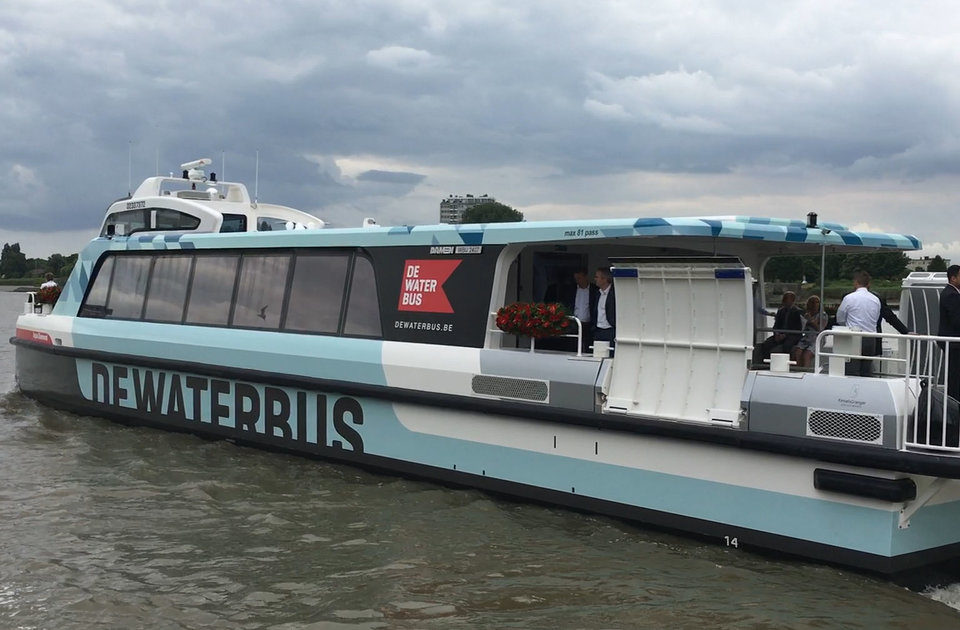 After a test period, it was clear that the water bus on the Albert Channel could not equal the success of the one on the river Scheldt. That is why the Port of Antwerp decided to stop the bus service /vrt

This autumn the water bus on the river Scheldt in Antwerp will be expanding in the direction of the port. This new connection is mainly intended to transport people from the north of the port area quickly to and from work. With the prospect of new connections and six additional boats, these water buses can solve part of the congestion problems around Antwerp.

The expansion to the north of the city, with up to four crosses a day between the left and the right bank, is due to the success of the southern line (from the city centre to Kruibeke). On a working day, an average of 1.000 people use this connection, which was inaugurated in July last year.

“The Scheldt is still an underused motorway for commuting to and from work”, says Antwerp alderman for the Port, Marc Van Peel (CD&V). “Given the enormous traffic jams in and around Antwerp, we have to make frequent use of it.”

Antwerp traffic expert Dirk Lauwers is convinced that passenger traffic over water can solve part of the traffic congestion problems around Antwerp. “The occupancy rate of the water buses shows this. It is especially important that there are regular connections.”

Lauwers sees a great deal of benefit in a regular connection between the two banks of the Scheldt. “As in Amsterdam, there should be a ferry between the left and right bank every ten minutes. Look at the bicycle tunnel under the Scheldt. There are traffic jams. A reliable ferry service could solve a large part of this problem.

Up to six boats

The water bus, which is operated by the Dutch Aqualiner, is currently being kept partly in service with money from the Port Authority. In 2019 there will be another connection across the Albert Canal. This means that an additional six boats will expand the current fleet. Three of them are electrically powered. The intention is that the management and especially the subsidization will be taken over in the short term.

In that case, De Lijn is looked at in the first place, but the Flemish public bus and tram company has reservations for the time being. “We are in favour of alternatives that can reduce the heavy traffic around Antwerp”, says spokesman Tom Van de Vreken. “That is why we would also like to look into possible cooperation with the water bus. However, this must not be at the expense of investment in bus and tram lines. The financing of the water buses is therefore a point of attention for us.”

The Port Authority does not want to say how long it will continue to support the water buses. At least until next year. Then a third route is taken into use, in the direction of Schoten and Wijnegem. 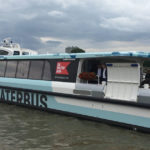