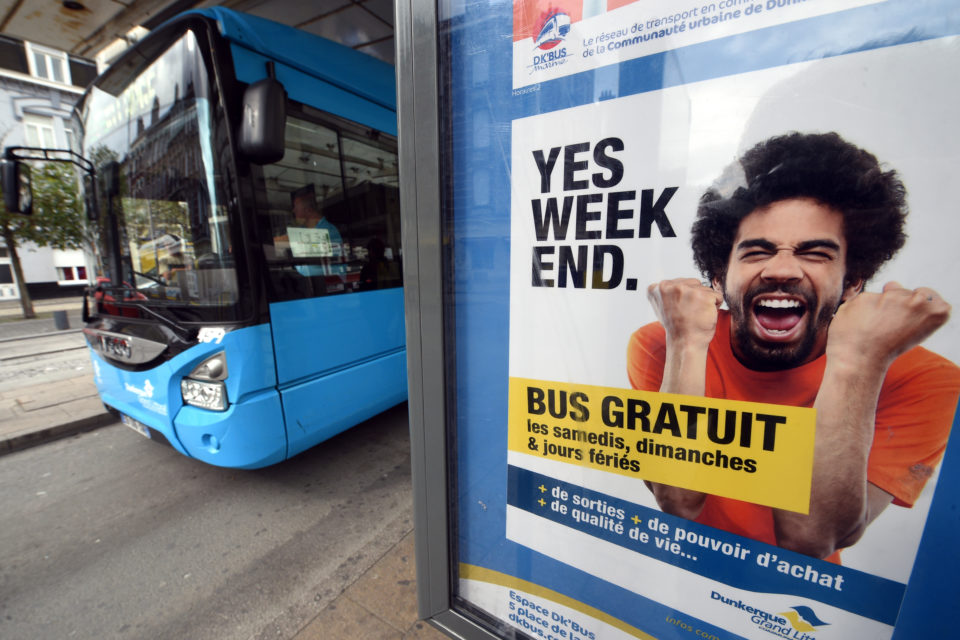 The French city of Dunkirk was experimenting with free bus rides in the weekends from 2015, but will extend the offer to all year round from September first /Belga

From September 1st a bus ride in the French northern coastal town of Dunkirk will be completely free all year round for everyone. According to its mayor, Patrice Vergriete (DVG), a former urbanism consultant, the Dunkirk area will be Europe’s largest ‘free bus ride zone’ so far.

“Goal is to get people on the bus. The results of the free ride weekend tests sine 2015 are solid with a raise in frequency of usage of 30% on Saturday and 80% on Sunday”, the leftist mayor says. “Meanwhile impolite behaviour towards bus drivers has decreased with 60% .”

The mayor emphasizes that the 4,5 million euro revenue of bus tickets sold represented only 10% of the real costs for the public transport system. Dunkirk recently invested  another 60 million euro in the network with five new bus lines and 45 new buses that will be put into service.

This will also make the network faster, with an average speed of 23 kph, compared to 25 kph for the Paris metro or the tram in Bordeaux, which is timed at an average of 19 kph.

Vergriete, who is also president of the larger Dunkirk agglomerate CUD (Communauté Urbaine de Dunkerque) with its 200.000 inhabitants, says it will be the largest zone in Europe, offering free bus transportation for everyone, without restrictions.

Anne Hidalgo, mayor of Paris, has publicly announced in March she’s thinking about the possibility to have free public transport in the French capital. But here we’re talking about 4,2 million people using public transport. That’s why she has ordered a feasibility study. 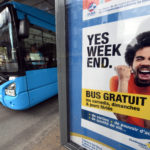