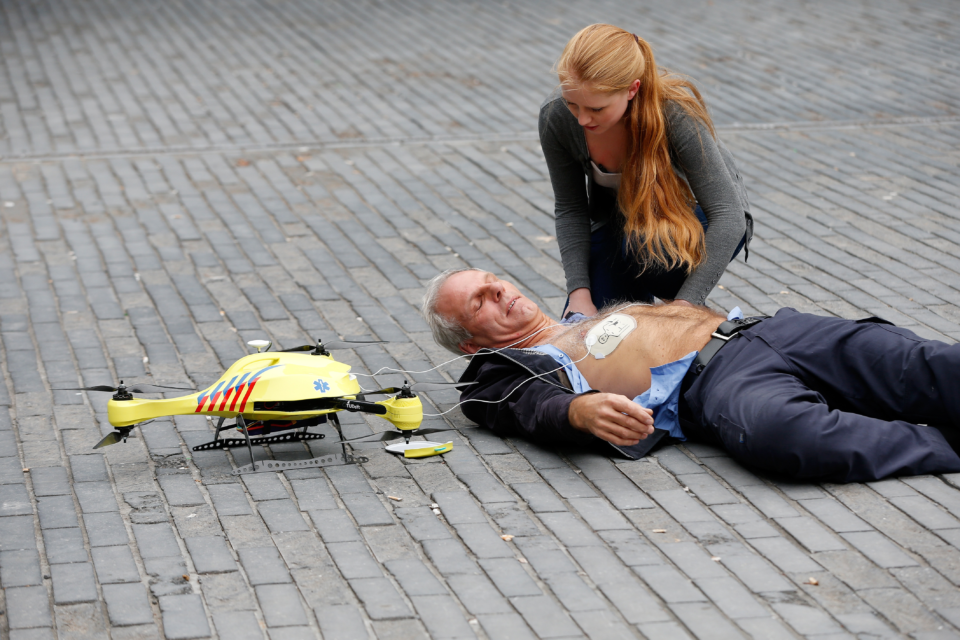 In the near future ambulance drones will be used for urgent medical aid. Brussels and Ghent are starting to experiment with it /ANP

After Ghent, Brussels now wants to experiment with medical transport by drone. To this end, the city will take part in the Urban Air Mobility (UAM) initiative, a project that will test the use of drones for urgent medical aid, starting with the delivery of defibrillators in time-critical conditions when ambulances need too much time to intervene.

“Every minute lost after a cardiac arrest reduces survival by 10%”, says Brussels Mayor, Philippe Close (PS). Drones can thus remedy a cardiac arrest, but the city also wants to look further afield. Brussels also sees merit in the use of drones for innovative solutions to new mobility and product transport, such as that of blood transplants in critical situations.

For this, the city now has signed a declaration of intent to the Urban Air Mobility initiative, a project of the European Innovation Partnership for Smart Cities and Communities (EIP-SCC). The feasibility project that Brussels will investigate in close collaboration with the emergency services of the city is called ‘Take Care Emergency’.

The idea for the project comes from the Netherlands. In October 2014, Alex Momont, a Dutch engineering student at the Delft University of Technology, developed the prototype of the ‘ambulance drone’ with a (built-in) defibrillator. As a result, the survival rate after a cardiac arrest outside the hospital rises from 8 to 80%. Belgian Living Tomorrow, a hub for innovative enterprises, has provided know-how in the field of innovation.

Since then, there has been a growing awareness that life-saving drones can play a decisive role in emergency situations. Now Ghent and Brussels have also jumped on this technological bandwagon. With wealthy and powerful partners, such as Airbus and Belgocontrol, the two cities hope to ensure medical transport by drone “within a few years”. Starting with defibrillators, followed by medicines samples, blood and organs.

Africa is showing the way

Neither Brussels nor Ghent wants to be pinned down to a timing. “Not before 2020”, it sounds cautious. In other countries drones are already used for medical transport. One of the forerunners is Rwanda. Thanks to Zipline, a Silicon Valley robotics company, an ‘Uber for blood’ has delivered more than 5.500 units of blood to 12 regional hospitals over the past years.

In Rwanda there are not only fewer (good) roads and more remote regions, but also fewer laws. The Royal Decree of April 2016 imposes fairly strict limits on drone traffic in our country, certainly in the vicinity of airports, but the legislation is in full swing.

“We support the initiative of Brussels and Ghent as long as safety is the first matter of importance”, says Jasper Pillen, spokesman for the Minister for Mobility, François Bellot (MR). “In any case, we are going to change the interpretation of drone flights, the European member states are trying to get some harmony into it at the moment.” 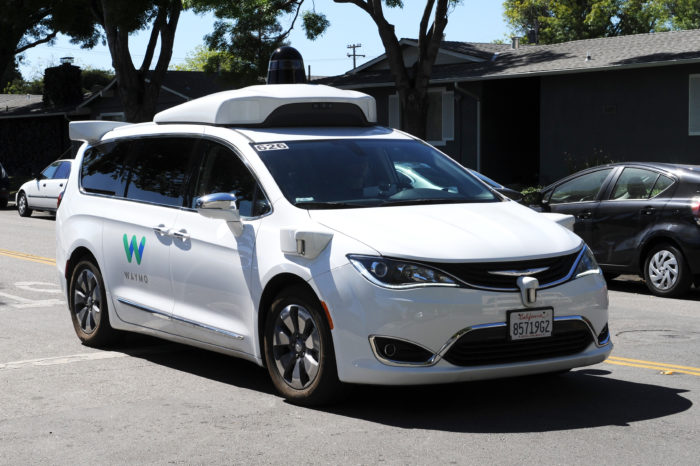 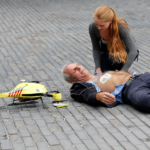