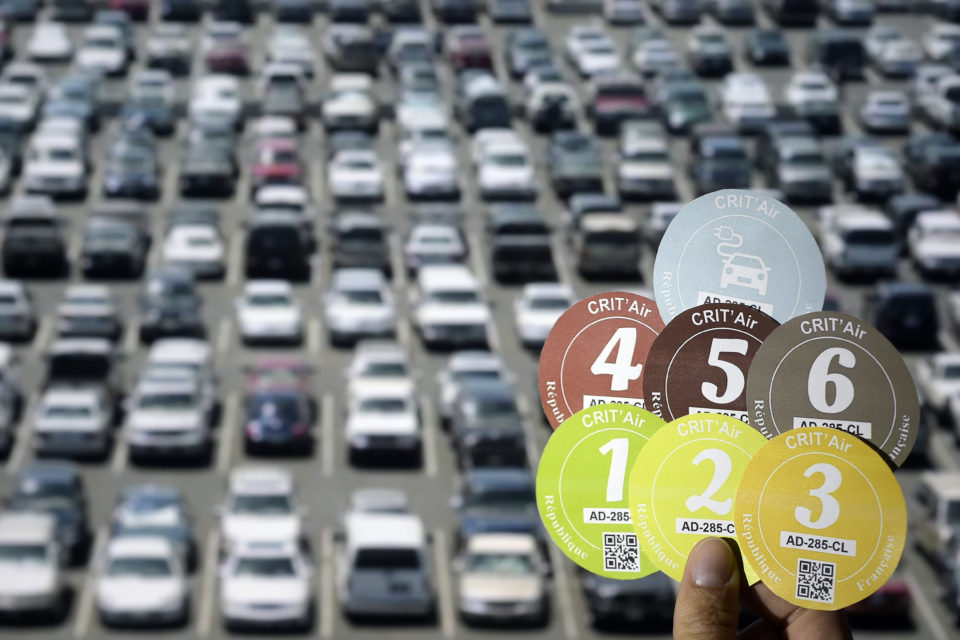 The new low emission zones should use the Crit’Air vignette system, already in use in Paris since 2016 /AFP

The first ‘structural measure’ of this new engagement toward cleaner mobility and air quality will be the generalization of low emission zones. Fourteen conurbations concerned by NO2 excess will put up those new zones by 2020. They are Paris, Marseille, Nice, Toulon, Lyon, Grenoble, Saint-Etienne, Valence, Strasbourg, Reims, Montpelier, Toulouse, the Arve valley and the Martinique.

Each conurbation will be able to choose its zone’s limit, time slot and concerned vehicles. “There’s no obligation, it’s more of a partnership”, specifies the government. According to the Hulot cabinet, these LEZ should allow France to reduce its pollution gas emissions by 12 to 15% by 2022.

It also hopes that the introduction of these zones will convince the European Court of Justice to abandon pursuits against the country for violations of emission standards.

Currently, only Paris has established a LEZ thought the Crit’Air vignette system. It separates cars into blocs, depending on their emissions to which a vignette is assigned. From 2019, Crit’Air 4 cars (diesels from 2001 to 2005) will be banned from Paris from 8 a.m. until 8 p.m. on weekdays. By 2024 all diesels will be banned and petrol cars will follow six years later. Paris City Hall is advocating for automatic vignette controls to really block polluting cars.

To help the transition towards cleaner cars, the French government will reduce the eco penalty’s minimum level of CO2 from 120 g/km to 117. Car sharing and carpooling will be promoted as well, through specific lanes and parking spots. Companies will also be exempted of contribution if they refund their employee’s carpooling expenses or put up specific electric charging points.

“It’s a first step in the right direction, but now we have to stop using diesel and petrol before 2025 and support the population toward other mobility solutions”, declares Lorelei Limousin from the Action Climate Network (RAC) grouping Greenpeace, France Nature Environnement and WWF.

The RAC asks for the creation of a national bicycle fund with a yearly budget of 200 million euro. The NGOs also point out to the absence of any thought on the modal shift toward rail fret transport. 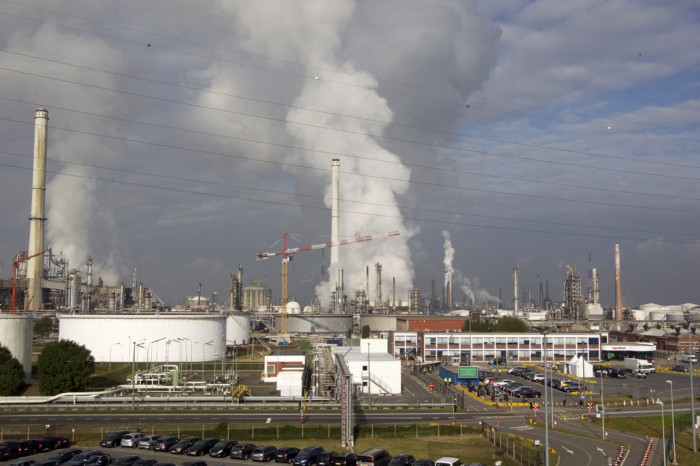 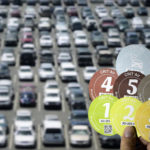