French car manufacturer group, PSA, wants to create a joint venture with Belgium-based gearbox manufacturer, Punch Powertrain, for the production of the e-DCT transmission in its Metz plant. By 2024, 600.000 mild hybrid transmissions should be produced per year.

After signing the contract for the production of PSA gearboxes from 2022 onwards, Belgium-based transmission manufacturer, Punch Powertrain – owned by Chinese group Yinyi since 2016 – might see its revolutionary e-DCT gearbox produced in Metz, France.

According to a document consulted by French media agency AFP, PSA would like to create a joint venture with Punch Powertrain to produce the e-DCT in its Metz plant, starting in 2021. Detained by PSA and Punch Powertrain at equal shares, the joint venture should take place in PSA offices in Metz and will produce transmissions for other companies too.

Punch Powertrain has come up with a new transmission that integrates a mild hybrid system. Unlike current systems using a belt-driven alternator-generator running of the accessory belt, the Belgium-based company’s system attaches the electric motor directly to the gearbox.

The transmission named ‘e-DCT’ uses a 48V current to drive the generator and provide assistance to the car’s engine. It relieves the engine of some stress and therefore reduces its fuel consumption and CO2 emissions. 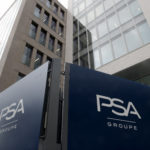