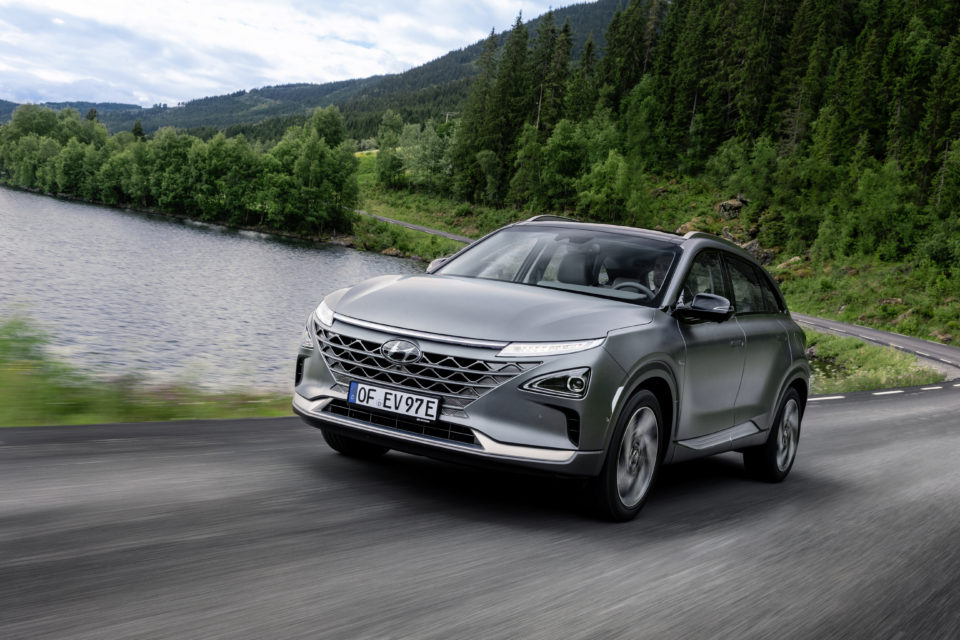 With the launch of the Nexo as the successor of the ix35 FCEV, South Korean car maker, Hyundai, is in the forefront of hydrogen technology for cars again. Our first test with the car on the road confirmed the fine impression we had of it.

Having driven practically all hydrogen cars available since the technology emerged, I can say this is the most ‘normal’ one I drove already, giving you the impression you drive in a genuine electric car. Of course, the huge range is a big advantage.

Apart from Mercedes, which apparently is going to bring a hydrogen powered SUV on the market next year, the hydrogen car has been a matter of South Asian manufacturers during the last decade. Since many years there are talks about and prototypes of hydrogen cars. End of the precedent millennium, GM was at the forefront, but the big crisis within the company in the early years 2000 washed all efforts away.

Honda is leasing its second generation Clarity to selected people in the States and to a few in Europe, but it will be the third generation, scheduled for 2020, that will be really brought to the market.

Toyota’s Mirai is already available for a couple of years, but sales are minimal until now, especially in Europe. South Korea’s biggest manufacturer, Hyundai, has also a hydrogen heritage, being the first to really sell the compact SUV ix35 FCEV some years ago in Europe (and other parts of the world) in very limited numbers. Today it brings its successor, the Nexo, on the market.

Two ways to use hydrogen

There are different ways to use hydrogen to propel a car. In the beginning there were also manufacturers who were burning it in a modified internal combustion engine (ICE), like BMW did in its big 7-Series or Mazda in the RX sports cars with a rotary engine.

Meanwhile, BMW has abandoned this project, while Mazda is still remotely thinking of it because some of their engineers are still in love with the rotary (also called Wankel) engine because it’s very well suited for burning hydrogen.

The second way to use hydrogen is not to burn it, but to use it as an energy carrier. Hydrogen is used in so-called fuel cell electric vehicles (FCEV), electrically propelled vehicles, where the batteries as the only energy source for the electric motor(s) are ‘replaced’ by a tank of compressed hydrogen.

Through reversed electrolysis the hydrogen is converted into water and the electricity coming free in the process is stored in a smaller battery to feed the electric motors. It’s this fuel cell technology that most manufacturers who are thinking of using hydrogen are aiming at.

As the successor of the ix35, the Hyundai Nexo is a quarter meter longer to provide more space for a bigger fuel tank, where the hydrogen is stored compressed at 700 bar. That way it can contain 6,33 kg of hydrogen and taking into account a consumption of 0,95 kg per 100 km, Nexo can drive ± 750 km before it has to refuel. The latter can be done in less than 5 minutes.

The electricity as a result of the electrolysis process is stored in a compact high voltage battery, which feeds a 120 kW electric motor developing 395 Nm of torque from standstill. It makes the front-wheel driven Nexo, which weighs a bit more than 1,8 ton, some 180 kph fast and lets it accelerate from 0 to 100 kph in 9,2 seconds.

Like its predecessor, the Nexo is a SUV, but making the car longer made it possible to include a bigger tank and more space in the interior. As Hyundai sees its Nexo also as a show car, this SUV has most of the driving aids that are on the market today, even some semi-autonomous functions.  Like ‘Remote Smart Parking’, where you can stand on the outside, direct your car autonomously in a parking space with your car key.

The interior is spacey and functional, the materials chosen could still feel a little less ‘plastic’ compared to premium competitors, but the important question is: how does it drive?

After having driven the car on country roads in the north of Denmark, we can confirm that it drives very normally, like a battery electric vehicle. No wining and purring like in earlier hydrogen cars (from the compressor or other accessories), just a very quiet ride. So quiet that wind noise is becoming the most noisy factor.

Acceleration isn’t really sporty, but certainly quick enough to give you the feeling that you can effortlessly follow traffic flow in every condition. As a driver you can monitor everything on the big central screen (12,3 inch) and connectivity is top. The Nexo also has outside mirrors that can become rear view cameras (with a wide view) so that there is no blind angle.

Road holding is very secure and drive comfort is very good, also thanks to the well-shaped front seats. The big central ‘floating’ console has too many buttons to be practical, especially because they’re hard to distinguish one from another. Rear passengers have plenty of room, though the rear seats are a bit less comfortable than in front.

As a summary and having practically driven all hydrogen cars available since the beginning, I can say this is the most ‘normal’ one I drove already, giving you the impression you drive in a genuine electric car. The huge range of 750 km is a big advantage and you don’t lose too much interior space, in spite of the three big hydrogen tanks under the rear seats and the boot.

Aren’t there real minuses then? First of all the price: 75.000 euro for a Hyundai is a price that has never been asked yet and surely the car comes not cheap. Secondly, and more important, there aren’t many hydrogen fuel stations yet, there is only one (public) in Belgium at the moment and another to be opened this week.

Other European countries have some more stations available, but refueling will be a problem except in some Scandinavian countries. The UK, Germany and the Netherlands are planning to have more stations soon. Oil giant Shell is going to build four hydrogen refueling stations (HRS) in its home country, the Netherlands, to start with, as part of the European H2Benelux subsidy program.

The H2Benelux program foresees 5,3 million euro European money to subsidize eight hydrogen stations in the Benelux: 4 in the Netherlands, 3 in Belgium and 1 in Luxembourg. The rest of the investment is done in partnership with local governments and the industry. 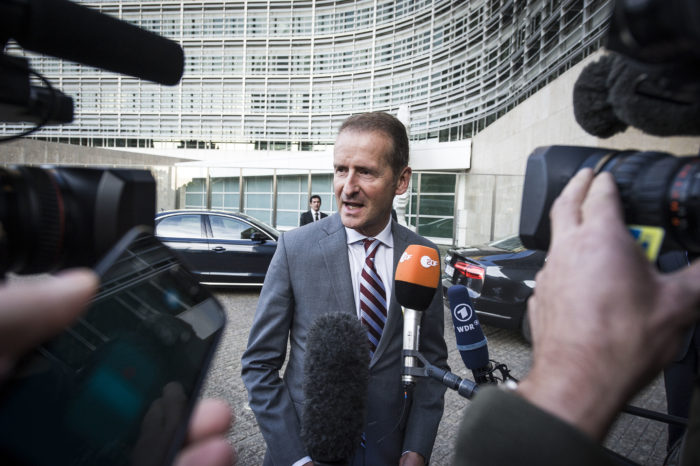 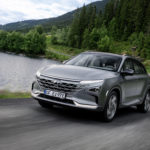