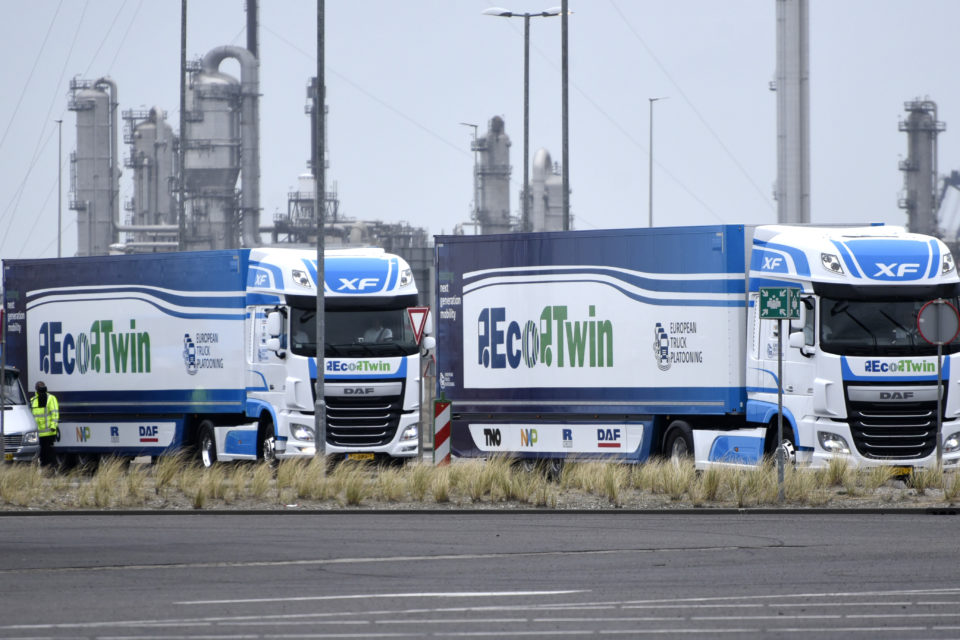 In the Netherlands earlier similar experiments were organized on the Dutch roads, saving space on the road and saving fuel consumption /HH

Last week the Netherlands have been experimenting with 250 special trucks, driving the same route close after each other in a technique called ‘platooning’. Goal of the coupled trucks is to save space on the road, to save (5 to 15%) fuel consumption and to help improve smarter connections between the switching of traffic lights.

The experiment fits in the ‘experience week for connected transport’. The trucks were not linked mechanically but by using modern communication techniques.

Today, the 100% self-driving truck is still aiming too high, although it will be perfectly possible soon to drive 99% of the route without a human driver at the steering wheel. However, that remaining 1% is technically hard to bridge and might need 100 times more development.

The idea of nearly autonomously ‘platooning’ trucks would offer numerous advantages. Letting the drivers of the following trucks take a nap while driving on a motorway, for instance, while the first truck driver leads the pack.

With three trucks in a row, the second and third truck could exactly do what the first would do. This way, driver 2 and 3 would not have to register their traveling time as ‘driving time’, being fit to take over later on and not to be immobilized by obligated resting times. The linking of vehicles could also help to solve the fast growing parking problems for truckers taking that resting time.

Autonomous trucks can also be expected at the terminals, where the tractor could be detached and the trailer with the load is taking over by a robot-tractor to park it at the loading quays. Belgian logistics-engineering group, Katoen Natie, is testing autonomous driving trucks in Singapore at a client’s closed compound to start with since last year.

By the end of this month, researchers from the Belgian Louvain University (KULeuven) will start to test autonomous (push-towing) canal barges on the river IJzer, between Heernisse (Diksmuide) and Nieuwpoort. A large-scale model will be used to navigate the river, including passing locks and bridges, autonomously.

In the meantime, Dutch railway infrastructure manager, ProRail, is experimenting with self-driving trains to gain efficiency too. 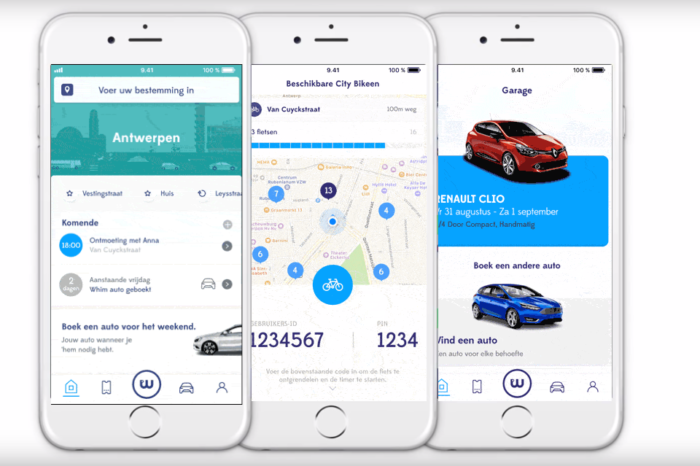 Helsinki, Capital of Mobility as a Service 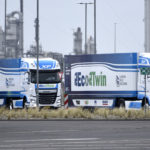