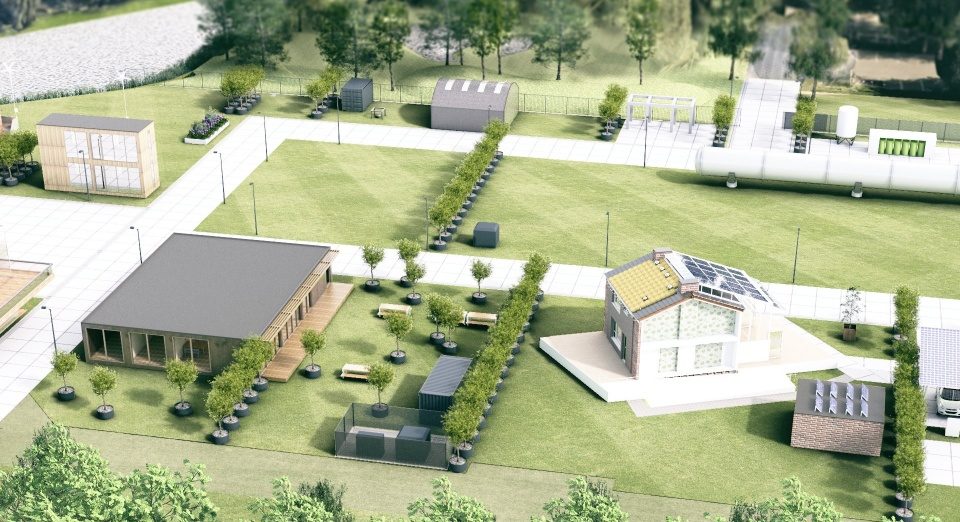 The TU Delft’s ‘Green Village’ is a living lab for testing numerous new technologies including hydrogen heating for households. Students are deliberately living as guinea pigs in the houses /TU Delft

Dutch technical university, TU Delft, is building since last year ‘The Green Village’, a living lab or ‘mini village’ packed with the newest materials and technology for testing, like heating with hydrogen. Students will live there as guinea pigs, and they don’t mind “for the benefit of a technological breakthrough”.

The project has to be finished by the end of this year. The student houses will be heated with hydrogen, as a test for the replacement of natural gas used today in the majority of Dutch households. The Netherlands decided all houses should be switched by 2050 from gas heating to heat pumps, geothermal heat or other ‘green’ heating sources, like hydrogen.

“The beauty of our living lab is that everything doesn’t need to be 100% right from the first time”, says manager Serge Santoo from TU Delft. “It’s like a mud race. Getting to the finish is a nice goal, but if at first you don’t succeed, try, try, try again.”

“Safety is our first priority, but the heating breaking down once in a while is part of the testing, for instance. The students that are going to live in the ‘green’ houses don’t have a problem with that”, Santoo adds.

To investigate the possibility of modifying the existing natural gas network into a hydrogen network, TU Delft is, next to using modern composite materials, also recuperating old type gas piping in The Green Village. It’s expected high-efficiency gas boilers to be able to burn hydrogen in the near future and converting the old gas network could be an option for all households.

Dutch municipalities have to come with a plan by 2021 to make districts gas-free. If they choose to remove old gas pipes, opportunities to use them for hydrogen instead are evaporating. Research and certifying organization, Kiwa, stated a few months ago converting the existing gas network to make it suitable for hydrogen can be done and is technically quite simple.

The testing at the ‘living lab’ in Delft aims at bringing the technique quicker to the market. TU Delft is not only investigating the technical issues, but also the overall user experience.

“Is it comfortable and pleasing? There are so many questions and worries to give an answer to”, says Santoo. “Without acquiring experience with hydrogen ordinary people will ask themselves whether they can heat and have a hot shower or cook with it?”

The Green Village isn’t the only hydrogen heating experiment to be set up in The Netherlands. The Rotterdam district of Rozenburg is starting a trial to heat houses with hydrogen. Stedin, network operator for gas and electricity in South Holland, announced this a week ago.

The hydrogen is produced in Rozenburg from green electricity and transported via Stedin’s separate gas network to the 25 apartments participating in the trial. Two special boilers suitable for hydrogen will be installed in the boiler house of the complex.

Not to be used massively

Not everyone is convinced that even if these experiments show it is feasible, switching to hydrogen for heating houses will be done massively. Jörg Gigler from the Nieuw Gas (New Gas) knowledge centre thinks that usage will be limited.

“It makes more sense for hydrogen, produced with electricity from wind farms at sea, to be used by the industry in coastal regions”, Gigler says. “Households could switch to gas made from manure, biodegradable waste or sediments too.” However, he believes the experiments with households are worth doing, even if it is to find out possible drawbacks in practice too.

Heating with hydrogen only makes sense if enough ‘green hydrogen”, made by electrolysis out of water, for instance, is available and prices come down. Today most hydrogen used is ‘grey’, as it is made out of fossil fuels producing CO2 in the process. ‘Blue hydrogen’ is a compromise, while made of natural gas, for instance, CO2 is collected and stored.

The Netherlands apparently are taking the lead in the production of ‘green hydrogen’ in Europe with several projects started to mass-produce hydrogen by electrolysis by 2022-2023. 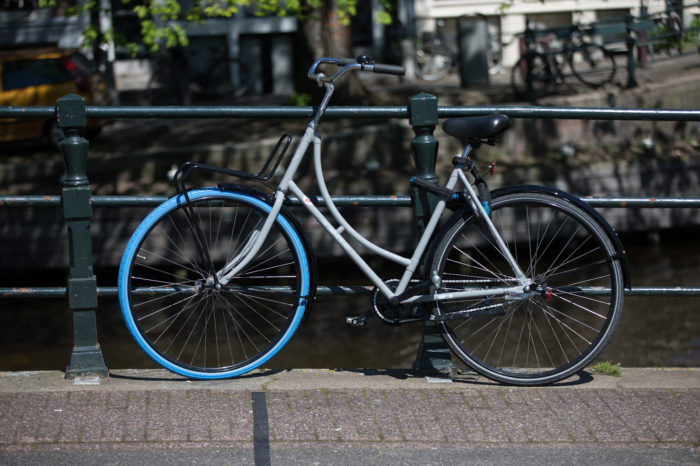 'Swap bike: subscription formula for your own bike' 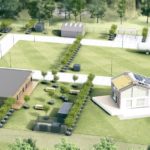