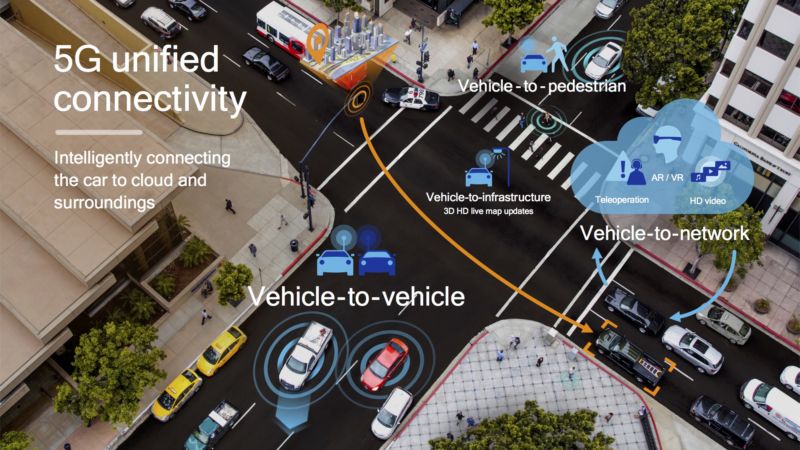 Automotive chip maker Qualcomm, selling both wifi and 5G solutions defends its choice for the latter by saying it was developed for mobile use from the start. The opposition fears, though, it will take too long to roll out /Qualcomm

According to the Reuters press agency, the European Commission is going to approve a set of rules favouring ITS-G5 wifi above cellular phone 5G technology for communication with the connected car of the future. That would be a victory for Volkswagen and Renault leading the lobbying for wifi and a defeat for Daimler, Ford, PSA and others in the opposite camp.

The decision is crucial for how cars (and likely also other transport vehicles, like trains, ships and planes) will communicate with each other and the intelligent road infrastructure in the near future.

Rubbing up the wrong way

If Europe makes the ITS-G5 standard – called DSRC in the States – mandatory, it will rub the US and China up the wrong way as they see C-V2X (Cellular Vehicle-to-everything), using 5G networks as the way to go.

It’s crucial not only for the car makers, but also for the automotive suppliers and the telecom network operators, as this market for the connected car will be worth billions of euros every year in the near future, and also become very important to the autonomous car in a few years to come.

The discussion, which is very technical, has led to two mighty blocs. At the one end Volkswagen, Renault, Dutch chipmaker NXP, Israeli 2VX expert Autotalks and Austrian intelligent transportation systems provider Kapsch TrafficCom want to push wifi to be used.

Merely because – they say – it is a proven and widely used technology that can be implemented quickly. 5G is still to be fully standardized, is only in its infancy and the network is yet to be deployed, which could take years, the wifi camp states.

On the other end, the ‘C-V2X camp’, has some major players too, like Daimler, Ford, PSA Group, Deutsche Telekom, Ericsson, Huawei and chip makers Intel,  Samsung and Qualcomm. They claim C-V2X has wider application possibilities and is ‘future-proof’. They say standardization and deployment can be done quicker than the other camp pretends.

Qualcomm, which delivers automotive chips for both technologies, defends its choice for C-2Vx by saying this technology “was intended for high-speed mobile applications from the beginning and has been further improved specifically for automotive use”.

“ITS-G5 wifi uses a half-clocked version of 802.11a, leveraging radio technology that is now two decades old and was developed for wireless Ethernet cable replacement, not high-speed mobile applications.”

However, Qualcomm adds: “both technologies are designed to operate on the 5.9 GHz ITS spectrum and both are capable of working independently from the cellular network, coverage or network operator involvement, despite some confusion on that point.”

That’s particularly important for vehicle-to-vehicle (V2V) communication for avoiding collisions, for instance, when out of each other’s sight initially.

The new rules are to be put up by the EU Commission for feedback of the EU member states next month, with a final decision to be made next year. Some countries like Finland, Norway and Sweden already proposed to postpone the decision because of the divided camps.

France, being an advocate of the wifi solution itself, proposed to compromise by having the Commission, in case of adopting the ITS-G5 standards for now, revise the rules within 12 months if for a new technology like C-V2X, the technical specification standard is approved too meanwhile.

The EU Commission declined to comment on the draft Reuters cited by saying: “currently the Commission is looking into the best European framework to promote the right investments in this area and ensure interoperability between the existing systems and the development of new technologies.” 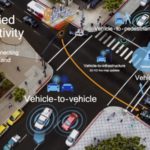