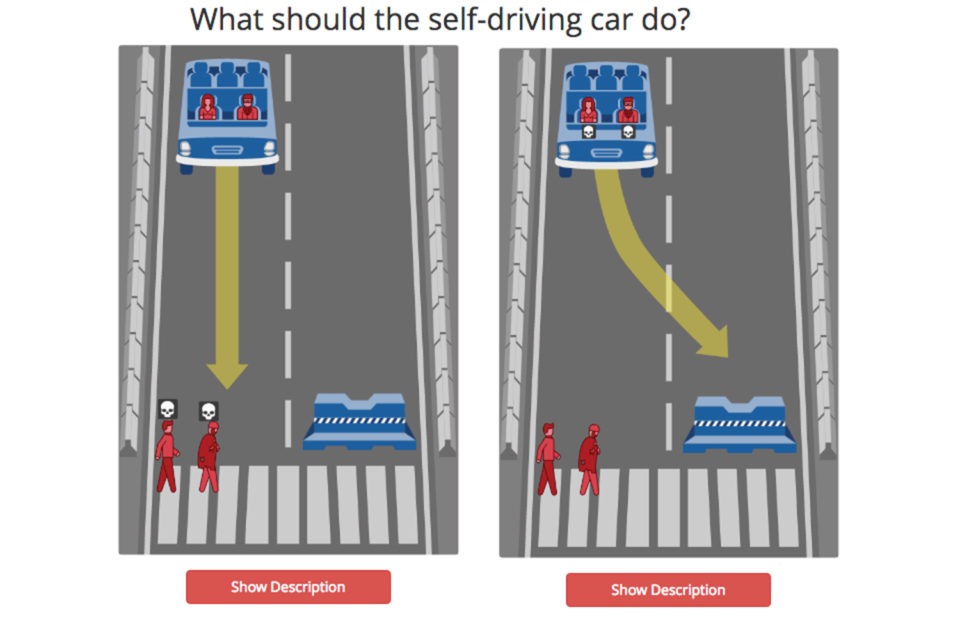 The hypothetical scene is very simple: if the accident is unavoidable, which decision should the autonomous car make and with what consequences? /Moral Machine

What moral decision should an autonomous car be programed to take in case of a fatal accident? Protect its passengers and sacrifice the dog crossing the street? Or a child? A young person or an elderly? A rich one or a vagabond? The Massachusetts Institute of Technology (MIT) submitted dozens of scenarios to more than two million people in its ‘Moral Machine’ study.

Since 2016, people can chose online the end of a series of scenarios in which an autonomous car’s brakes have failed. More than two million users from 233 countries have decided to spare children, pregnant women and athletic persons. Elderly and poor and fat people for instance are more likely to be sacrificed.

Let’s set the scene: an autonomous car is driving on a city road at a given speed. Upon reaching a crossroad with pedestrians crossing the brakes fail. The self-driving machine has to choose between hitting a bollard and killing its driver and passengers or continue straight on and kill pedestrians and/or pets crossing the road. Without touching on the responsibility issue, the MIT decided to probe the public.

“Never in the history of humanity has a machine been authorized to chose autonomously who to kill and who to save without real time surveillance”, explain the MIT study authors, “we’ll soon cross that threshold.” To understand the dilemma, the institute sought out the public’s opinion.

Since 2016, the online platform Moral Machine has been recording choices from web users in numerous fatal autonomous car accident scenarios. Between June 2016 and December 2017, more than two million users from 233 countries took the test. They took 40 million decisions.

The most saved profiles were babies in strollers, children and pregnant women. Moral preferences were also critical. Doctors (human pictogram with a white cross) and athletic people fare well, followed by executives (with a briefcase).

After dogs, cats and criminals, come the elderly followed by the homeless and then overweight people. This kind of pedestrian has 20% more chances to be sacrificed than athletic people. “Poor people have 40% more probability to be killed than rich ones”, adds the CNRS.

‘Age distinction should be prohibited’

Note that survey participants have a tendency to spare the life of a pedestrian abiding the traffic laws. According to the researchers, the case is particularly shown in developed countries with strong laws and institutions.

Currently, the country most engaged in the autonomous car ethical reflection is Germany. In its special commission’s 2017 report, it recommends to favour human to animal life, but it estimates that any personal characteristic distinction such as age should be prohibited.

“Our point wasn’t to create an ethical ground on which to construct the morality of autonomous cars but to have a global vision on what citizens would chose. It’s a simple probe in the global moral mind”, end the researchers who remain cautious about the how representative the participants in the study are for the world’s population. 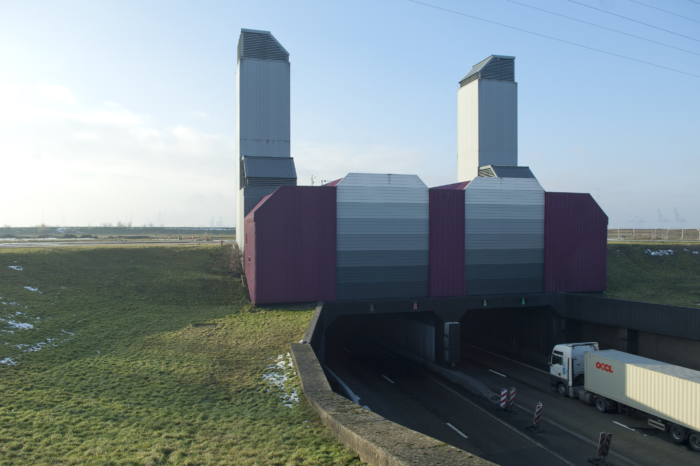 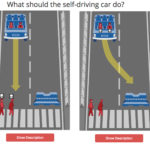