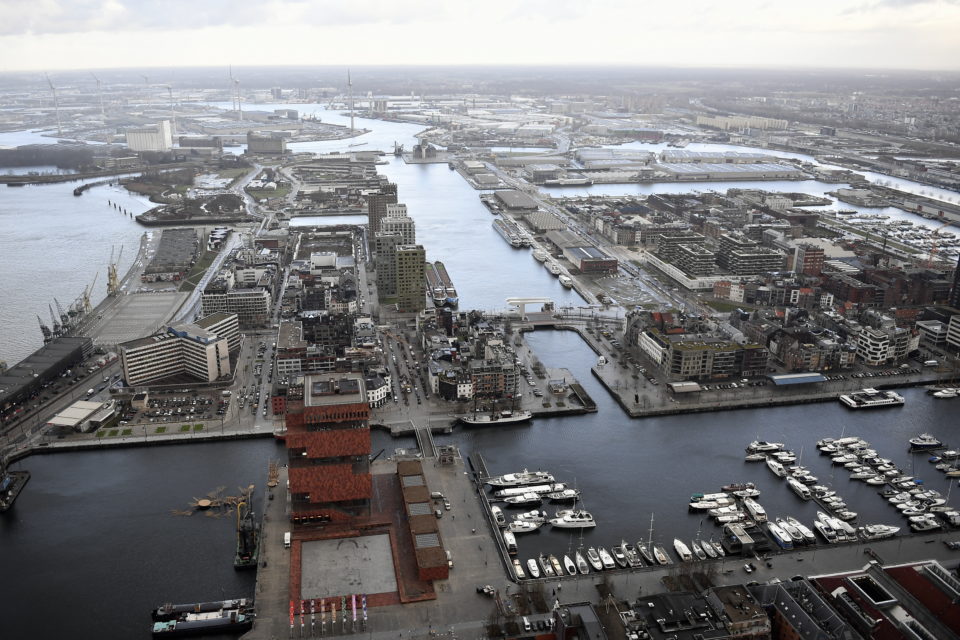 Antwerp seems to be one of the 50 hot spots of the most polluted areas by NO2, a substance produced by the combustion of fuels like coal, diesel, petrol or gas. The pollution certainnly has to do with traffic and the presence of the harbour /Belga

Belgium, and especially Antwerp, is one of the areas most polluted by nitrogen dioxide in the world, as is shown by a new interactive world map based on the measurements of the latest satellite images. The information will be discussed during the international air pollution conference, organized by the World Health Organization (WHO) in Geneva this week. Citizens can consult the map online.

Most polluted by NO2

Antwerp seems to be one of the hot spots of the most polluted areas by NO2, a substance produced by the combustion of fuels like coal, diesel, petrol or gas. It is harmful for out health and leads to 75.000 premature deaths a year in Europe. It also produces particles in the air and ozone, two of the most damaging elements for our health.

The information is collected by the new Sentinel 5P satellite of the European space travel organization ESA. Since June 1st, this satellite is daily passing by every location on earth to make detailed scans of air pollution in the atmosphere. For experts they are a perfect addition to the measurements on the ground.

Presence of the harbour

Most important of the 50 listed hot spots of pollution are coal-fired power station in India, South Africa and Germany, ten power stations and industrial clusters in China, cities with a high transport emission level, like Santiago de Chile, Dubai, London and Paris, but also areas with an important agricultural combustion, like Congo and Angola.

The city of Antwerp, which is one of the most polluted areas in the world, shows a mix of several NO2 sources, among which transport, industry and coal-burning power station. The fact that the city is one of the 50 most polluted zones has to do with the presence of the harbour and the combination of petrochemistry and traffic.

“The large number of diesel cars and the dense road network in our cities, and also in Antwerp, are playing an important role”, explains Joerie Thijs, expert air quality for Greenpeace. “A comparison between week and weekend information shows a significant lower level of NO2 pollution during the weekends.”

According to Tim Nawrot, specialized in epidemics and the environment, working at the university of Hasselt, traffic is responsible for 60% of health problems. “There has been a slight progression, though”, he says. “Compared to 15 years ago, there are 40% fewer emissions thanks to the lower energy production from coal-burning power stations and cleaner cars.”

However, the problem is not solved yet. “Standards are still exceeded and Flanders looks like one big metropolis where NO2 levels peak just like in cities like London and Paris.” The same goes for the southern part of the Netherlands and the German Rhur Area, as shown by the world map.

Also the European agency for the enviroment (Europees Milieuagentschap) published a new study with some striking conclusions about air pollution.

• Emissions of the most polluting substances decreased between 2001 and 2010, especially the emissions of sulphur dioxide, carbon oxide and benzene went down.

• Three quarter of people living in urban areas are exposed to particle levels exceeding the standards of the WHO. PM25 (fine particles in the air) caused about 422.000 premature deaths in 41 European countries in 2015. Last 30 years the number of premature deaths decreased, though, with half a million.

• As to ozone, almost everybody in the city (98%) is exposed to levels above the WHO standards. In 2015, ozone was responsible for 17.700 premature deaths in 41 European countries. 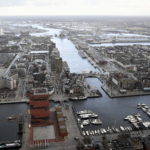