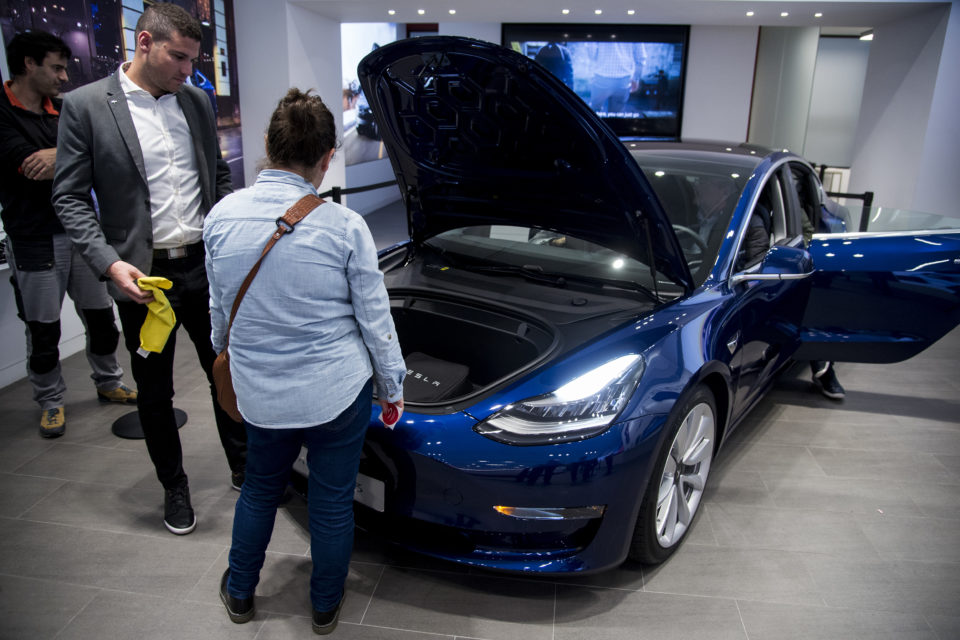 Finally Tesla’s Model 3 arrived in showrooms all over Europe at the same day on Wednesday 14 November. It will be deliverable from February 2019, but an exact price is not given yet /AFP

More than a year after Tesla delivered the first cars to a select group of its own employees, the Model 3 finally arrived in the European showrooms on Wednesday. In some places like Zürich, Switzerland, people were queuing outside for a first look and feel – not a test drive yet – of what has become one of America’s best-selling cars at the moment.

Occasionally, some Tesla Model 3 were spotted already on Dutch and German roads, but these are cases of ‘grey import’, as Tesla itself supplied its European showrooms only since Wednesday with the new model. Except for the UK and Ireland, because no Model 3s are available yet with the steering wheel on the right.

In Belgium, Tesla only invited the people who have paid – already since 2016 – a 1.000 euro in advance to come to Zaventem near Brussels to see the car and have a chance to sit in it briefly. Test drives are not allowed yet the first two weeks. In a few hours time dozens of would-be Tesla 3 owners came to the showroom, still not knowing how much the car will cost them at last.

Although Tesla’s CEO, Elon Musk, always targeted to have a basic Model 3 being sold for 35.000 dollar (31.000 euro), the ‘cheapest’ Model 3 costs an average of 54.000 dollar in the US (47.500 euro) today. In spite of that, according to Edmunds.com, online resource for automotive information, the Tesla 3 has become the fifth best-selling private car in the States in this quarter.

No price set yet

Only a few weeks ago, Elon Musk announced on Twitter there will be a ‘cheaper’ Model 3 with smaller battery capacity available in the US for 45.000 dollar before government incentives.

“Our new mid-range battery is being introduced this week in the US and Canada to better meet the varying range needs of the many customers eager to own a Model 3, and our delivery estimate for customers who have ordered the Standard Battery is 4-6 months”, Tesla states in the US.

That means that people at the other side of the Atlantic, who reserved their Tesla Model 3, still have to wait until February 2019 at least to have it delivered. Neither an exact price, nor a delivery date for Europe was announced yet.

The good news is that the Model 3 will not need the exclusive Tesla supercharger for fast charging, but will be compatible with the European Combined Charging System (CCS). It will be possible to quick-charge at most public charging stations. Owners of a Model S and Model X will have the possibility to get an adapter to do the same. 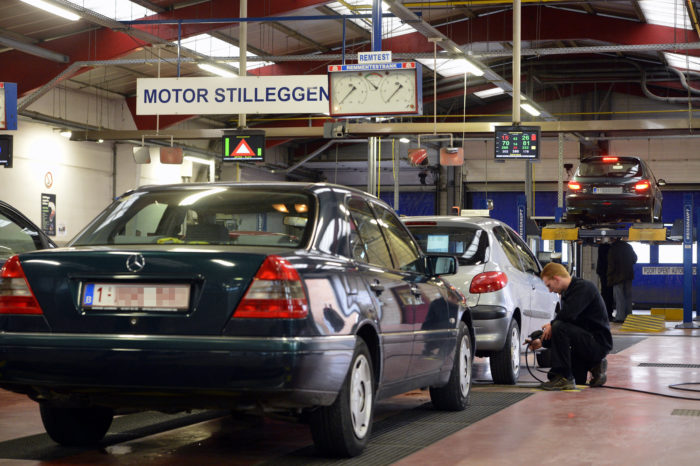 Car-Pass to be expanded to imported cars 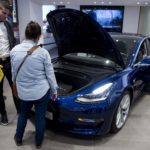