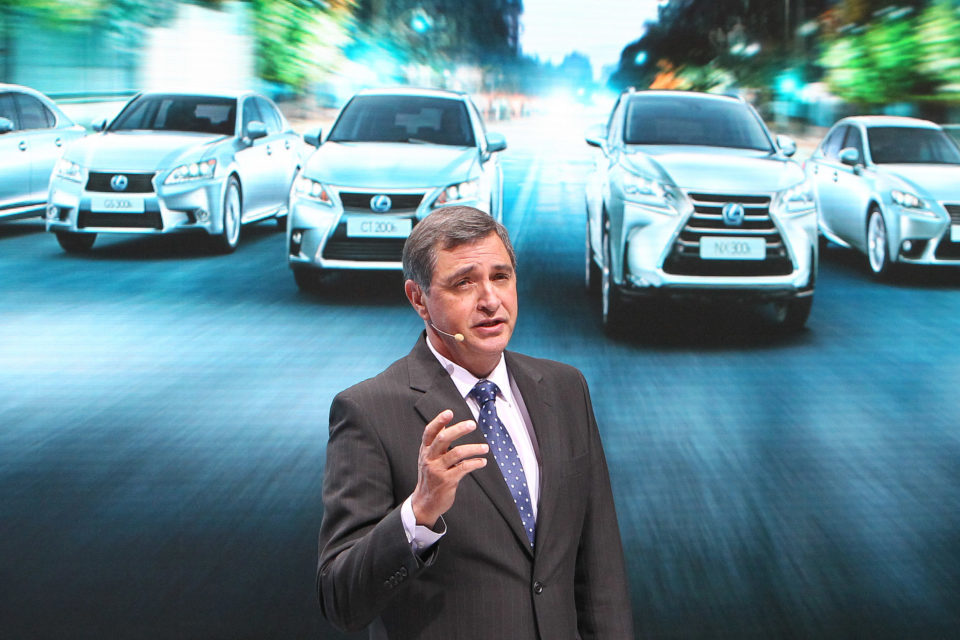 Belgium is very important for Toyota and it employs 4.400 people here. We had a talk with the European boss, Johan van Zyl, about the European market at TMC’s European headquarters in Brussels.

Van Zyl is a 60-year-old South-African who likes it in Belgium, climate notwithstanding. “Toyota is satisfied being in Belgium. The quality of the personnel is good, we can find very different profiles.”

In all, you employ 4.400 people in Belgium, which makes you the third most important car employer here after Volvo and Audi, but they have factories here. Aren’t you afraid about the high wages?

“Producing and assembling cars we don’t do here, there are more competitive regions for that, but for what we are looking here in our test centres and headquarters, we are very pleased with the degree of expertise and ready to pay for it. We also work closely with the Louvain University (KU Leuven) on autonomous driving and Brussels is a good cosmopolitan city to live in. We employ 60 nationalities here.”

Toyota wants to sell 5,5 million electrified cars in 2030, more than half of the total volume at the moment. How is Belgium doing in this matter?

“In Belgium we sell 53% hybrids, in Europe the average is 46%. It’s really a booming market. That’s why we don’t invest in diesel technology anymore. Sales are slumping and now we only sell 7,5% diesels, in 2010 it still was 30%. To reach our first million hybrid cars took us almost 10 years, last year we sold a million in 9 months and are already totalling 12 million worldwide and 2 million in Europe.”

Nevertheless, your sales in Europe aren’t so high. They went up 18% in 5 years but with approximately 1 million cars per year in Europe you don’t even have a 5% market share, while in Belgium it is only 3 percent.

“We are not interested in volume here, but sustainable and beneficial growth. We also focus on individual buyers, in the leasing market your margins are very low and Europe is already a difficult market. At the moment we have a 3% margin, our aim is to make it 5%.”

Doesn’t Toyota have an image problem against all these premium manufacturers here?

“We are the strongest brand in the world and here we are strengthening our image every day.”

Your most important market in Europe is the UK, selling 125.000 cars a year. What about the Brexit?

“This is certainly a concern: we have two plants in the UK and they are closely working together with our 7 other factories in Europe. Every day 50 big lorries cross the channel, today this goes very smoothly, but what if new formalities and taxes would come up?”

Does this also have consequences for your import hub in Zeebrugge?

“In Zeebrugge we have a parking capacity of 18.000 cars and we are working just-in-time, if there will be waiting queues we will have to increase our capacity there. Of course, not all cars there come from the UK, we also import from Japan, South-Africa and other European countries.”

Can a hard Brexit make you leave the UK?

“I don’t think so. We are not going to reshuffle. A hard Brexit will be negative for everyone. The coming weeks will be crucial, I hope that trade between the UK and Europe stays as free as possible.”

From the 4.400 people Toyota is employing in Belgium, some 930 work at the European headquarters. At the technology centre developing small and middle-size cars for Europe and the world and working on autonomous cars and fuel cells 854 people are employed.

Then there is the logistics centre in Diest delivering spare parts all over Europe with 895 employees. In Zeebrugge about 100 people work for the import/export centre together with a logistics partner. Finally the dealer network of Toyota in Belgium employs some 1.635 people, but they work indirectly for Toyota as the importer is still an independent one in Belgium, Inchcape from… the UK. 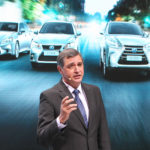