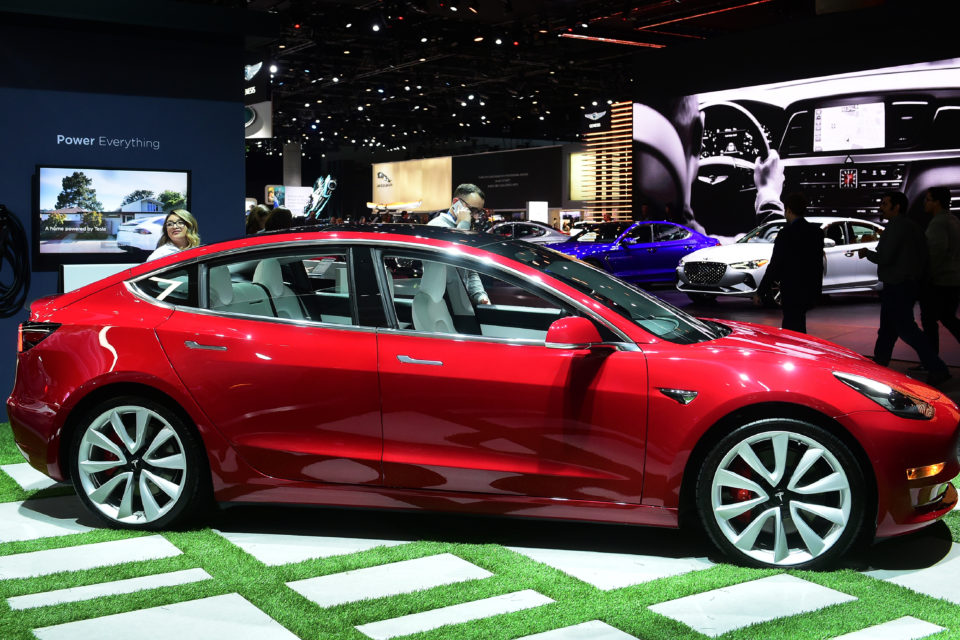 With 13.587 new Tesla Model 3s sold, it is the first time an electric car is the best-sold car in the Netherlands. But the total number of new cars is declining /AFP

Tesla announced on Wednesday it will start delivering its Model 3 in Europe in February 2019. Delivery will be done on first come, first served base: those who paid a 1.000 euro deposit in March 2016, will get it first if they confirm their order before January 1st. First invitations to choose your options are being sent.

Finally prices are given for the European Model 3, starting at 58.800 euro for a Model 3 Long Range AWD (with two electric motors) and a battery capacity of 74 kWh, good for a range of 544 km (WLTP). The slightly faster Performance version with a slightly shorter range of 530 km will cost 69.700 euro.

Prices are without deduction of premiums for zero emission cars that differ in all European countries. In France the Tesla 3 buyer can get a premium of 6.000 euro.

In Belgium, apart from tax deductions in all regions, in Flanders a premium can be obtained of maximum 2.500 euro for the Long Range and 2.000 euro for the Performance. The Netherlands have favourable taxes on electric cars too, but are only thinking so far about premiums up to 6.000 euro from 2020 on.

More than a year after Tesla delivered the first cars to a select group of its own employees, the Model 3 finally arrived in the European showrooms on November 14th.

In some places like Zürich, Switzerland, people were queuing outside for a first look and feel – not a test drive yet – of what has become America’s fifth best-selling sedan at the moment.

Tesla decided to build the premium versions first, as they make a better margin of 20%. That’s even better than the 15% Tesla envisioned at first, according to Edmunds.com.

The latter helped Tesla to get out of the red for the first time, as announced last October. In the third quarter, called by some American media ‘the wildest in the company’s history’, Tesla has made a 311,5 million dollar profit on a total revenue of 6,8 billion dollar, thanks to the ramped up production of the Model 3. 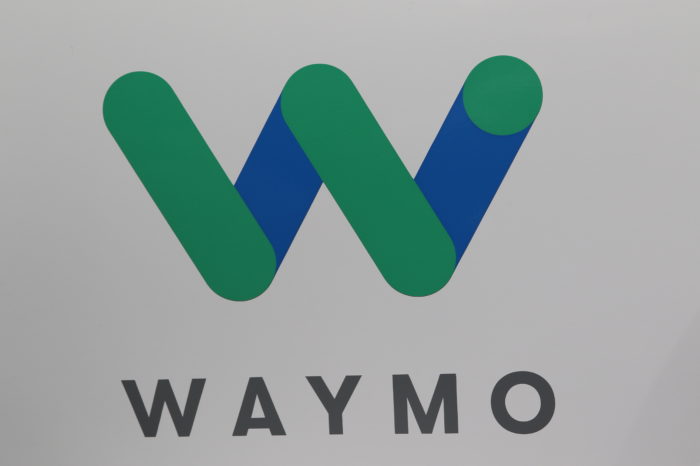 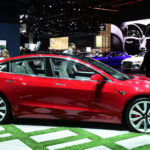