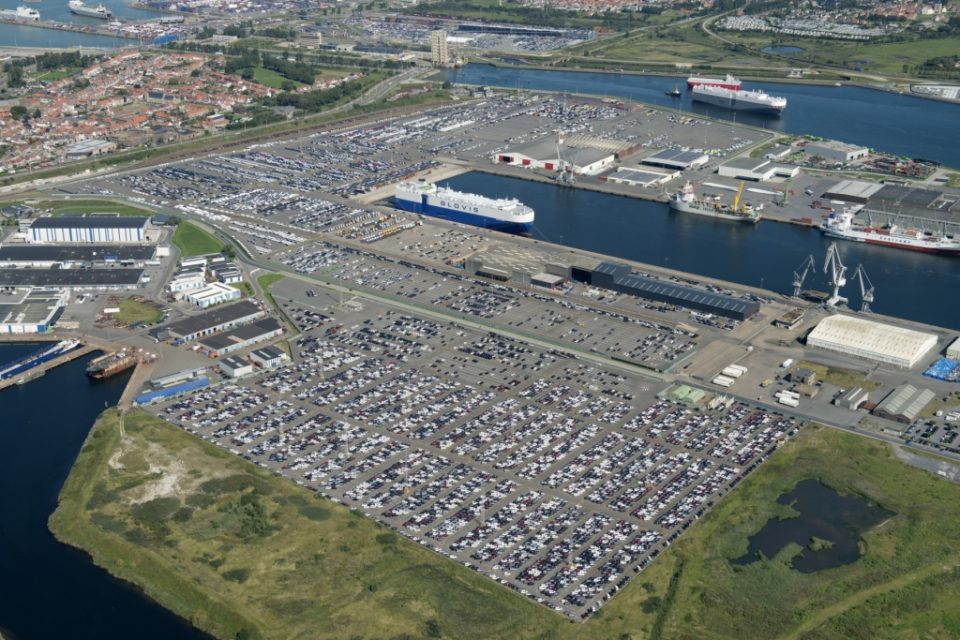 ICO already operated the world’s largest car terminal in Zeebrugge, handling new cars that are entering (or leaving) Europe. From February on Tesla is going to push its EU deliveries through the Port of Zeebrugge at a pace of 3.000 every two weeks /ICO

Tesla is going to push its Model 3 deliveries to the EU market through the Belgian Port of Zeebrugge. A first ro-ro ship with 3.000 Tesla Model 3s should dock in February 2019, according to local TV channel WTV. This makes sense as Tesla announced beginning of December it will start delivering its Model 3 in all major European countries from February on.

The American car maker is literally advertising ‘Tesla is coming to Zeebrugge’ on several job sites to look for more than 100 people to handle – with car processing company ICO – the shipments from the US.

The latter was confirmed to the specialized harbour logistics magazine Flows by the CEO of International Car Operators (ICO) Marc Adriansens. “We have signed a nice contract for the handling of electric cars, but the brand prefers not to be mentioned”. This was also confirmed by CEO Joachim Coens of the Port of Zeebrugge to the Belga News Agency.

Adriansens added that the car handling company is preparing for this with 300 charging points for electrical vehicles and is expanding its Vehicle Processing Center with 4.000 square metres.

It operates four ‘vehicle processing centers’ in the ports of Antwerp and Zeebrugge, with the latter being the largest ‘car terminal’ in the world, capable of handling 16 car carrying ships at the same time. In these centers cars are washed, dewaxed, pre-delivery inspected and minor damages repaired, accessories mounted and the cars finally wrapped up for road transport.

ICO is already transferring 2,1 of the 2,8 million cars a year in Zeebrugge, “but we need expansion”, ICO boss Marc Adriansens said in May this year. “The market is still growing and Zeebrugge is very popular with all car shipping companies.”

Japanese logistics specialist Nippon Yusen Kaisha announced earlier this year an investment in its ICO car terminal with 60 million euro of which one-third will be put in a wind mill park at the site.  The latter has to power 1.500 planned electric charging points in the future.

The new wind farm will have a capacity of 44 megawatt and a yearly production of 110 gigawatt hour, good enough to provide a city like Bruges with energy for one year. The wind farm should be operational by end 2019.

Apparently that’s the case for Tesla too, starting a massive roll-out of its long-awaited Model 3,  now that production problems seems to be solved and the company managing to produce 5.000 Model 3s a week, with the intention to beef up to 7.000 to 10.000 units a week.

Shipping Teslas from California to Zeebrugge would take about two weeks, through the Panama Canal with ro-ro ships capable of transporting more than 3.000 vehicles at one.  According to the local Belgian TV channel WTV a delivery of 3.000 Teslas every two weeks is expected, although the latter wasn’t officially confirmed by one of the parties involved. 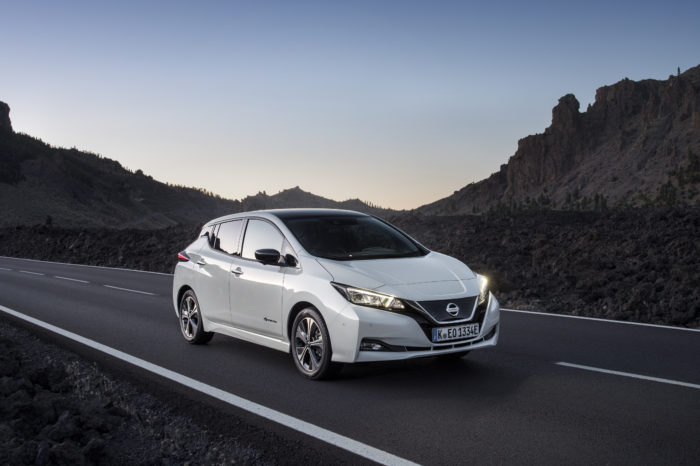 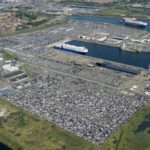