A modified Tesla Model X drives into the tunnel entrance at Musk’s SpaceX company. Guiding side-wheels push against the pavement to keep the car centered in the tunnel / AFP

On Tuesday night Elon Musk, visionary man behind Tesla, SpaceX and The Boring Company, showed a simplified – but working – version of his ‘tunnel vision’, an underground transportation system to move cars fast from one end to the other underneath a city like Los Angeles.

Unlike the theoretical system proposed before with ‘electrical skates’ transporting a car or a passenger pod on it at 120 to 150 mph (240 kph), Musk demonstrated a much more simple idea. A Tesla X equipped with side-facing wheels that keep the car nicely on track in the middle of the tunnel and keep it from bumping into the walls.

On the demo rides at the SpaceX headquarters’ parking lot in Hawthorn, a suburb of Los Angeles, the car is lowered on a lift system, roughly the size of two parking spaces to the mouth of the 1,8 km long tunnel.

Initially there was a 4,3 kilometre long ‘proof of concept tunnel’ planned, parallel to LA’s most busiest 405 freeway to convince the city of investing in a complete network in the future. Musk also announced other tunneling projects, like for the Dodgers Stadium in LA, one to connect Chicago to the O’Hare airport, and one in Washington DC.

This tunnel, however, actually exists and was built in less than two years after launching the concept. Once in the tunnel, the Tesla X moves on its own electric energy and its set of wheels autonomously at maximum 40 mph (65 kph).

The retractable guide wheel sets – that Musk says could be fitted to any electric car for roughly 200 to 300 dollar (260 euro) – push against the vertical pavement to keep the car centered.

“A rather bumpy ride”, Musk warns himself, as the pavement laying machine didn’t work as smoothly as expected. Something that will be solved for sure, Musk ensures, if you want to reach the expected average speeds of 150 mph.

The car has to be electric – zero emission – and capable of (semi)-autonomous driving as you don’t want to bump into another car somewhere in the middle of the tunnel.

The idea is to have cars flashing through the tunnel with very short intervals. After all, Elon Musk started thinking about such a system in December 2016, being confronted with a daily ride of 90 minutes from his villa in Bel Air to his L.A. office in hectic and “soul-destroying” traffic, as the man himself puts it.

So instead of keep on thinking about it, billionaire Musk bought himself a used tunneling machine, set up a company with the inspiring name ‘The Boring Company’ and started digging on the parking lot of his other company, SpaceX in Hawthorn.

14 times slower than a snale

Musk’s engineers converted ‘Godot’, as the machine was called, into an electrical one (instead of diesel-driven) and capable of boring faster than conventional tunneling machines do today. These are generally 14 times slower than a moving snale, a speed The Boring Company aims to beat with its next (third) ‘Prufrock’ machine under development.

Another difference is that Musk’s boring machine digs tunnels of 14 feet (4,2 m) diameter instead of the 28 feet single-lane tunnels that are used for traffic tunnels most of the time. A second generation machine called Line-storm is faster already and can place the concrete tunnel segments automatically, instead of having to stop to do it manually today.

The result is faster digging at a far lower cost, according to Musk. Boring the 1,8 km test tunnel has cost 10 million dollar (without counting development and equipment). That’s quite cheap, experts say, compared to 300 million dollar a mile (1,5 km) that was paid for the Silver Line tunnel in Washington DC, for instance.

At least that’s an argument Musk can sell to cities and authorities worldwide, who are queuing at The Boring Company to get a quote, at least according to the company.

Whether this queuing is all for an underground transportation system as Elon Musk showed in LA, remains the question, as some see more sense in digging infrastructure, like sewers with this technology.

Experts warn that Musk’s ‘tunnel vision’ could become the victim of its own success if people really like the idea of moving their car underground to go to the other end of the city in just a few, rather than 90 minutes. You could end up with massive traffic jams at the elevators to go underground, like today at some highway slip roads… 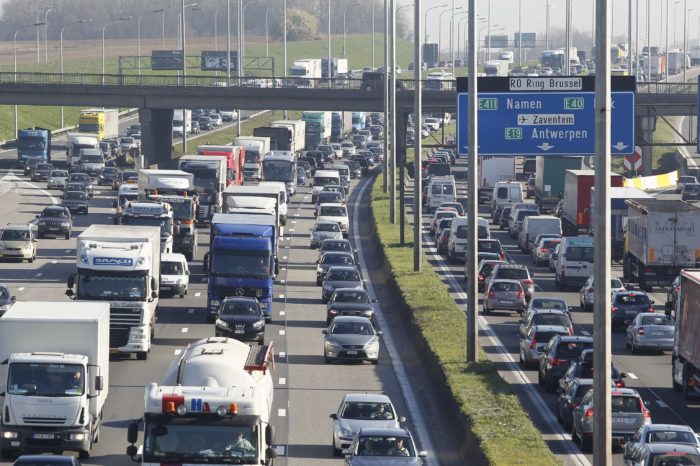 Car remains number one means of transport in Belgium 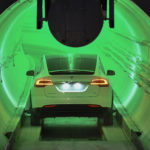