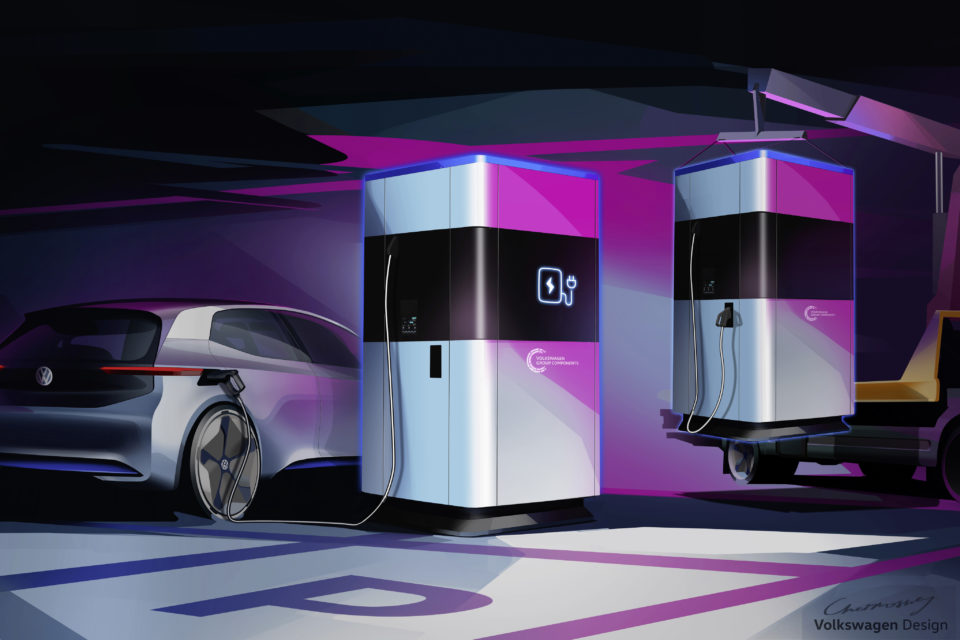 Beginning this year, Volkswagen starts experimenting in its home town of Wolfsburg (Germany) with a mobile super-charger station that can accommodate a total of 15 EVs. It takes only 17 minutes on average for the DC quick charger at 100 kW to get an electric car on the road again. VW already offers a first glimpse.

The mobile charger has somewhat the dimensions of an old-fashion telephone booth (for those generations that still know what that looks like) and is built on Volkswagen’s Modular Electric Toolkit (MEB) architecture, the platform for its next generation EVs, the ‘I.D. Family’.

It reuses the same EV batteries when they tend to become less performing in the cars after some years of usage, and has a total capacity of 360 kWh. That should be enough to charge up to 15 electric cars, four at the same time, with two using DC current and two using AC.

When the mobile charger drops to 20% of its capacity, it can simply be replaced by another charged one or – when available – can recharge itself with a standard 30 kW AC connection to the grid permanently. It could do that at the most cost-effective time intervals.

The beauty of the concept is that it can be dropped off by a truck anywhere where no fixed charging infrastructure or even no electricity at all is available. Think about events like major happenings or festivals, but it can also be used by whoever is interested to try out a charging place before investing in fixed infrastructure.

It’s not only a concept, as Volkswagen Group Components is to actually start experimenting with it shortly in its home town Wolfsburg and plans to start production in 2020. Volkswagen thinks it can be part of the solution to tackle the major problem of convincing people to switch over to electric: the availability of charging infrastructure.

By its (mobile) concept, if offers a number of major advantages: mobility, scalability, a second life for used batteries and by being easily charged itself at location at solar parks or wind mills, for instance, providing real sustainable energy. 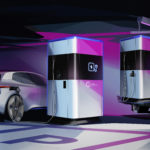