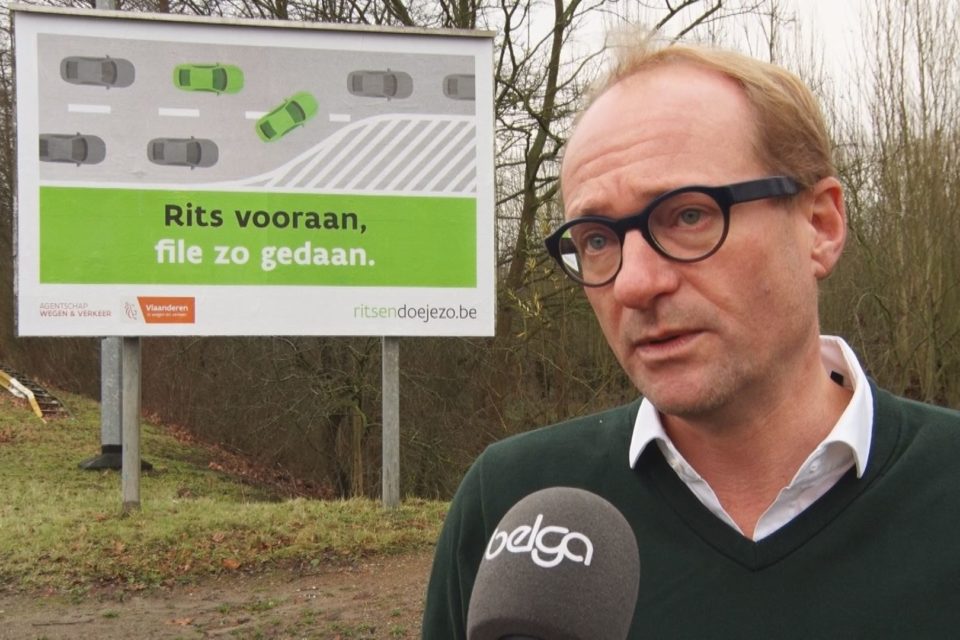 Flemish Mobility Minister, Ben Weyts (N-VA), launches another campaign to learn drivers how to merge lanes most efficiently. Sixteen years after the change in traffic rules and the first campaign car users still aren’t used to merge as late as possible.

Studies have shown that to merge late in a traffic jam and then letting cars act like a zipper is the most efficient way to lighten possible traffic jams. The whole act, however, as sensible as it can be, collides with the psychology of drivers and their sense of justice.

In an ideal world when you have a two lane road becoming one lane, the cars should drive on both lanes as far as possible and then merge one car after another the way a zipper is closing itself. That’s also what traffic rules are saying.

In reality, however, we see drivers occupying the two lanes with their car long before the ‘merging point’ because they can’t stand that somebody is ‘overtaking them and sneaking in’.

“This merging system only works when cars drive at the same speed on both lanes”, says mobility expert, Johan De Mol. “If drivers are going much faster on one of the two lanes they frustrate the others and that can create danger.”

In the Netherlands merging this way is already prescribed since 1989, but the traffic psychologist, Gerard Tertoolen, is surprised when asked why Dutch drivers can merge better than Belgian ones.

“In fact we look with envy and admiration towards Belgium”, he says, “in Belgium you can be fined (55 euro) when you don’t merge properly, in the Netherlands you just risk angry faces.”

Tertoolen thinks this is a universal problem: “People tend to merge far too quickly in traffic jams, they think it’s polite. In fact they create a slow line with ‘polite’ drivers and a fast(er) lane with ‘opportunistic egoists’. It creates a bad feeling for everyone.”

Tertoolen’s colleague, Ruud van Breda, points at the real problem: traffic experts can create as many rules and regulations they want, they will be confronted with the fact that human beings are no robots: “We are irrational beings, also or especially in traffic we have an important sense of justice.”

“The fact that as a driver you’re enclosed in a small iron cage doesn’t make things easier”, he continues. “In a car you stay anonymous, your reputation doesn’t suffer from your behaviour.”

“The traffic jam is not the problem here, it’s the fact that you have to make way for other road users”, he concludes. “You don’t have the feeling that you giving way will shorten the traffic jam, in fact you’re making it longer for yourself… with one car.” 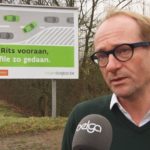