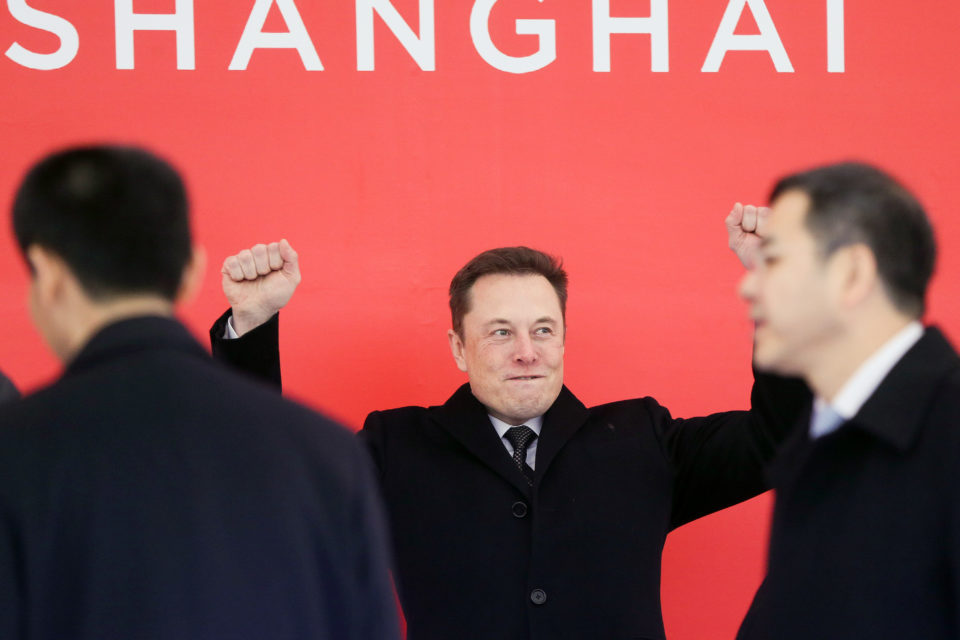 Tesla CEO, Elon Musk, attends the groundbreaking ceremony of the Tesla Shanghai giga-factory on Monday. Something he clearly sees as a victory /Xinhua

On Monday Tesla CEO, Elon Musk, has officially started – together with officials from the city of Shanghai – construction works on its giga-factory in China. Goal is to finish construction this summer and start building the Model 3 for the local market by the end of the year. Production of the premium models stays in the US.

The new giga-factory – Tesla’s first outside the US – occupies a 865.000 square metres terrain in Lingang near Shanghai, an industrial zone with several high-tech manufacturing facilities and will cost 5 billion dollar, according to the Bloomberg news agency. Production capacity of the new factory will be 500.000 cars a year. Musk hopes to shift to mass production from next year on.

Tesla is the first foreign company in China taking advantage of the new policy authorizing foreign car companies to own a Chinese subsidiary for the full 100%. Within 5 years China wants to abolish the restrictions forbidding foreign car manufacturers to control their local companies in the country.

No restrictions for electric car

For electric cars, restrictions were already lifted this year, welcomed by Tesla especially in the light of Donald Trumps’ trade war with China, which made the Chinese impose an import tax of 25% on cars. In July China lowered taxes again from 25 to 15% as a goodwill gesture. The tariffs for parts are lowered to 6%, where – until now – they could vary between 6 and 25%.

On the other hand, China wants to put a stop to the proliferation of new car factories for conventional cars, but also for electric cars, to avoid a threatening overcapacity. Only well-established companies with a more than average capacity use will be allowed to build on. Tesla being one of them, China believes apparently.

China’s car market exploded last years, but the growth is slowing down. While in 2016 it still grew with 16%, for 2018 only 3% is expected. Experts presume the Chinese government wants to limit production to force consolidation on the internal market. 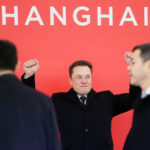