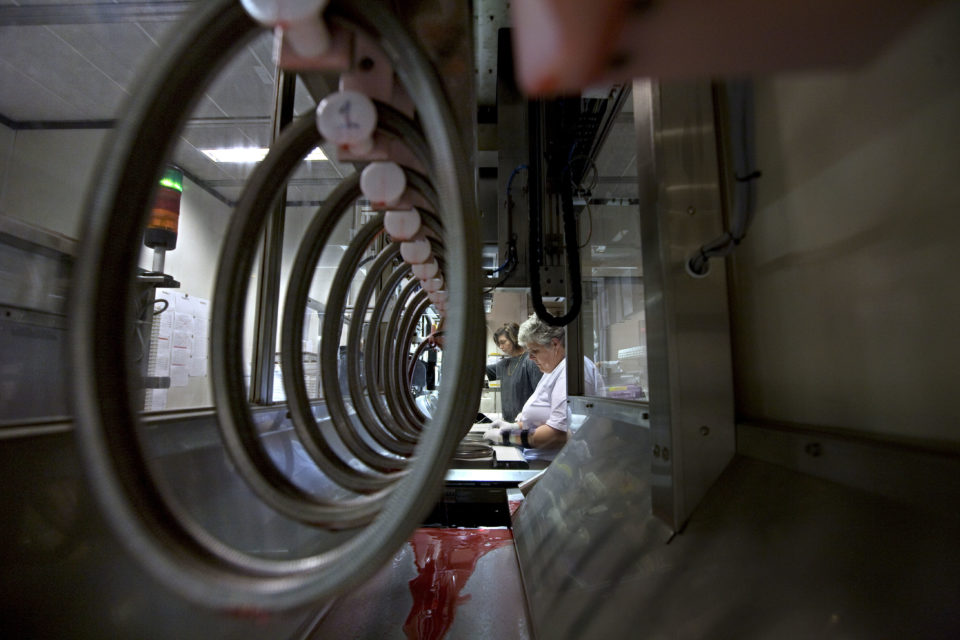 A series of pulling belts in the Dutch factory of CVT transmissions, now owned by German car supplier Bosch /HH

Despite its wide power range and revolution span, there’s a debate of whether an electric motor in a car could use a gearbox, with fairly fanatic believers and non believers. Perhaps the Continuously Variable Transmission (CVT) is the ultimate solution?

Most of the recently launched fully electric cars do not have a gearbox. The power deployment and the ability to reach very high revolutions don’t make gears necessary for normal driving.

However, with the expectations some drivers have from their (expensive) electric vehicles even an electric motor can be overcharged. At high speeds on the motorway the motor turns at very high revolutions and needs a lot of energy. This could be resolved with different gears.

Electric engineers don’t like gearboxes, though. An electric motor has an energy efficiency of 95% or more, with a gearbox this drops to less than 90 due to friction losses, the gearing itself, etc. Just to compare: the efficiency of an internal combustion engine (ICE) goes from… a good 35% (petrol) to a good 40% (diesel).

In the fifties of the previous century, Dutchman Huub Van Doorne, founder of DAF, invented the Continuously Variable Transmission or CVT.

The variation of gears was infinite and also infinitely variable because of the use of a belt turning between conic disks that vary their circumference by coming closer to each other (larger radius, higher gear) or by getting more deleted (smaller radius, lower gear).

In the beginning the belt was a rubber specimen and could start to vary in length (because of heat, age, pulling forces, etc.). Now the system is much more compact and the belt is steel with lamellae so that it’s rather pushing than pulling.

The  advantage of such a ‘gearbox’ is that it can adapt its gearing to the so-called ideal functioning island of an engine. The disadvantage is that engine sound and acceleration aren’t perfectly matching anymore, which is not very popular with many drivers.

Nevertheless, one fifth of all automatic gearboxes now fitted to cars are CVTs, mostly so in smaller cars with less powerful engines. As more than half of all cars sold now have an automatic gearbox (still increasing) this means that 1 out of 10 new cars has a CVT. Its biggest competitor is now the robotized mechanical gearbox with a double clutch.

As the now electronically steered CVT can perfectly regulate its gearing to stay in the best power zone of an engine, it is perfectly fitted to support an electric motor which develops high torque from the beginning and reaches its maximum power also fairly quickly.

It also means that the electric engine can even be smaller and still feel powerful and that it will turn in its ideal revolution bracket, both boosting efficiency even more.

Because the electric motor produces only a distant and faint whine, barely audible, the ‘conditioned’ drivers won’t be annoyed by a difference in noise and acceleration, they will only feel a powerful constant push as only an electric motor is able to provide.

It would be beneficial for efficiency, as well in electricity consumption as in price. You could choose between a smaller (and thus cheaper) battery or an increased range and the entire car would be cheaper to run. Van Doorne’s ‘clever lever’ is not dead yet.

Fabulous idea.Also less current drawn at low speeds as cvt ratio won’t load motor keeping resistance down but would possibly produce a power band as cvt ratio changes with speed.As long as changes are smooth though technically cvt gears are not changing ( one variable gear).Simon s 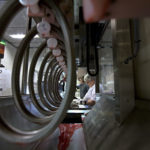