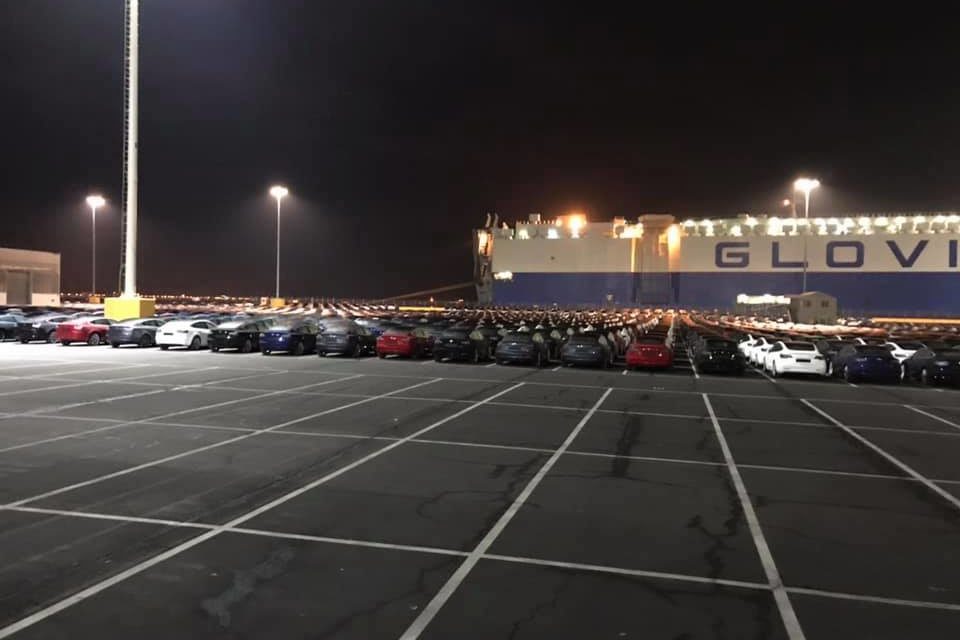 Like a pop star announced to visit Belgium, the news that Tesla CEO Elon Musk was to inspect the first shipment of 1.000 Model 3 for Europe in the harbour of Zeebruge, caused a lot of ‘excitement’ by his ‘fans’. Zeebrugge has become the entry port for Europe for Tesla, expectiing 3.000 cars a week for distribution to 14 countries.

Apparently while the whole European Tesla ‘general staff’ was waiting for their commander in chief, the visit was cancelled for Thursday. He eventualley should land by private jet on Friday, the specialized harbour magazine Flows states.

In Europe, Tesla-fans were looking out eagerly to the arrival of the Model 3 cars in Belgian sea port Zeebrugge. Monday night the car carrier Glovis Captain with presumably 1.000 new Teslas on board arrived from San Fransisco (US). At its arrival at the Pierre Vandamme lock in Zeebrugge die-hard fans took stand on the quays.

“Presumably 1.000 cars on board” the harbour magazine writes, because Tesla keeps a misty cloud around the shipments. The American car maker made the company handling the car in Zeebrugge for them, International Car Operators (ICO), sign an agreement to keep complete radio silence.

According to the latest rumours Elon Musk is expected to land on the nearby Ostend airport with a private jet around noon on Friday. On the visit nobody commented so far. If it’s not cancelled again in the next few hours, it’s more likely Musks prefers to make his visit to Belgium an online ‘media event’ himself with his preferred channel, Twitter.

Musk, who doesn’t want to spend any money on advertising his Tesla’s, was one of the first to ‘retweet’ a CNNBusiness report stating that the Tesla Model 3 was America’s best selling luxury car in 2018 ‘against all odds’. With the bottom price being just reduced to $42,900 in the US, Tesla sold 146.000 units.

From the 1.000 Teslas onboard the Glovis Captain, the first batch of 100 cars are being prepared for distribution over Europe, Flows magazine claims to know. Two more ships are said to be on their way to Zeebrugge, as at full pace a weekly shipment of 3.000 Teslas is expected.

In December it became clear Zeebrugge was preparing for handling Model 3 and Tesla was hiring some 100 people to help  doing that. Eventually ICO has enlisted 150 people for handling the Teslas, meaning washing and waxing, complete inspection, upgrading electronics and packaging for transport. To deal with the unloading of 3.000 Teslas a week 50 extra dock workers were recruited too.

Electric cars are essential for ICO’s future, which already invested in 300 charging points, to be expanded to 1.500 soon. The cars will leave the terminal with their batteries charged up to 80%. Together with electricity supplier Engie the Zeebrugge Port Authorities are investing 55 million euro in 11 wind mills to deliver enough ‘green’ energy.

The company is already transferring 2,1 of the 2,8 million cars a year in Zeebrugge, “but we need expansion”, ICO boss Marc Adriansens said in May last year. “The market is still growing and Zeebrugge is very popular with all car shipping companies.” Today 1% of the cars unloaded by ICO are electric, but Adriansens expect it to become 30% by 2025. 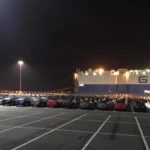