Yan Hascoët, co-founder and CEO of Chauffeur Privé, now Kapten, wants to beat Uber in Europe and become number one, with the support of Daimler/BMW /Figaro

The recent fusion between the mobility activities of BMW and Daimler has a big influence on the Chauffeur Privé platform too. As from now the Daimler co-owned platform (bought a year ago) is named Kapten and it wants to conquer Europe.

Through 15 major cities Kapten wants to deploy massively with an aggressive commercial strategy to get as soon as possible the critical mass of customers needed to work properly in every city it is available.

Kapten wants to deploy in 15 European cities outside of France within 2 years. The first one will be Geneva, London will follow a little later. Until now Chauffeur Privé was active in Paris, Lyon and Nice in France and since September last year in Lisbon.

This very offensive strategy is due to the reorganization of the mobility services of its new owner Daimler, which fused its activities with those of BMW.

The new entity was renamed MyIntelligentApps and has defined five strategic areas to be active in (car-sharing with DriveNow and Car2Go, parking, charging infrastructure, multi-modal solutions…).

To grow as soon as possible the price of a ride will be lowered from 8 to 6 euro to have as much new clients as possible. That may seem strange knowing that Chauffeur Privé was already growing well the last two years, with a turnover going from 48 to 160 million euro.

In Paris the number of drives grew from 4 to 6,5 million in one year but in Lyon and Nice the number was still too small and Kapten now has to prove it can grow rapidly there too. The goal is very ambitious: becoming the number one platform in Europe and beat Uber.

Their global platform, MyIntelligentApps, is still installing itself in the new headquarters in Berlin. In time it will without doubt try to merge all mobility platforms (Avec My Taxi, Beat, Clever Taxi) it’s also deploying now, but that will take a certain time.

If you look at the money invested, there are chances that in the long run the name Kapten will be the one that stays and takes the lead in this area at MyIntelligentApps. 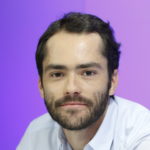