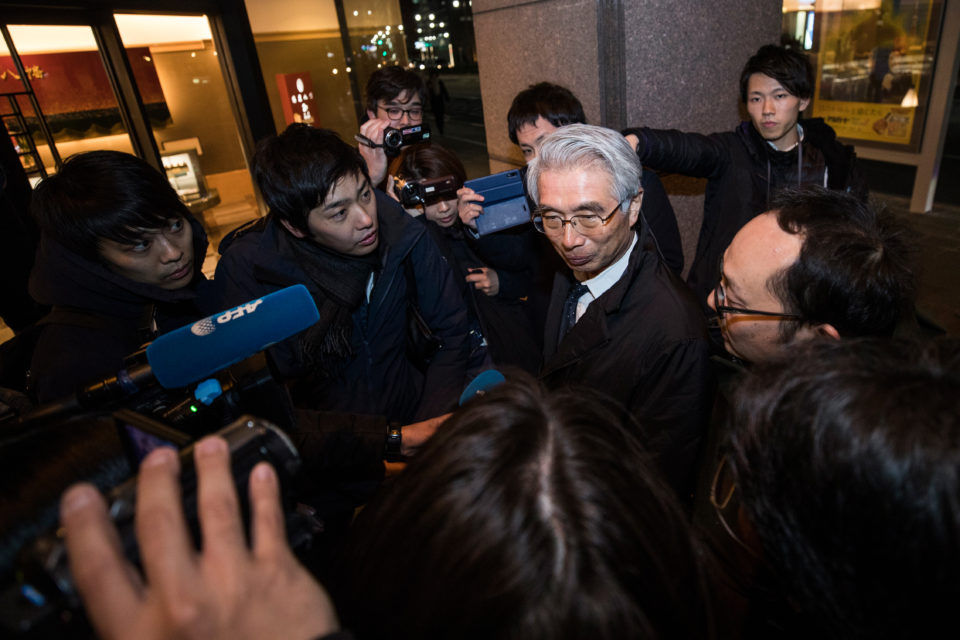 Junichiro Hironaka is the new lawyer of Carlos Ghosn, speaking with the media outside his office building in Tokyo on February 13, 2019 / AFP

Meanwhile, the board of Renault scraps the compensation payments linked to his non competition clause and the validation of stock actions he received from 2014 on.

Not only the compensation payments are in danger for Mr Ghosn, since 2015 he also received some 100.000 stock actions of the Renault Group every year and these won’t be validated, decided the Renault board.

Mr Ghosn’s two principal lawyers, Motonari Otsuru and Masato Oshikubo, have resigned, so they won’t represent him before court anymore. No reason has been given for this dismissal. Mister Otsuru is replaced by Junichiro Hironaka.

Hironaka is a renowned lawyer in Japan and famous for his flamboyant defense of different Japanese personalities of all kinds.

In a press statement, Ghosn has declared that he is impatient to start his defense. “I will defend myself vigorously, it will be the first stage in proving my innocence and investigating what has put me in this position.”

Jean-Yves Le Borgne, his French lawyer, thinks that this changing of lawyers “will give effectively more vigour to his defense”, and he has assured that it was Ghosn who chose to change lawyers. It was not a decision of the lawyers themselves.

Meanwhile, Mr Ghosn is losing some 30 million euro after the decisions of the board of Renault. This board has unanimously decided that the clause of non competition is not valid anymore, hence the payment of two years of salary will not take place.

Furthermore, Ghosn also loses his rights to the stock actions that were given to him the last four years (some 380.000 in total) “because the contract stipulated that Mr Ghosn had to be actively present within the company and this is no longer the case.”

In a reaction, Mr Le Borgne, his French lawyer, says that it has not yet been decided how to react but that it is very possible that Mr Ghosn will oppose this decision. 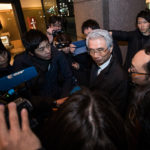