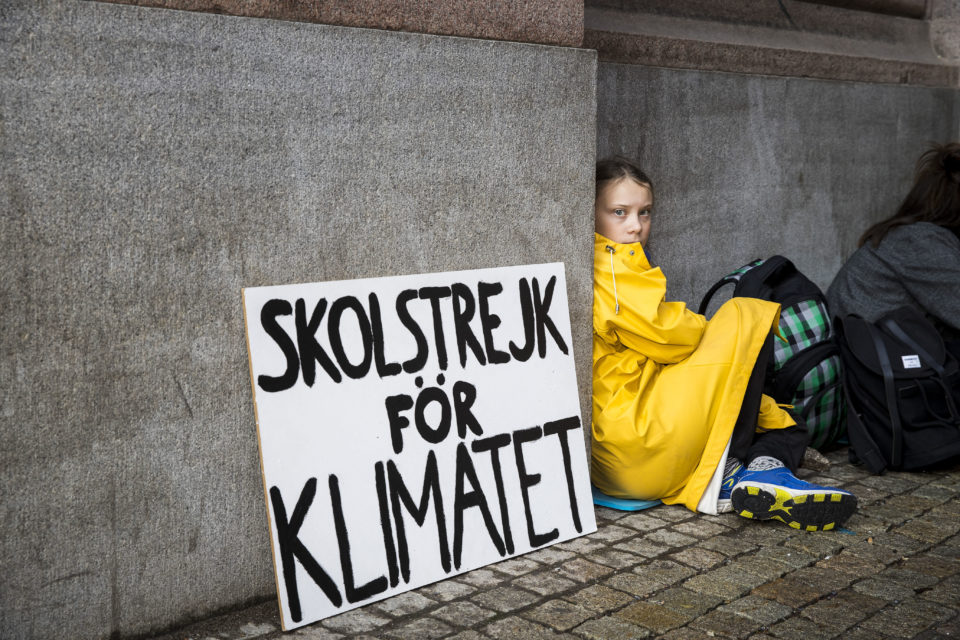 Sweden’s most famous climate activist Greta Thunberg leads a school strike and sits outside of the Swedish Parliament. In Sweden a CO2 tax is as common as VAT already /Eyevine

A CO2 tax would be the beginning of the end, claim opponents of such a tax. Sweden has had such a tax for almost 30 years. Over there the tax is as self-evident as energy tax, VAT, alcohol tax and the countless other taxes you pay as a Swede. Is there anything to learn from it?

The carbon dioxide tax, or the so-called ‘koldioxidskatt’, was introduced in 1991. Today the tax is so normalized that you rarely hear anyone talking about it. The tax was introduced as an answer to two coinciding circumstances: the demand for a reduction in exorbitant income taxes (which at the time were around 90%) and the growing interest in climate issues.

The introduction of the tax was part of a major reform of the Swedish tax system. Nobody had to cough up money immediately, the government cut taxes on labor and capital at the same time and the carbon dioxide tax was gradually increased. However paradoxical it may sound, at the same time, the energy tax was almost halved.

Yet the message was clear: the taxation of energy was not an explicit environmental measure, while the government gave the signal with the CO2 tax that from now on it is the polluter who pays (last year Sweden also introduced a carbon tax on air travel).

When the tax was introduced, Sweden paid 27 euro per ton of CO2 emissions. Today Sweden pays around 110 euro per ton, almost a fourfold increase and the highest in the world. “This step-by-step increase has made it possible for both individuals and companies to gradually adept to a fossil-poor society”, says Mathias Fridahl, climate policy researcher at Linköping University.

Was there never any resistance, such as recently in the Netherlands, where industry successfully opposed to a CO2 tax in the Climate Agreement? Two comments. First of all, Sweden has no significant fossil resources, so it has no fossil companies that could have resisted.

Plus: since a year after the introduction of the CO2 tax, most of the (heavy) production industry enjoyed substantial discounts or refunds – one fifth of what private households or the service sector paid for a kilo of CO2. “If we are overtaxed, we go abroad”, was their threat.

Recent equal treatment for all sectors

Only since 2018 has the emissions tax been equalized for all sectors, although there are still companies that are (partly) exempt for the Swedish tax because they are covered by European legislation (international transport) or because they are part of the European emissions trading system (such as mining).

Fridahl calls the emissions trading system a ‘toothless construction’ in which so many CO2 licenses can be granted that they are sold at stunt prices. Of the about 40.000 companies in Sweden with at least ten employees, some 750 – often the largest companies in heavy industry – fall under this so-called EU ETS system.

Most medium-sized and smaller industries, including, such as, combustion plants and production companies, simply pay the full Swedish pond.

When the debate in the koldioxidskatt in Sweden sparks up, it usually concerns the discussion whether the amount for a ton of CO2 corresponds to the social costs. “This calculation of damagesis an idiotic exercise because there are as many answers as there are research reports”, says Fridahl.

Many of these studies only look at the direct social costs of climate change, such as failed harvest. Fridahl: “But what price tag do you put on health risks?” The levy is an instrument to discourage greenhouse gas emissions. “If you look at it this way, you can argue: the higher the price, the greater the result.”

What is the result in Sweden, where there is a working group for each industry in which companies, together with universities and the government, map out what it takes per sector to get them emission-free?

CO2 emissions from homes and offices were reduced by 86% between 1990 and 2015, mainly due to the introduction of a central district heating system. Emissions from the manufacturing industry have been reduced by 10% in that period, while activity increased by 35%.

Increase in production, drop in emissions

This trend is noticeable in most sectors: an increase in production and a simultaneous drop in emissions. Coal consumption in Sweden has halved sine the 1980’s, and more than half of all energy produced is renewable (although it should be noted that nuclear energy accounts for the lion’s share of the other half).

Lena Hök, Vice President Sustainability at Skanska, a Swedish-based construction multinational, explains the success of the process in this way: “you must be given the opportunity to invest and be sure that is a long-term development.”

According to environmental economist Sterner, science largely agrees that taxation of emissions is the cheapest and most efficient way to meet climate goals. At the same time, Fridahl says, the effect of the CO2 tax cannot always be seen separately from other Swedish climate measures.

Subsidies for sustainable technology and the development of renewable energy sources have also contributed to reducing emissions over the last 30 years. Although these clean innovations are ideally the natural result of a high carbon dioxide tax. 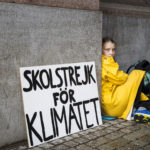