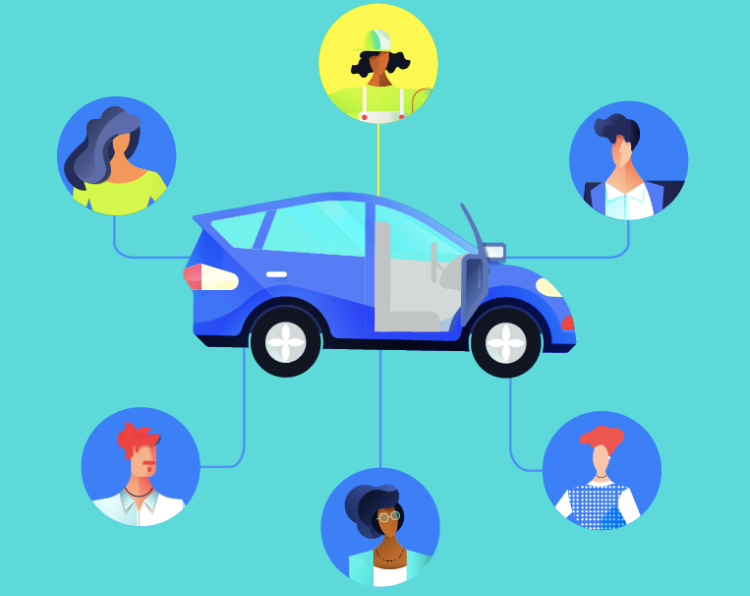 Drivy, claiming to be the leading European private car sharing platform, has already more than 2 million users in Europe and is present is six countries. In Brussels, it offers 400 cars and vans. But in a capital saturated with cars and a constantly raised cost of parking, the idea of sharing a private vehicle or borrowing from your neighbourhood, is making its way to more and more people.

Drivy, founded in 2010 and present in Belgium since 2017, connects car owners with those who want to borrow one. Thanks to an app, you can easily book a vehicle via smartphone. You don’t even need to meet the owner of the car to exchange keys with. Due to in particular Drivy Open, a secure technology that allows users to unlock the cars they use with their smartphone alone.

The principle of this self-service rental system is simple. After booking a Drivy Open car on the app or site, the user can unlock the car in one click, within the time slot reserved for him, and pick up the keys in the car.

After use, the car is always returned, either to the private parking where the driver picked it up, or when the car was stationed in a public parking, it must be returned to a maximum of 500 metres from the starting point where the parking lot benefits from the owner’s local residents card.

In principle, there are no risks involved. “Locking the car by smartphone triggers a lock. If the window is broken to steal the keys, the thief will not be able to start the car because the lock will remain connected.”

Payment is made online from the site or via the app. “The owner sets the price but we guide him. This generally amounts to around 35 euro per day and, for 4 hours, it is 70% of the price of the day. You can’t rent for less than half a day, though. That’s a choice that we have made. The owner determines the availability of his car and can regularly adjust his calendar via the app.”

Complementary to Cambio and DriveNow

In Brussels, Drivy offer 400 vehicles, 60 of which have the Drivy Open system. They alone provide half of the rentals. Not all cars have the system or can be adapted with it (the installation of a Drivy Open-box takes on average 1,30 hour and is free). They must be less than 7 years old and have less than 100.00 km on the odometer.

Drivy, the company that believes it is complementary to other car sharing services, such as Cambio or DriveNow, is looking for cars that meet the needs of borrowers, such as small urban dwellers but also family cars and commercial vehicles. 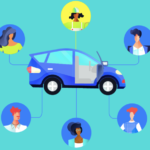