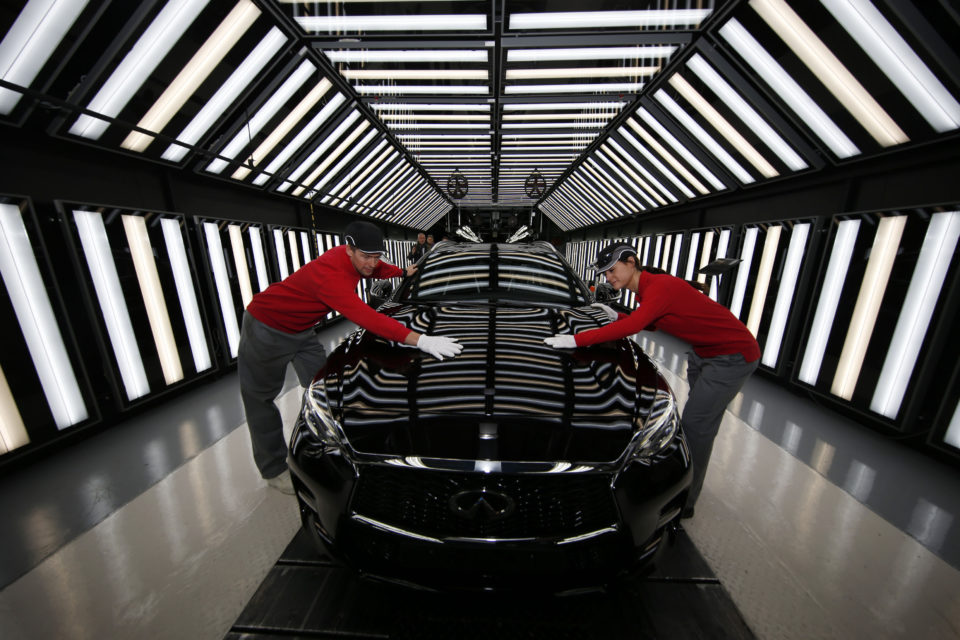 For the Infiniti Q30 sedan, exclusively built in the Nissan factory in Sunderland in the UK, it will be end of the line all the way by July 2019, as production will be stopped /PA

Japanese carmaker Nissan announced on Tuesday it stops selling its premium brand, Infiniti, in Europe to focus on the US and China solely. Half this year, production of the Q30 sedan and the QX30 SUV will end in the Nissan factory in Sunderland (UK).

The move to pull back Infiniti from the European market fits in Nissan’s plan to divert resources to the two biggest markets, the United States and China. With only 5.800 cars sold, Infiniti sales in western Europe almost halved last year.

It’s clear the Japanese luxury brand struggles to compete in Europe with premium brands, like Mercedes, BMW or Audi. “Europe is the most challenging and competitive region for premium cars”, Infinity spokesman, Trevor Hale, told the Reuters press agency.

Hale admitted the Japanese brand struggled to effectively meet the strict European emission standards and other regional requirements. “The commercial reality for Infiniti in western Europe is that there is simply no visibility of a viable and sustainable business, especially given the regulatory challenges”, he added.

Infiniti, with headquarters in Hong Kong since 2012, has 55 stores in Europe and employs 51 people directly. However, it will also have an impact on Nissan’s Sunderland factory, where the Q30 and QX30 are built exclusively tor the rest of the world.

Sunderland houses the largest car plant in the UK since Nissan chose to produce here in 1986. It makes 500.000 cars per year and employs 7.000 people. 55% of the cars it exports to the European Union today.

Nissan announced in February that it will not produce its new X-Trail SUV in Sunderland (UK) as was previously planned. The car will be made in the Kyushu plant in Japan. The other future models, like Juke and Qashqai, are not affected by the decision, neither is the electric Nissan Leaf. However, now Infiniti production will end too.

Nissan refused to say explicitly it is directly linked to Brexit. Although Gianlucca de Ficchy, president of Nissan Europe admitted that “the uncertainty of the future relations between the UK and the EU is not very helpful for companies like ours to plan the future.” Something the British Parliament proved again on Tuesday night by yet another refusal of a Brexit deal.

SUVs for US and China

That future for Infiniti Nissan clearly sees in the US and China. Infiniti will focus in North America on its SUVs and plans to bring five new or redesigned SUV models to China in the next five years. The move will also allow Infiniti to “electrify a good part of the portfolio” from 2021 on and pull the plug on diesel engines. 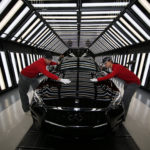