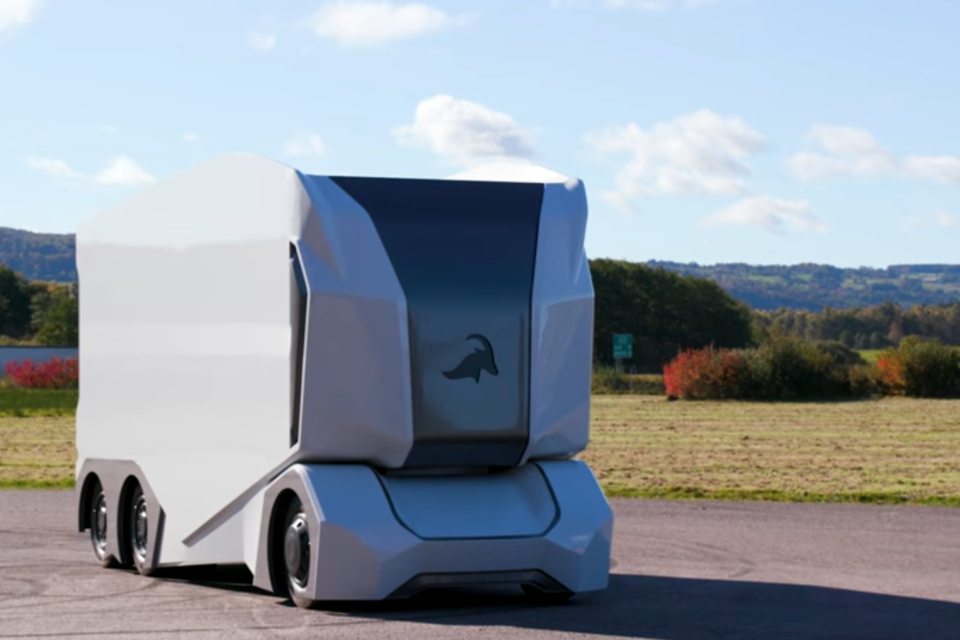 The T-pod from Swedish Einride looks somewhat like a Star Wars Storm Trooper. The fully electric vehicle without a driver’s cabin, is able to transport 15 euro pallets autonomously over up to 200 km /Einride

After a ‘site acceptance test’ last week, the Swedish Transport Agency is the first European authority to allow robot-trucks to be tested on public road(s). Developer Einride and logistic transport company DB Schenker got green light to let the cabin and driverless T-pod ‘commute’ autonomously between the warehouse and the terminal using a public road.

The seven by 2,5 m measuring electric truck with the looks of a Star Wars Storm Trooper, and missing a driver’s cabin, is capable of loading 15 euro pallets. Its weights 26 tons.

Its 200 kWh battery gives it a range of 200 km. It has a top speed of 85 km/hour. The T-log is a variant with an open loading space for loading tree-truncs for the logging industry. Today the T-pod is already capable of SAE Level 4 autonomous driving, using the Nvidia Drive platform, but can be controlled remotely too.

No human on board

It’s only over a short distance in an industrial area where average speeds are typically low that the T-pod will be used for now. But is a world’s first on public roads, as there is no driver’s cabin or steering wheel and thus no human on board to intervene. The I-pod is controlled remotely by a human, though, who can in theory control ten of them at the same time.

The tests under ‘real-world conditions’ were done on a closed site of DB Schenker in Jönköping, a city at the southern-most point of the Vättermeer, 300 km south-west of Stockholm. With the permit, valid until December 2019, Einride and DB Schenkerare allowed to set up a fully autonomous daily transport between a warehouse and a terminal, starting in spring.

“Autonomous trucks will become increasingly important for the logistics sector. Together with Einride, we are now able to introduce autonomous, fully electric trucks to a continuous flow on a public road – a milestone in the transition to the transport system of tomorrow”, says Jochen Thewes, CEO of DB Schenker.

Goal is to be able to have a fleet of 200 T-pods travelling over a 200 km highway between Göteborg and Helsingborg mixing among ‘ordinary’ traffic by 2020. They would have the capacity to transport 2 million pallets per year. That would avoid CO2 emissions of the equivalent of 400.000 single car trips.

“This way we have a massive benefit when it comes to sustainability effects”, says Einride’s founder and CEO Robert Falck. “But we are also looking at lowering the transport costs on what is Sweden’s major transport stretch.”

Einride itself is not a developer, but a transport service company that provides a complete system to transport or logistics companies. It’s not going to sell T-pods as such, but a whole transport service that is to be run by the client itself, or operated by Einride.

For the T-pod Einride works with automotive suppliers and a number of tech companies that are specializing in autonomous transport, like chip maker Nvidia. The T-pod has an array of radars, lidars and cameras to have a 360 degree view on its environment. The 5G connections to the vehicle are delivered by Ericsson. 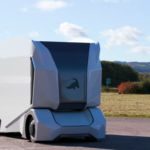