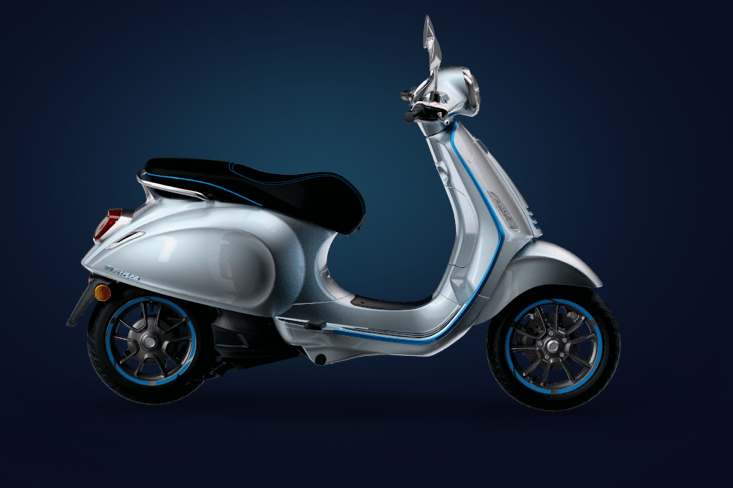 Vespa clearly positions its e-scooter in the premium segment / Vespa

Vespa launches the Elettrica, its first full electric scooter. This is an electrically powered moped with performance comparable to that of a 50 cc petrol scooter. Vespa clearly positions its e-scooter in the premium segment. Therefore it plays its heritage trump with a retro design, a neat finish and extra connectivity.

The European market for electric scooters is growing steadily. 31.000 scooters were sold in Europe in 2018. These are often used for sharing platforms in large cities. They are also popular with local courier companies.

The Vespa Elettrica city scooter runs quietly and leaves conventional 50 cc scooters in its wake. Once the cruising speed has been reached, there is no power reserve because the e-motor only develops 4 kW. It reaches a top speed of 45 km/hour and with one battery charge it has a range of about 60 km.

In Belgium, drivers can ride the Elettrica from the age of 16, provided they have a driving license for a class B moped. The scooter weighs 30 kg extra (including 25 kg of batteries) which is felt in the stiffer damping and during braking.

It is not the first time that Piaggio has developed electrical systems. Ten years ago, the Italian manufacturer also launched a plug-in hybrid version of the three-wheeled MP3 scooter.

Today, Vespa provides no quick charging system as it is too expensive. The battery with a capacity of 4,2 kWh charges in three hours on a 230V power outlet. According to the manufacturer, the average range in normal city traffic is between 48 km and 60 km.

With a price tag of 6.390 euro, the Elettrica is anything but cheap. You can buy a Vespa Primavera 50 cc scooter (with petrol engine) from 3.600 euro and even the top model maxi scooter with the powerful 300 cc engine (GTV 300) is cheaper with a price tag of 6.000 euro. 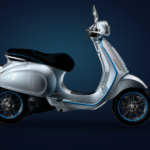