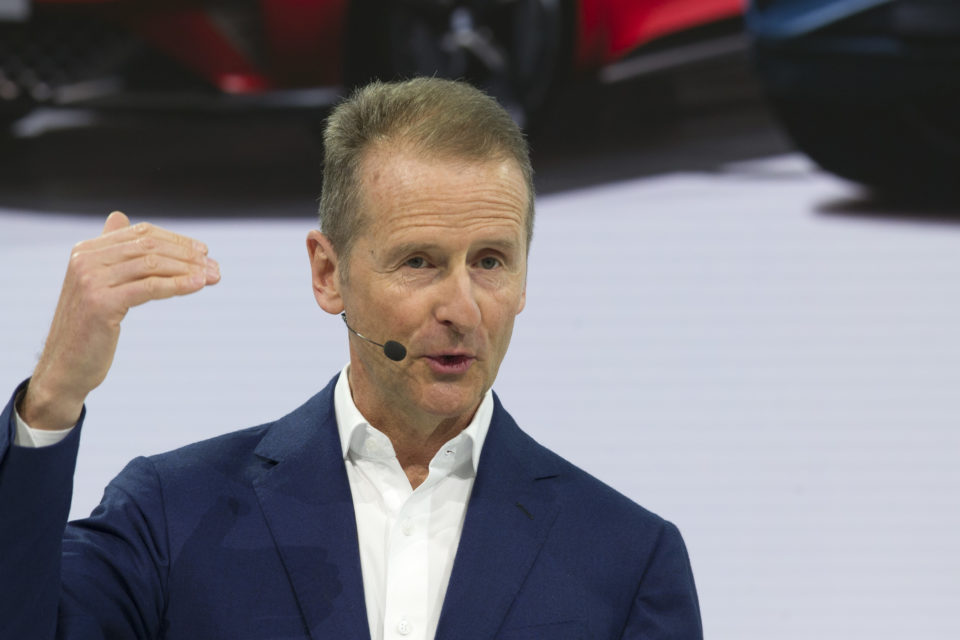 Herbert DIESS, VW Group CEO, at the annual press conference of the group on wednesday 12th of March /DPA

A few days ago Volkswagen announced a 5.000 jobs cut ‘to prepare the company’s future’, today the amount of jobs lost raises to 7.000. During a meeting with the managerial staff of the group VW CEO Diess has also used some very inappropriate language for which he now excuses himself.

According to the German press Mister Diess has several times used the phrase ‘EBIT macht frei’ to indicate that the EBIT figures (Earnings Before Interests and taxes) also known as the operational margin of Volkswagen is not good enough.

The phrase has immediately been picked up as very controversial because it refers to the sinister slogan ‘Arbeit macht frei’ exposed under the Nazi tyranny above the entrance of the Auschwitz extermination camp.

“This was a very unfortunate choice of words”, has now declared Diess to the German newspaper Wirtschaftswoche. Mister Diess has also declared to present his excuses ‘in all their forms’ for the troubled past of the company.

During World War II Volkswagen used forced labour and workers from the extermination camps. “VW has shown through a number of activities and initiatives that we are aware of the historical responsibility of the company during the Third Reich” has added Diess.

In the nineties of the previous century Volkswagen has created a compensation fund for the forced labour it used and has let historians have access to its archives.

Volkswagen Group wants to electrify his production as quickly as possible and this asks for very high investments. Before 2028 it wants to introduce 70 electric models onto the market, 20 more than earlier predicted, involving a 44 billion investment scheme.

To be able to spend that money (and pay the fines of the so-called Dieselgate already amounting to 28 billion euro) VW has to take austerity measures. Last year the operational margin was at 3,8%, below the 4% target it had set itself, and regressing from 4,2% in 2017.

“In our industry we need a 5 to 6% margin”, indicated the financial director Arno Antlitz yesterday, “otherwise we can’t realise the necessary transformation. A restructuring is already going on and foresees 21.000 employs cut worldwide before the end of 2020 and a saving of 3 billion euro.

Just before the closing of the stock market yesterday VW also announced that it would wait with an IPO of its trucks and heavy duty vehicles activities regrouped under the Traton name. Traton weighs 26 billion euro in turnover, but VW wants to wait for better market conditions. 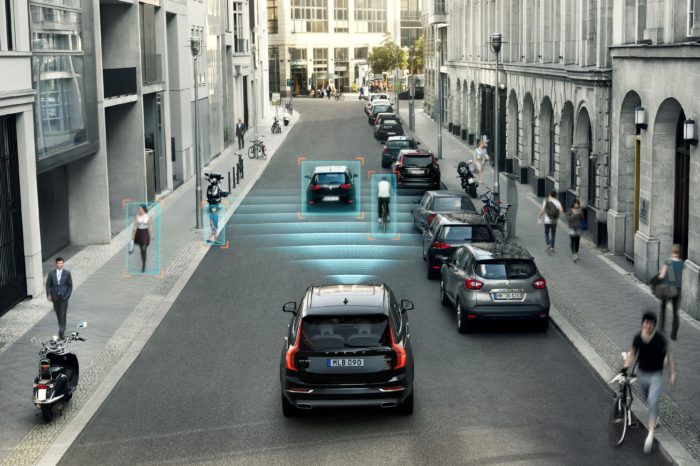 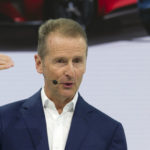