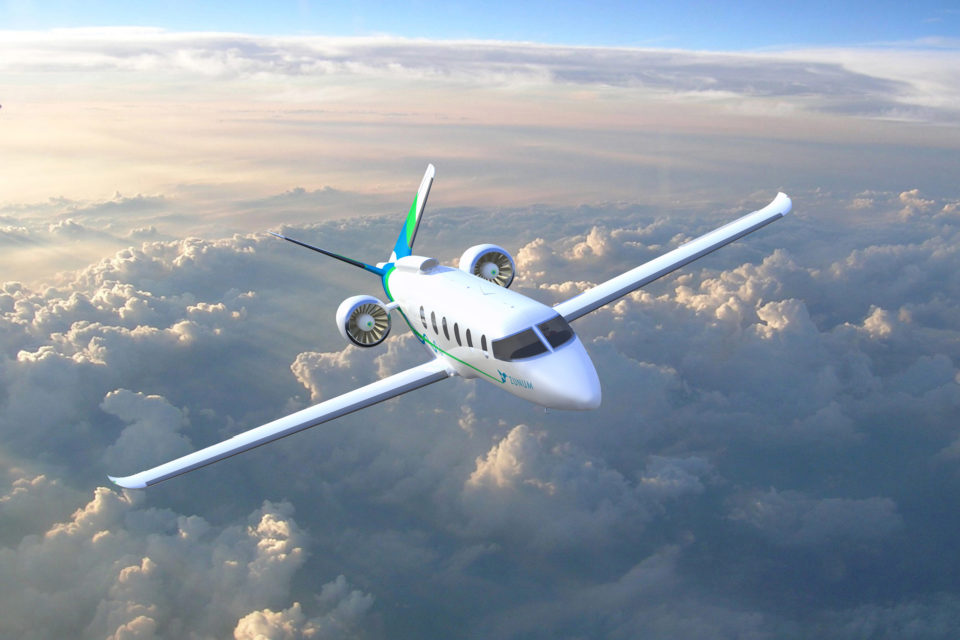 Zunum Aero focuses on ‘energy sipping battery first flights’ with aircraft using electric propulsors. Those are fed by batteries in the wings and backed-up by a powerful range extender /Zunum Aero

For short-haul flights, electric planes could use small regional airports. This would help reduce global CO2 emissions. A growth stop for regional airports, as proposed by the majority in the Dutch House of Representatives (Tweede Kamer), is a shortsighted point of view. That is the view of Jan Vos, micro-credit entrepreneur and former climate and energy spokesman for political party PvdA.
E-planes are quiet and have no local CO2 emissions. At the moment, fully electric two-seater planes are already in service. Next year, the first nine-seater will take to the air. Zunum Aero, an American company that has Boeing and Jetblue among its investors, is expecting to launch a twelve-seater e-plane by 2022.

Today Zunum Aero focuses on ‘energy sipping battery first flights’ with aircraft using electric propulsors. Those are fed by batteries in the wings and backed-up by a powerful range extender capable of delivering up to 1 MW of max power. The range extender will jump in when extra power is needed like for take off.
The plane has a range of more than 1.100 km this way,  is designed to go fully electric in the near future with batteries that are easily switched or extended to suit the distance to be covered.

Dag Falk-Petersen, CEO of the Norway public airports, announced last year that all flights under an hour and a half should go electric. In 2025, the first 19-seater e-plane will start flying and by 2040 short-haul flights in the country have to be electric. An example that should be followed in the Netherlands.
Stimulating early experiments in emission-free aviation is a huge contribution to a better climate. On a world scale, it is more important than the Dutch national climate agreement. Especially the Dutch airports, Schiphol and Lelystad, should count on e-flights getting them a lot of goodwill, also among its residential neighbours.

At the moment, the aviation industry does not think long-haul e-flights are possible in the short term. Battery capacity is too limited and their weight too high. Rolls Royce, Siemens and Airbus are working together on the first hybrid planes.
They will be quieter and less polluting on start-up and landing. This move has a lot in common with the car industry, where existing parties work on hybrid while start-ups go for 100% innovation.

An important factor in the evolution to e-flights is the cost of flying, CASM (Cost per Available Seat per Mile). CASM average is around ten euro cent. According to Zunum Aero, the cost for their e-planes should be around seven cent, a claim that is difficult to verify. Airbus CTO, Paul Eremenko, says hybrid electric planes will be “safe, efficient and cost-effective”.

In the Netherlands, Easyjet already announced to fly electric from Schiphol, but there is no national policy. The Netherlands trains some of the best aviation engineers, so why not invest in large-scale electric aviation?

Three measures could be a starting point. Firstly, start a Dutch legal frame with clear goals for a long-term electric aviation. This could provide security for the industry and regain trust in Schiphol airport’s future.

Secondly, a collaboration with Norway and other countries. A harmonious legislation could add a CO2 tax on flights to subsidize e-flying. Third possible measure: deploy Dutch financial means and knowledge to focus investments. These could also support existing projects to create a strong competitive position for the country.

The worldwide climate problem can be tackled by introducing new technologies. Once upon a time, only few could imagine the success of Elon Musk’s emission-free car. An important factor to make that work was a reduction of the price per kilometer by economies of scale in production.

It is not necessary to leave it up to entrepreneurs. The Netherlands have proved this with wind energy from the North Sea. The price of that in 2016 was a quarter compared to that in 2012 thanks to a successful public-private collaboration.

This success has led to a worldwide interest in wind energy and more business for Dutch companies. Collaboration is of the essence to tackle rising CO2 emissions. It’s the challenge of the century. 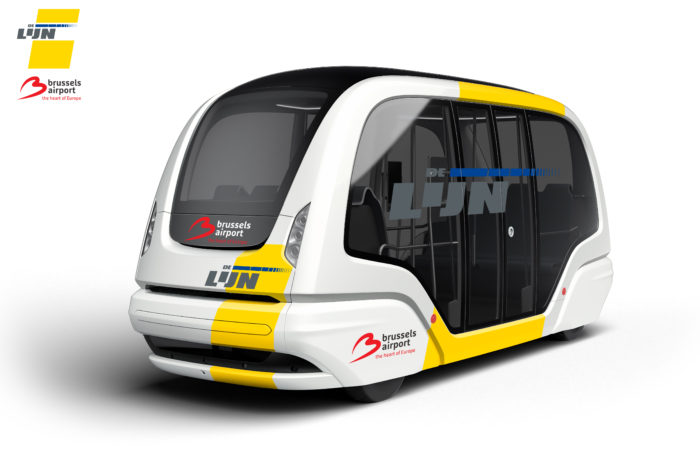 Dutch tech company comes into the hands of German ZF 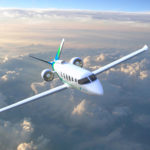