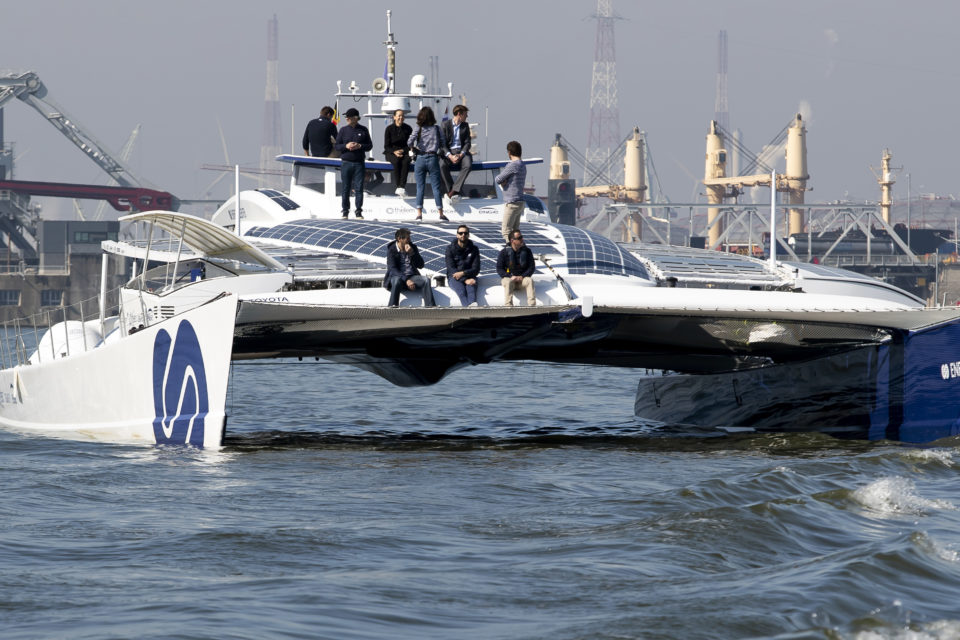 The visit of the ‘hydrogen ship’, the Energy Observer, in the port of Antwerp was the trigger for the Flemish green party to emphasize the importance of green hydrogen in energy transition /Belga

The Flemish environmental party, Groen, has embraced hydrogen as one of the solutions for an energy transition. Important condition: the hydrogen must be produced in a sustainable way.

Since Friday the energy research ship, Energy Observer, a former race catamaran, has moored in Antwerp. It’s part of its 6 year world tour to promote total sustainability and the use of hydrogen as an energy source.

Flemish green party leader, Meyrem Almaci, used her visit of the boat on Thursday to point out that there is a big need for a coördinated plan to use ‘green’ hydrogen in the economy.

In a spin-of of the party’s overarching climate plan, Almaci presented the party’s hydrogen strategy. “We want to use the visit of the Energy Observer as a symbol: green hydrogen can be an important answer to the problems of energy transition.”

Almaci stresses that there is no contradiction between industry, economy and ecology and innovation. “They have to work together to create the sustainable economy of the future.”

Almaci points also at the important role hydrogen can play in air and sea transport. Two sectors that are under green scrutiny because of their pollution problems and that they now are completely exempt of taxation on pollution.

“Especially in the port of Antwerp hydrogen can play an important role in the energy transition”, Almaci adds. “But this hydrogen has to be green and the expertise to do this is already partly present in our country.”

Almaci is referring to the prototype of a solar panel producing hydrogen developed by a research team at KU Leuven (Louvain University). This project must surely benefit of the so-called ‘Moonshot’ plan the Flemish government has just launched.

During 20 years the Flemish government will invest each year 20 million euro in pioneering research for carbon-neutrality. The green party appreciates this initiative, but thinks it’s by far not ambitious enough.

In the green climate plan it is foreseen that every year 400 million euro are invested in research and innovation to come to a sustainable energy society as soon as possible.

“Our plan for the extensive use of green hydrogen is an important pillar of our global climate plan”, concludes Almaci. 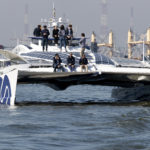